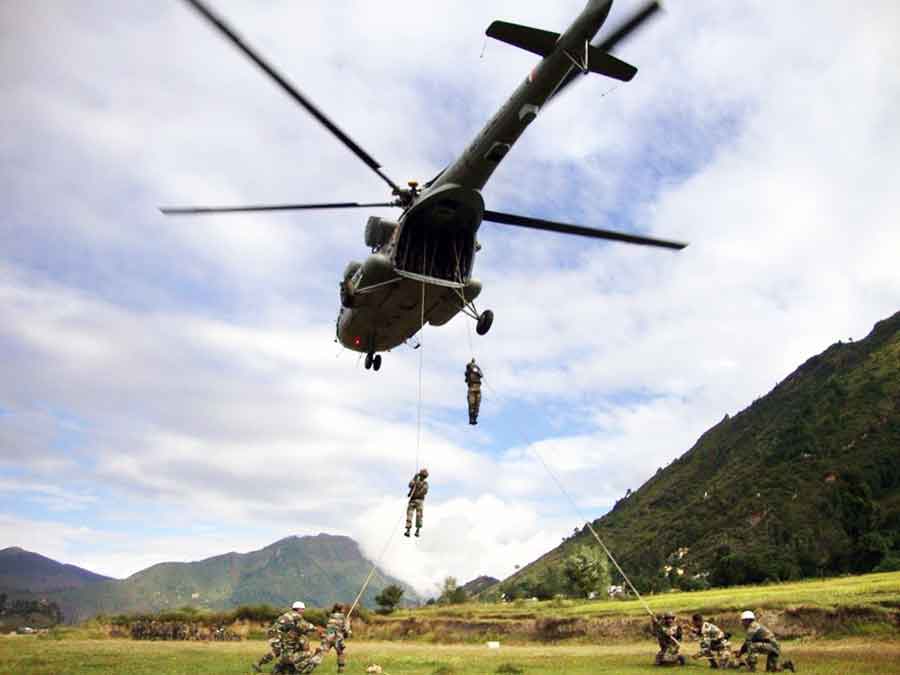 International law is based almost entirely on the values and norms of state action, and must change to reflect the applied norms of the international community.

International law is based almost entirely on the values and norms of state action, and must change to reflect the applied norms of the international community. In light of the growing trend of states employing humanitarian intervention, and in light of the growing acceptance by the UN (the forum of the international community), this paper argues there is today an established norm for the legal use of force by regional organizations for humanitarian purposes without UN Security Council approval. Regional organizations have performed this action in the past, and will likely be called to do so even more in the future.

The Kosovo War established the legality of regional organization intervention; a similar action against the Indonesian government by a regional organization would have been legal under international law as well. Through this trend in international law, we indeed have entered a brave new world of humanitarian protection from sovereign government humanitarian aggression.

Humanitarian Intervention as a principle

Humanitarian Intervention is generally defined as the threat or use of force by a state, group of states, or international organization primarily for the purpose of protecting the nationals of the target state from widespread deprivations of internationally recognized human rights. It developed out of the tradition of Just War and protection of nationals, and has arguably grown into a full-fledged principle under international law. Until as recently as the early 1990s there was great consensus that under international law a state could treat its own nationals according to its discretion.

Sovereignty, that all- powerful legal principle bracing Article 2 of the UN Charter, prohibited virtually any use of force outside of Article 51 defence from outside coercive aggression. Indeed, surveyed modern international legal experts and found that: In the lengthy discussions over the years in the United Nations bodies the variety of opinions canvassed has not revealed even a substantial minority in favour of the legality of humanitarian intervention. Opponents of intervention legality state forcefully that the Article 2 prohibition applies not to the purpose of force, but the act of force itself. Additionally, it was the unabashed intent of the Charter framers to assure that there would be no exception to the prohibition on the use of force other than for self-defence.

Events during the past decade reveal a widening against threats to human rights and international peace.

However, there has been intense debate throughout the international legal community about how far this prohibition on Article 2 non-defensive use of force extends. Some scholars have argued that because the force of humanitarian intervention is not directed at the territorial integrity or political independence of the state, it does not fall under the aggressive use of force prohibition of Article 2. Events during the past decade reveal a widening against threats to human rights and international peace. Regional organizations are also most familiar with the regional source of the threats, as well as methods of force and diplomacy to prevent them. Regional organizations also stand the best chance of ending or preventing human rights atrocities before they reach the threshold needed to spur international action.

Finally, regional organizations naturally incorporate their spheres of influence, and use of Article 53 naturally plays to their ability to settle disputes and ensure peace in their regions. Disillusionment with reliance on the UN is likely to produce, at least temporarily, a reduced role for the United Nations, and a greater reliance on regional actors, dominant states, and instances of an outright refusal to act. Thus, there was before Kosovo strong legal and policy justifications for some legality of regional humanitarian intervention without UN authorization. The results of the Kosovo War have removed any doubt.

In its efforts to help prevent conflict worldwide, There has been drawn the doctrine of the Responsibility to Protect (R2P), the principle that sovereign states, and the international community as a whole, have a responsibility to protect civilians from mass atrocity crimes. The responsibility of states and where they fail the international community, to protect civilians, leads to mass atrocity crimes. Overwhelmingly, prevention: through measures aimed in particular at building state capacity, remedying grievances, and ensuring the rule of law. But if prevention fails, R2P requires whatever measures – economic, political, diplomatic, legal, security or in the last resort military – become necessary to stop mass atrocity crimes occurring.

If a state fails to do so, the document says, it then becomes the responsibility of the international community to protect that state’s population in accordance…

Throughout the 1990s controversy raged — particularly over Rwanda, Bosnia and Kosovo — between supporters of a “right of humanitarian intervention” and those who argued that state sovereignty, as recognised in the UN Charter, precluded any intervention in internal matters. The R2P concept was aimed at bridging that gap. It originated with the report of the International Commission on Intervention and State Sovereignty, The Responsibility to Protect, in 2001, and became a central theme in the recommendations of the UN High-Level Panel, A More Secure World, in 2004 and of the UN Secretary-General, In Larger Freedom, in 2005. The world’s heads of state and government unanimously accepted the concept of R2P at the UN World Summit in September 2005. The Security Council has also accepted the general principle.

The United Nations, formed in the aftermath of World War II to promote peace and stability, recognizes the importance of sovereignty, especially for newly independent nations or those seeking independence from colonizers. The UN Charter says: “Nothing contained in the present Charter shall authorize the United Nations to intervene in matters which are essentially within the domestic jurisdiction of any state.” The principle does not rule out the application of enforcement measures in case of a threat to peace, a breach of peace, or acts of aggression on the part of the state. The Genocide Convention of 1948 also overrode the non-intervention.

…inaction in response to the Rwanda genocide in 1994 and failure to halt the 1995 Srebrenica massacre in Bosnia highlight the complexities of international responses to crimes against humanity.

Chapter VII includes use of military force by the international community if peaceful measures prove inadequate. The UN outcome document was unanimously adopted by all member states but is not legally binding. The doctrine was hailed by international affairs specialists as a new dawn for peace and security. In a 2007 the doctrine’s adoption begins to resolve the historic tension between human rights and states’ rights in favour of the individual principle to lay down the commitment of the world community to prevent and punish. Yet inaction in response to the Rwanda genocide in 1994 and failure to halt the 1995 Srebrenica massacre in Bosnia highlight the complexities of international responses to crimes against humanity.