Home  >  Spotlights  > Geopolitics  >  The UAE-Israel Agreement: A Step Towards Peace?

The UAE-Israel Agreement: A Step Towards Peace? 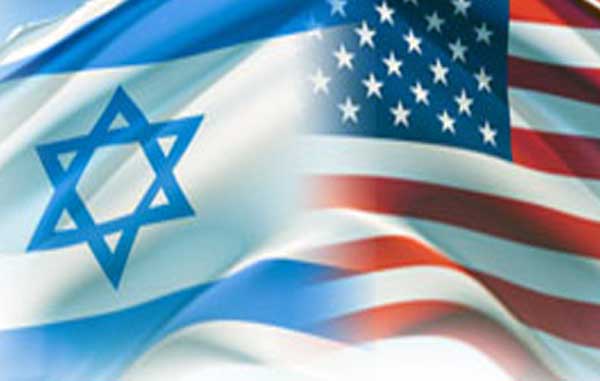 The US-Israel-UAE joint statement of August 13 might have come as a surprise for many, but for those following the trajectory of the growing contacts between the Arab Gulf States and Israel, this was long in the making. Released by President Donald Trump, the joint statement promises to normalise diplomatic, political, economic and cultural relations between Israel and the United Arab Emirates (UAE), strengthening the already growing political and diplomatic contacts between the two countries.1 The question, however, is how will it impact the complicated Israeli-Palestinian conflict and whether it will have any effect on the Israeli-Arab relations. Though only time will tell the true efficacy of the move, it is likely to positively impact the Gulf-Israel relations but unlikely to significantly alter the course of the Israeli-Palestinian conflict.

Notwithstanding the significance of the move, the timing of the announcement is important. It underlines President Trump’s attempt to show a tangible foreign policy achievement ahead of his re-election bid for the second term, especially given that the mismanagement of the COVID-19 pandemic has given Democratic contender Joe Biden a slight edge over him. The August 13 announcement might not help Trump’s effort to revive the Middle East peace process but it can be counted as an achievement for the “Deal of the Century” that the Trump Administration has for the last three and half years invested significant resources to bring to reality.

The announcement is indeed a momentous development akin to the 1978 Egypt-Israel peace or the Camp David Accord, as it came to be known. However, the likely impact of the UAE-Israel normalisation can be even bigger for the Arab-Israeli relations. This is especially true as the Camp David Accord only led to a Cold Peace between Israel and Egypt and did not gain much traction in the Arab world. But given the fact that some Arab Gulf countries have already expressed their support for Trump’s “Peace to Prosperity”2 plan and have quietly developed contacts with Israel, three things are quite clear.

Firstly, this is the clearest sign of change in the instance of the Arab Gulf towards Israel. The process began post-Arab Spring and the sharpening geopolitics in the Middle East (or West Asia) further expedited it. The threat perception among Saudi Arabia, the UAE and Bahrain vis-à-vis Iran’s regional policy and Israeli reading of Iran as a national security challenge led to increased security-oriented contacts between the Arab Gulf states and Israel. This was followed up with secret meetings between Israeli and Gulf officials as well as members of the royal families. While initially meetings were organised secretly in third countries, later they began to be held in public in Israeli or Arab territories. For example, a secret meeting between Emirati Foreign Minister Abdullah bin Zayed and Israeli Prime Minister Benjamin Netanyahu took place in Washington in 2012. The meeting remained a secret until it was reported in the Israeli media in 2017.3

Fast forward four years, in July 2016, an unofficial Saudi delegation led by a former Saudi military officer, Anwar Eshki, visited Israel to discuss prospects for the Arab Peace Initiative.4 In October 2018, Netanyahu visited Oman and met Sultan Qaboos while the Israeli Culture and Sports Minister, Miri Regev, visited Abu Dhabi along with the national Judo team participating in a Judo championship. Trump Administration’s effort to enlist the support of Arab Gulf States in reviving the Middle East peace process added to the rapprochement between the Gulf countries and Israel.

Secondly, the Gulf countries have worked towards overcoming the anti-Israel public opinion prevalent in the Arab-Islamic world. They have used various tools including popular culture, social media, and local influencers to moderate the public opinion that has largely been antagonistic towards Israel. For example, the Arabic entertainment channel, MBC, broadcast a television drama series Umm Haroun during Ramadan 2020 which explored the taboo issue of Jews who lived in the Arabian Peninsula.5 Similarly, Arabic newspapers owned or supported by members of the Saudi royal family, such as Asharq al-Awsat, have published columns advocating better ties with Israel to counter the Iranian threat.6 Considered a taboo until a decade ago, the public discourse supportive of better ties with Israel and in favour of improving Jewish-Muslim relations might not have been possible without the state patronage.

Thirdly, other Gulf countries especially Bahrain and Oman who have come out strongly in support of the Emirati move to normalise relations with Israel might follow suit. Saudi Arabia, Morocco and Qatar who also maintain unofficial contacts with Israel might eventually change their official position vis-à-vis Israel. Once the UAE-Israel normalisation agreement is formally signed, the Emirates will become the fourth Arab country to have done so. However, unlike earlier efforts at normalising ties between Israel and Jordan, Egypt and Mauritania7, which did not change the collective position of the Arab world, the normalisation of ties with the UAE, which is emerging as one of the most influential regional states, can be a breakthrough especially in terms of the Gulf-Israel rapprochement.

Notwithstanding the significance of the announcement for the Arab-Israel relations, the normalisation of the UAE-Israeli ties is unlikely to dramatically alter the course of the Israeli-Palestinian conflict. All Palestinian factions including the Palestinian Authority led by Mahmoud Abbas and Hamas that rule the Gaza Strip have been antithetical to the Gulf-Israeli rapprochement, and have condemned all moves by the Trump Administration to revive the peace process as biased in favour of Israel. They have reacted sharply to the August 13 joint statement and have condemned the Emirati move as a decision taken “at the expense of the legitimate Palestinian national rights.”8 Within Israel, the constituency supportive of the internationally accepted two-state solution based on the 1967 boundaries has become increasingly slender. It means that for any Israeli leader it will be difficult to give up claims over the West Bank, popularly referred to as Judea and Samaria in Israeli discourse. Though Netanyahu agreed to defer the West Bank annexation plan in lieu of this “diplomatic breakthrough,” it is unlikely to permanently alter Israeli claims over the Jordan Valley. This is especially so because it is critical to the Israeli security. It will also mean end of settlements in the disputed areas that will prove costly for any Israeli leader.

The normalisation of relations between the UAE and Israel is a historic development and a step forward in the rapprochement between the Arab Gulf and Israel. It can as well have a far-reaching impact on the regional geopolitics. For the Trump Administration, it can count as a significant foreign policy achievement, and for Netanyahu, it can be a gamble for his political survival. But, as far as the Israeli-Palestinian conflict is concerned, this may not be the breakthrough towards a lasting peace.

1.“Joint Statement of the United States, the State of Israel, and the United Arab Emirates”, The White House, August 13, 2020.

2.“Peace to Prosperity: A Vision to Improve the Lives of the Palestinian and Israeli People”, The White House, January 2020.

7.Mauritania was the third Arab country to normalise relations with Israel in 1999, but by 2010 the diplomatic relations were rescinded.