The Pakistan Army Missile Attacks in the Absence of a Shaky Afghan Army! 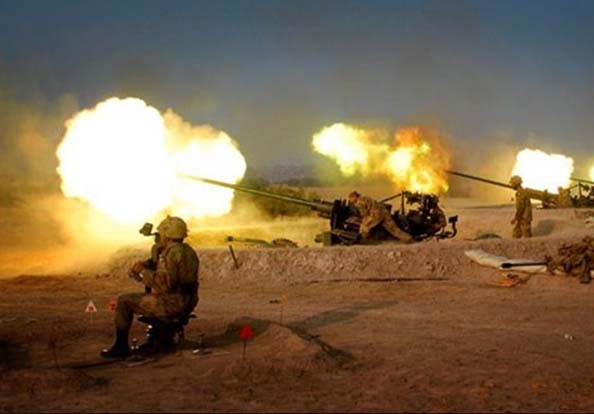 Pakistani-Style Attacks that Kill Civilians Rather Than the Military

Tehreek-e-Taliban Pakistan or (TTP) militants ambushed and attacked a convoy of Pakistani troops in North Waziristan province, which borders Khost in southeastern Afghanistan, on Thursday, April 14, 2022.The attack, vigorously defended by the Pakistani forces, killed seven Pakistani soldiers and four Tehreek-e-Taliban Pakistan (TTP) militants. The Pakistani army responded to this attack at midnight on Friday, April 15, 2022, in four villages in Khost province and another in Kunar province in southeastern Afghanistan.Therefore, This action by Pakistan against the civilian population in Afghanistan has always been a vindictive and cowardly response that killing civilians in political conflicts are against all human and military values.

The Taliban group Police Command has confirmed that six family members, including women and children, were killed in an airstrike by the Pakistani army in several villages, including the village of Shelton of Kunar province in the southeast of the southeast the country.Meanwhile, an influential local figure in North Waziristan told local media that at least 30 people, including women and children, were killed and 20 others wounded in the Pakistani army airstrike on four villages in southeastern Afghanistan provinces Kunar and Khost. Nevertheless, Today, the Taliban group has taken over all the affairs of the Afghanistan government and is treating the people of this land with unfavorable and violent practices. If Pakistan wants to confront its proxy and puppet group, Pakistani forces must stop violence and killing children against the Afghanistan civilian people. Therefore, This is neither show of forces nor military power, but Pakistan is in a confrontation with its puppet mercenaries who are sacrificing civilians in Afghanistan.

The Pakistani Air and Missile Strikes in Eastern Afghanistan

Bloody Clashes Between Afghan National Army and Pakistani Forces in 2016

However, Pakistan’s border encroachment on Afghanistan is nothing new and has not been unprecedented in the past. But the border clashes took place in 2016 on the Torkham border between Afghanistan and Pakistan with the presence of the Afghan National Army. But at the time, there were inevitable consequences due to casualties on both sides, especially the killing of a senior Pakistani military official by the Afghan army.At the same time, the Afghan and Pakistani media also paid close attention to the war between the Afghan National Army and Pakistani forces. It was the first time that Afghanistan media outlets at the scene of the conflict published images of it to the millions of domestic and foreign audiences around the world, which played a significant role in inciting public opinion and the Afghan people against Pakistan and Pakistani proxy groups inside Afghanistan.

The Complex Roots of the Border Dispute Between Afghanistan and Pakistan

During that war event on the border between Pakistan and Afghanistan in the Torkham port, we witnessed how Pakistan was introduced as an aggressor country willing to creep into a part of Afghanistan. The people of Afghanistan and the world praised the bravery of the Afghan security forces and the Afghan National Army in the face of the blatant aggression of Pakistani troops. But at the same time, it should not be forgotten that this event also had important and instructive lessons for Afghanistan, especially for the Pakistani army. Therefore, The border dispute between Pakistan and Afghanistan has had a complex root. But Pakistan has for years used trickery against Afghanistan’s colonial and puppet governments and weapons against the Afghanistan people and children. Finally, In these border conflicts, Pakistan has always nested its ethnic, religious, and proxy groups inside Pakistan and has worked against the national security and stability of the Afghan people. Today, the Taliban, who are commanded from Islamabad, cannot speak against Pakistan’s aggression and missile attacks on the territory of Afghanistan from the address of a government and a nation. So, the people of Afghanistan blame the Taliban proxy group on behalf of Pakistan for all these national and political conflicts crises in Afghanistan.