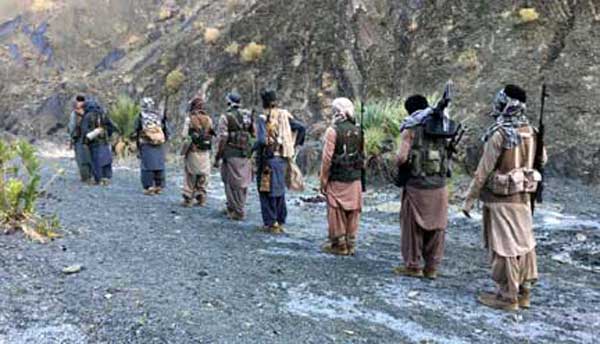 Despite pathbreaking advances in technology to obviate malfunctioning of machinery, incidents of equipment failure do occur, and helicopters are no exceptions. However, when two military helicopters meticulously maintained by the Pakistan Army Aviation Corps and flown by experienced pilots go down in as many months, something does seem amiss. The fact that both these supposed ‘accidents’ occurred in the restive Balochistan province of Pakistan further raises suspicions that it may not have been due to mechanical failure or pilot error.

ISPR rubbished this claim made by BRAS and it was largely accepted that the August 1 helicopter crash could have been an accident. However, it was ISPR’s tweet that the helicopter “Accident occurred due to bad weather as per initial investigations,” which raised doubts regarding the veracity of this declaration, because though the sky may have been overcast on that day, from an aviator’s perspective, it was definitely not ‘bad weather’. Furthermore, unless there’s an operational emergency or any other inescapable urgency, helicopters don’t fly in bad weather, especially with corps commanders on board.

Baloch Liberation Army [BLA] has claimed that its cadres had shot down the helicopter that crashed near Khost area in Balochistan’s Harnai district.  Its press release of September 26 reads, “Last night freedom fighters of Baloch Liberation Army arrested two personnel of Pakistan military in an intelligence-based operation near Zardaalo, an area in Harnai. Later, Pakistani helicopters arrived in the area. Baloch freedom fighters shot down at least one helicopter near Khost, Harnai, approximately 5 kilometres away from the area where Pakistani personnel were arrested. ….”

While ISPR has maintained a stoic silence on the alleged abduction of security force personnel by a Balochi armed group. It has also announced that this helicopter “helicopter crashed during [a] flying mission near Khost, Harnai Balochistan late last night [September 25].” Again, it’s the ISPR’s statement that has sowed seeds of suspicion for three reasons. One, despite the name of Naib Subedar Kaleem Ullah serving with Frontier Corps [FC] Loralai Scouts being circulated in social media as one of the persons abducted, the otherwise hyper-active ISPR hasn’t rebutted this information.

Secondly, while Pakistan army’s aviation corps accords due emphasis to operational night flying training in Balochistan, yet it doesn’t venture into ‘no-go’ areas like the Khost area of Harnai district since its rugged mountainsides are teeming with Baloch armed groups. Infact the influence that Baloch armed groups wield in this area can be gauged from the fact that it was here that its armed freedom fighters brazenly established a ‘checkpost’ on the main road and abducted Lt Col Laiq Baig Mirza and his cousin on July 12 this year. So, if this helicopter was indeed carrying out a routine night training “flying mission” in this area, then someone up the military ladder needs to explain why were six young army men unnecessarily exposed to avoidable danger!

Lastly, from the accoutrements visible in the photos of the deceased passengers released by ISPR, it is evident that at least two of them [Subedar Abdul Waheed and Havildar Muhammad Imran] belonged to Special Services Group [SSG], Pakistan army’s elite commando force. So, even if the helicopter was on a routine “flying mission,” as claimed by ISPR, what were two SSG commandos doing on board in the middle of the night? This inexplicable anomaly gives further credibility to the BRAS claim that this downed helicopter was one of the two attempting an operation to rescue some abducted security force personnel. Furthermore, since this Helicopter crash site [according to BLA] was “approximately 5 kilometres away from the area where Pakistani personnel were arrested,” the downed helicopter being here fits into the scheme of things.

So, it’s quite possible that Baloch freedom fighters had abducted one/two FC personnel near the Khost area of Balochistan and the Pakistan army had employed the SSG to launch a rescue operation at night and used two helicopters for this purpose. The helicopter that crashed was presumably the leading one [‘path finder’] and was only carrying a two-man squad comprising a Junior Commissioned and non-commissioned Officer. This ‘buddy pair’ were in all probability, tasked to slither down the hovering helicopter by using ropes to find the location of a suitable and safe spot where the next helicopter could similarly disgorge the balance of the rescue team that it was transporting.

Being launched by the SSG, it must have been a well-planned operation; the pilot and co-pilot too would have been especially selected on the basis of their experience and flying skills. Since BLA is not known to be in possession of anti-aircraft missiles, it seems that things went awry, either because BLA fighters were expecting a heliborne rescue operation, or it was just happenstance that the ill-fated helicopter came close enough for the BLA fighters to shoot it down. Whatever be the reason, the truth of this crash that of August 1, which consumed a dozen lives will never be known?

Post script: In his well-researched book ‘The Way of the Knife: The CIA, a Secret Army, and a War at the Ends of the Earth’, Pulitzer Prize-winning journalist Mark Mazzetti mentions how in 2004, Gen Pervez Musharraf allowed CIA to undertake drone operations on Pakistani soil as he “did not think it would be difficult to keep up the ruse,” because according to him, “In Pakistan, things fall out of the sky all the time.”

So, could it be that Rawalpindi is passing-off the recent helicopter crashes in Balochistan as mere ‘accidents’, just to “keep up the ruse”? And does PTI leader Fawad Chaudhary cryptic observation- “Heli flying is getting dangerous, this needs engineering evaluation, too many crashes …,” indicate that not everyone believes the ISPR’s ‘accident’ theory?