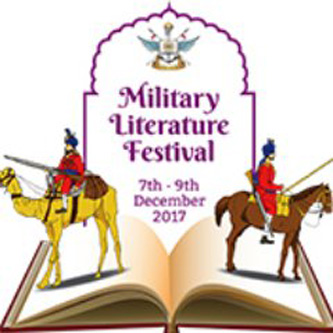 Chandigarh being central to Punjab & Haryana, both states which have contributed largely to the Indian Defence Forces makes an ideal hub for such an event.

The hustle and bustle around Lake Club reflected an atmosphere of charged enthusiasm and interest bringing in youth from schools & colleges as well as Veterans from defence forces.

While the focus was more on matters of military concern, there was much that the participants and audience got to learn through interaction and by merely listening in.

What we could learn & take home

Interacting with military leaders and soldiers who had earned national respect by being awarded with the Param Vir Chakra as well as those who had contributed the best of their lives for the Safety & Honour of our Nation generated much pride amongst the youth, while listening to stories about life in the army as narrated by the Ladies who “Married the olive Green” were a source of encouragement for our youth to join the OG family.

The talk on Military History was so informative and each participant spoke with honesty bringing out true perspectives of each war, 1947, 1962, ’65, ’71 and Kargil, while making mention of valiant actions at the individual levels, they most appropriately brought out facts on how military history is recorded by the Victor and not the vanquished , Churchill being a survivor who outlived Roosevelt, Stalin and others wrote War history which is still being read across the world while the Russians, Germans, Japanese and others have nothing to write about.

However true it may sound that only the victor records Military History, the fact that the loser writes “Lessons Learnt” holds equally true!

It would be appropriate at this juncture to mention that most of India’s troubles are shadows of the British Raj on the one hand and a lack of Wisdom with our leaders on the other.

While the National Military Debacle of ’62 and the responsibility for the loss of National Pride and many a life was clearly attributed to a “Clueless and Un informed Civilian Leadership” which needs attention of the current political dispensation who need to read the writing on the wall” Do not neglect Military Advice or Preparedness “when dealing with China or Pakistan. Victory in battle comes through hard earned preparation “of the Armed Forces by the Govt & not through tough words alone nor through mere preparations by the defence forces alone”. Let us not forget that the faultlines and flaw lies in “Demarcation of McMahon line” and our inability to Assert ourselves in these areas while the Chinese have done well at “Assimilation of Tibet”, we have merely succeeded in Alienating the NE.

Today, China has better infrastructure and we lag behind, development of infrastructure, equipping the defence forces, raising and maintain their morale being a responsibility that the Civil Govt in Power must not ignore was well brought out by the panellists, it cannot be Politicians/IAS vs the Defence Establishment at the cost of National Interest.

The brief discussion on the success, victory or stalemate of the ’65 war raised some questions regarding “Objectives of War at the National and Military levels” while Pakistan had laudable objectives, they were far beyond the reach of their army, India on the other hand had laid down achievable objectives, to that extent as brought out by Gen T S Shergill, it was a war won by India. The shock of ’62 resulted in awareness and propelled the Govt to “Modernise” the Armed Forces. After years, perhaps a better understanding of the requirements of Defence Forces by the Govt in power brought about this change and raised the slogan ”Jai Jawan, Jai Kisan” signifying in a manner the link between a Nations Economic needs and  the need to ensure the Security of National Assests?

’71 saw a war of a different kind, success can be attributed to many factors including that of a strong military leadership under the Late FM Manekshaw.

Stressing the relevance of historic comedy of errors, let us move onto areas affected by Insurgencies and Acts of terror, take the Seven Sisters in the East. We tend to look at material gains, political gains and personal gains at the cost of building a National Character and National Pride.

Character & National pride… a nation without these attributes is doomed to fail.

“We are one people, our enemies have made us one…distress binds us together, and thus united, we suddenly discover our strength”.

Germany: Ravaged by defeat, split by the Berlin Wall, its economy in tatters ; the resolve of German People have today brought it back as a world leader, a strong economy and a united Germany with the Berlin Wall removed. A Nation with Character, National Pride once more. They have shut down Nazi history and apologised for past atrocities.

Japan: Her economy destroyed, population devastated , mainland attack with nuclear bombs, Japan today is a world leader in Technology, her economy  prosperous, her people not heard complaining evening in the aftermath of a Tsunami or Nuclear Disaster.

Israel: Formed by a handful who escaped the atrocities of Russians and Germans, united by enemies to find their collective strength, leaders in new technology in agriculture, medicine, defence and armament , soft ware technologies, security to name a few. A proud Nation, made so by the sacrifice and devotion of her people.

We  on the other hand despite our Constitutional Responsibilities, have failed to assimilate the beautiful people , culture, customs, identity of both, the NE and the Kashmir Valley under the cloak of foreign intervention and support and short sighted policies!

Admittedly, there is foreign intervention and support overt, covert, financial and material as well as safe havens. However, why is it that we have failed to meet the human aspirations of our people? Both Kashmir and NE are Jewels of natural resources, environmental gems with deep forests and pristine lakes /rivers, rich traditions and culture, ideal tourist destinations, rich in resources. The mix of making businesses out of insurgencies and terrorism with Contractors, Politics of Vote banks which allow foreigners to settle ( Bangladesh, Rohingia, Nepalies, Chakmas) parallel tax regimes and govts being run by outlawed organizations have continued to keep the beauty and richness of these areas isolated for over 20 decades!

Recounting his experience in various States, Brig Pradeep Sharma commented that “Warped policies” have left us in a bind, resulted in a lack of trust and encouraged an environment which is insecure full of  disturbance as well as violence continued volatility/violence in such states.

I occupied the same hut in 1995 in  Nagaland which was used by my Father in 1958 and this is what the Village Council President had to say :-

He further went on to add that he also saw deployment in URI Sect of J&K in 1975 only twenty years after his Father’s Battalion was deployed in at URI, suggesting that a similar situation in many ways existed there too.

In contrast to the statement made by Gen T S Shergill on Winners & Losers in an Insurgent or Terror affected area, he said in such cases it is either Victory or Loss of the “People” since it is they who lose jobs, miss the pleasures of family and festivities. Citing examples of Punjab, Mizoram and Tripura where peace prevails and people have begun to reap the fruits thereof, he stressed the importance of “People Management” to develop National Character and National Pride.

In brief what this indicates to us is that we have been unable to rid ourselves of “US vs Them” psyche and failed to develop, encourage and meet the aspiration of Indian Citizens. Indians from the NE States refer to Indians from the Plains as “Indians”, the same can be seen in J&K in the valley. Come to Delhi and we refer to them as Chinkies or Tribals or Kashmiries!

It may be suggested that we need to look at the responsibility of Indians through our Constitutional Responsibilities:-

“WE, THE PEOPLE OF INDIA, having solemnly resolved to constitute India into a SOVEREIGN SOCIALIST  SECULAR DEMOCRATIC REPUBLIC and to secure to all its citizens: JUSTICE, social, economic and political; LIBERTY of thought, expression, belief, faith and worship; EQUALITY of status and of opportunity; and to promote among them all ; FRATERNITY assuring the dignity of the individual and the unity and integrity of the Nation”

“We, the people“—signifies the responsibility and obligation the Citizens are charged with…this includes each one of us without acceptation, therefore the Govt oF India , State Govts, the Politician and the Indian Administrative Services are included too in the discharge of this duty apportioned to all citizens by the Constitution .

It is with immense sadness that one realises the loss to each of us due to short sighted policies of appeasement , the rich colourful customs and traditions, beauty of forests and forest blooms( the worlds largest reserve of orchids, medicinal plants, wild life) and much more have been buried under disturbed conditions.

The recent formation of a Ministry for development of the NE states and announcement of “Ten” Points of action are in the right direction but rather late and have yet to see their execution unfold.

We need to draw policies in line with the aspirations of our people, keep in mind their DNA and genes. Encourage, sports, agro and forest based industry, tourism .

Look at the tribal laws and land reforms, changes in the form of agriculture.

Manage Identities to benefit the Nation by inculcating a sense of National Character & Pride.

Complimenting  HE the Governor Dr Badnore and the Chief Minister Capt Amrinder for the first of its kind in Indian history he expressed the hope of seeing more interaction between the Govt of Punjab and Service personnel , the next event perhaps could focus on what the Service Personnel /ESM could do to serve their Parent State. Given the rich wealth of experience and a diehard sense of loyalty, there is perhaps much that this segment of our society can give back and contribute.