The Men Who Saved Ladakh 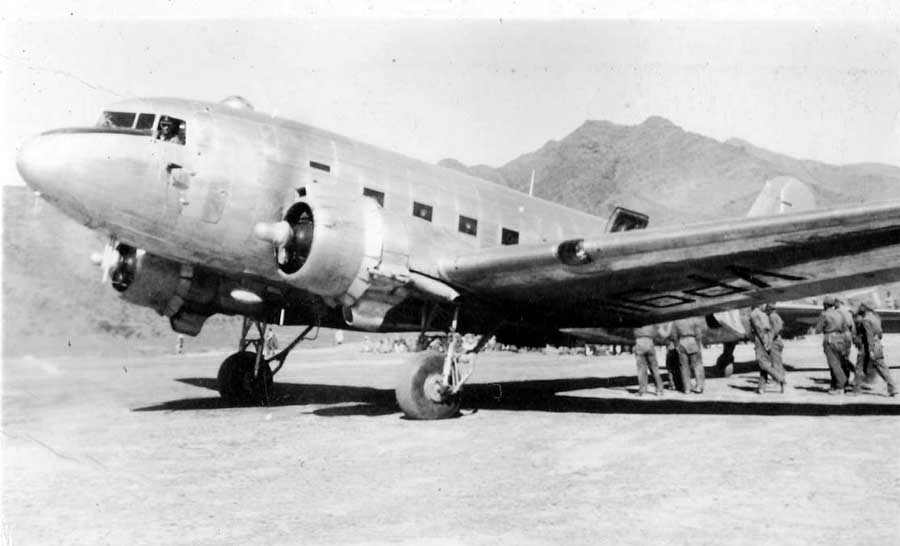 The land is so barren and the passes so high that only the best of friends or fiercest enemies would want to visit us. – A Ladhaki saying

Ladakh, the crown on India’s map, was the transit route of trading caravans to and from Central Asia with Leh as the communication and barter hub. The three valleys formed by the Indus, Zanskar and Shyok rivers provided the natural routes amidst mountains towering upto 18000 feet. Branching off from the Silk Route, caravans from Chinese Turkistan crossed over the Karakoram Pass moving along the Shyok River and onto Leh and thence along the Indus to Skardu and Gilgit West of Leh. Branching off Southwards from this route was Kargil and and across the Zojila to Srinagar. Towards the South East Leh was connected to Manali over the Rohtang Pass. The high altitude cold desert averages 11000 feet along the Indus which runs through Ladakh from East to West. 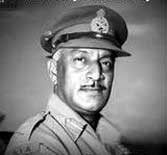 Following the Anglo Sikh War 1845-46 and the Treaty of Amritsar 1846, Jammu and Kashmir, including Ladakh and Baltistan was acquired by Maharaja Gulab Singh. British strategic interest in Baltistan bordering Afghanistan and Russia ensured constant interference in this region culminating in the entire region of Nagar, Hunza, Gilgit and Skardu being leased by the Maharaja to the British in 1935 for 60 years. With the impending lapse of British Paramountcy on 15 August 1947, the region was to technically and legally revert to Jammu and Kashmir State on that date. It was handed over by the British Political Agent to the Governor of Gilgit appointed by the Maharaja of Jammu and Kashmir on 30 June 1947. In a grave error of judgment, the British officers including the commander of the Gilgit Scouts, were retained by the Maharaja. A coup was staged by these officers on 31 October 1947 and the Governor imprisoned. Major Brown hoisted the Pakistani flag on 03 November 1947 and handed over the administration to Pakistan. 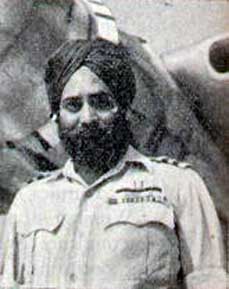 By Dec 1947 the small garrison at Skardu was besieged and in concert with the tribal invasion of other parts of the state, Pakistan aided tribals had advanced up the Shyok and Indus Valleys, the objective being Leh and ultimately entire Ladakh. The garrison at Skardu under Lieutenant Colonel Sher Jang Thapa of the State Forces held out for six months which proved crucial in delaying the enemy advance towards Leh.

Leh at that time was garrisoned by a platoon of 33 men of the State Forces. With no other means available to reinforce the garrison, Major Prithi Chand and Captain Khusal Chand with a company of 2 Dogra and two platoons of the State Forces set out from Srinagar on 16 Feb 1948, across the Zojila on foot crossing it in winters perhaps for the first time. They were accompanied by the British trained Sonam Norbu, the first engineer from Ladakh. He carried Rs 13,000/- for constructing an airstrip at Leh. The party reached Leh on 08 March 1948. The alternate route for reinforcements was from Manali over the Rohtang Pass which was too long and only negotiable on foot. It too was impassable in the winters 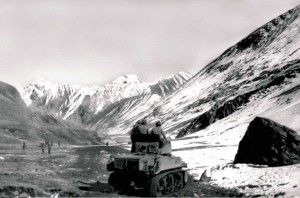 Construction of the airstrip between the Indus river bed and the town commenced on 12 Mar 1948 and a 2300 yards long makeshift airstrip was ready by 6 April 1948 through sheer physical labour. It was an outstanding achievement by any standard. Norbu had spent Rs 10891/- and deposited the balance amount of Rs 2109/- in the treasury. On 6 April 1948 he sent a wireless message requesting dispatch of aircraft and reinforcements immediately.

By 22 May 1948, Zojila, Kargil and Khaltsi and Tharu – along the Indus – on the outskirts of Leh, had been captured by the raiders. The land route from Srinagar was no more available. The enemy was at the gates of Leh. With no other means of reinforcing available, Leh could only be saved by an air link.

In the pleasant surroundings of cherry trees at Baramula, Major General Thimayya invited Air Commodore Mehar Singh, commanding the Air Force in J&K, in the third week of May to a strawberry cream party – a weakness of Mehar Singh. While Thimayya urged Mehar Singh to help relieve Leh, Mehar Singh explained that the Dakota transport aircraft were not designed to operate at such altitudes. They were not pressurized, had no oxygen for the crew and limited power to fly over the 18000 foot high mountains. The weather enroute was unknown and unpredictable. The Air Force then had only one squadron of Dakota transport aircraft and was very heavily committed in ongoing operations in Kashmir and Punch. Thimayya then offered to go along with the first aircraft and share the risks with the Air Force. Mehar Singh not only relented but also decided to personally pilot the first aircraft to Leh. It was a mutual agreement between the two with no clearance from higher headquarters. 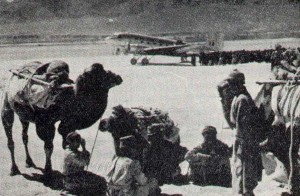 The airstrip at Leh was at approximately 11000 feet. No one had landed piston engine transport aircraft at such altitudes at that time. The airfield was aligned in a bowl with only one direction for approach and landing. The hills on the other side precluded any scope for ‘going around’ in case the approach was not right – in short it had to be right the first time. With no pressurization, no oxygen equipment, no maps, no navigation aids and no prior familiarization with the landing strip, Mehar Singh took off in a Dakota on 24 May 1948 with Flight Lieutenant SD Singh as his co pilot and with General Thimayya on board. Flying above 18000 feet and after negotiating the Zojila, Namikla and Fotula they landed at Leh. Aviation history had been created.

The weather did not permit flying for the next six days. An attempt on 31 May was frustrated by bad weather. Then on 01 June Air Commodore Mehar Singh led a flight of six Dakotas with a company of 2/4 Gurkha Rifles along with essential supplies and ammunition. After dropping the stores near the airfield Air Commodore Mehar Singh landed the first aircraft. The others followed. Leh had been reinforced. Immediately on landing the company of Gurkhas pushed westwards to hold the raiders. The local population had not seen a motor vehicle leave alone an aircraft and hurriedly brought fodder for the ‘flying horses’! A tenuous air bridge in the prevailing monsoon conditions was thereafter established.

As Zojila, Dras and Kargil were in enemy hands, the only land route available was from Manali over the Rohtang Pass.  A distance of over 475 km. A company of 2/8 Gurkha Rifles under Major Hari Chand was moved from Ferozepur to Manali on 28 May 1948. The company consisting of 151 men and carrying 600 rifles with ammunition and supplies set out on foot with all available porters and ponies. After traversing the over 17000 foot high Baralacha, Lachulung and Tanglang passes, the column reached Leh on 05 July 1948.

One company of 2/8 Gurkha Rifles under the commanding officer, Lt Col HS Parab, was moved from Ferozepur to Srinagar on 17 August. The Commanding Officer and the company were airlifted to Leh on 23 August. The remainder battalion moved on foot across the Rohtang pass reaching Leh on 18 September. Before being airlifted Colonel Parab had been appointed the Military Governor of Ladhak by a charter signed by Bakshi Gulam Mohammad. His orders from General Thimayya were ‘You will defend Leh at all cost’. On arrival he assumed command of all troops in Ladhak and set about pushing the raiders back.

Further reinforcements and supplies were thereafter air landed and carried across Rohtang on foot. Leh was saved and the enemy eventually pushed back. Zojila was captured on 01 Nov 1948 and Kargil on 23 Nov 1948. Colonel Parab’s troops advancing from Leh linked up with those advancing from Zojila on 24 November 1948. Further advance westward along the Indus was stalled by the winters setting in. The cease fire followed on 01 January 1949.

Ladhak had been saved by these intrepid men.

In a small plot on the outskirts of Leh is an enclosed compound with a dozen odd graves. Those passing by barely notice the compound. There lie some of those killed during the operations. Unsung, they too had helped save Ladhak.

7 thoughts on “The Men Who Saved Ladakh”