The jinx against women secret agents in R&AW 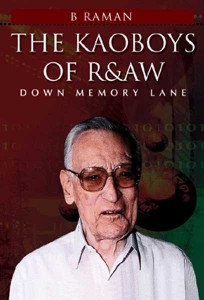 Till 1972, under the long-time Director of the USA’s Federal Bureau of Investigation (FBI) J. Edgar Hoover, only men could be FBI agents. After his death in May 1972, partly under the pressure of the equal rights laws, the FBI started recruiting women as Agents. The first two women agents of the FBI joined the FBI in July 1972 and underwent training in the FBI Academy along with men recruits. They and many other women who followed their example have since distinguished themselves as Agents of whom the FBI and the US can be proud .

The Office of Strategic Services (OSS), the Second World War precursor of the Central Intelligence agency (CIA),  had a few legendary women operatives. Well-known amongst them was Virginia Hall, who served behind Nazi lines in France.

Despite this, the CIA, which came into existence in 1947, inherited some of the prejudices of the FBI against women as secret Agents. There were many women who were recruited as administrative staff and analysts, but hardly any to serve as secret Agents in the top secret operations division.

As Valerie Wilson, a former CIA woman operative wrote: “CIA’s premier spy cadre was carefully recruited from the male, moneyed, white, establishment crowd that went to the Ivies. For the first four decades of the CIA’s existence, the very few females that got into operations were usually drawn from the secretarial or support staffs. These smart, persistent, and gutsy women tired of seeing the men have all the fun and back-doored themselves into case-officer jobs—meeting and recruiting assets, planning ops, and in some rare cases in the 1970s, managing operations overseas. These women were tough as nails—they had to be—and they poured everything into their careers, often at the expense of their personal lives. I met some of these women during my time at the CIA and they could intimidate me like nobody else. My female colleagues and I owe them a deep debt of gratitude for their groundbreaking careers.”

Despite the success of these women who managed to gravitate into the Operations Division from the Administrative or analysis divisions, the number of direct women recruits to the Operations Division remained low till Ronald Reagan became the President. During his presidency, under the pressure of the operational requirements for the covert war against the USSR in Afghanistan, the recruitment of women operatives to the CIA increased.

To quote Valerie Wilson again: “Under Director Bill Casey, the CIA loosened its recruitment policies, involving schools other than the Ivies. Additionally, they began hiring women specifically to go into operations. Of course, attitudes take a long time to change and many a dinosaur who thought women should really just be at home and not running clandestine agents still roamed the halls at headquarters.”

In 1991, 400 women employees of the CIA working in various divisions filed a class action suit alleging discrimination against women in the agency under various pretexts.An enquiry declared their complaints legitimate. Since then,  there has been an improvement in the position of women Agents who have been doing as well as their male counterparts. It took nearly 40 years for the CIA to admit that women Agents could be as daring, as capable and as successful as male Agents.The death in December 2009 ofElizabeth Hanson, an officer of the analysis division posted as the station chief in Kabul, along with seven of her colleagues in a suicide attack by Al Qaeda at Khost brought the much-deserved recognition for the women operatives of the CIA and their bravery.

In six of the most prominent agencies, 27 percent of senior intelligence positions were held by women.

In September 2010, women crossed another landmark in the history of the US intelligence community when Letitia A. Long became the first woman director of a major U.S. intelligence agency  taking over as the chief of the National Geospatial-Intelligence Agency, a Techint agency.

Reports published in sections of the US media at that time indicated that women represented  38 percent of the total intelligence work force. In six of the most prominent agencies, 27 percent of senior intelligence positions were held by women.

While women in the US had to wait till 2010 to be accepted as capable of heading an intelligence agency, in the UK, Dame Stella Rimington became the head of the Security Service known as the MI-5 in 1992 and continued in that post till 1996.The MI-5 had the distinction of being headed by another woman chief DameEliza ManninghamBuller from 2002 to 2007, during the Iraq war in 2003 and the London Metro attacks by some jihadi suicide terrorists in 2005.The MI-5 and the MI-6, the external intelligence agency known as the Secret Intelligence Service, had a longer tradition of accepting women as analysts and operatives on par with men than their US counterparts.

The R&AW under R.N.Kao was the first in the Indian intelligence community to induct women as officers to perform analysis as well as operational duties in the headquarters as well as in the field.

Till 1972, the Indian intelligence community had some women serving in administrative posts such as stenographers and ministerial assistants, but no officers serving as either analysts or operatives. The R&AW under R.N.Kao was the first in the Indian intelligence community to induct women as officers to perform analysis as well as operational duties in the headquarters as well as in the field. The first women inductees into the R&AW were taken on deputation from other Government services. Thereafter, three women fresh from the universities were directly recruited into the Research and Analysis Service (R&AS). This was followed by the induction of two women officers of the IPS and one economic expert on deputation. The Intelligence Bureau (IB) emulated the example set up by Kao and started taking women IPS officers on deputation.

Unfortunately, while the women intelligence agents of the US and the UK have been doing as well as, if not better than, their male counterparts, this cannot be said of the women operatives of the R&AW. Two of the deputationists of the 1970s created problems because of their alleged inability to maintain a low profile and their alleged habits of dropping names and throwing their weight around.

Of the three direct recruits, two got involved in embarrassing controversies due to personal reasons or professional inadequacies. The economic expert and the two IPS deputationists did well, but one of them went back to the State. Of the eight officers taken into the organisation since 1972, four were found to be professionally unsatisfactory.

Whereas in the intelligence agencies of the US and the UK, women analysts and operatives have been doing extremely well, it is perceived to be not so in the case of the R&AW. What is it due to? Careless selection? Inadequate training? Unfair discrimination and prejudices that come in the way of their giving off their best? One does not know the answers to these questions. While women officers  have been doing extremely well in other services and departments of the Government of India, it is said to be not so in the R&AW.

It is important to go into this in a professional manner to improve the intake of women officers into the R&AW and their performance.