The inside story of SLBM K-15 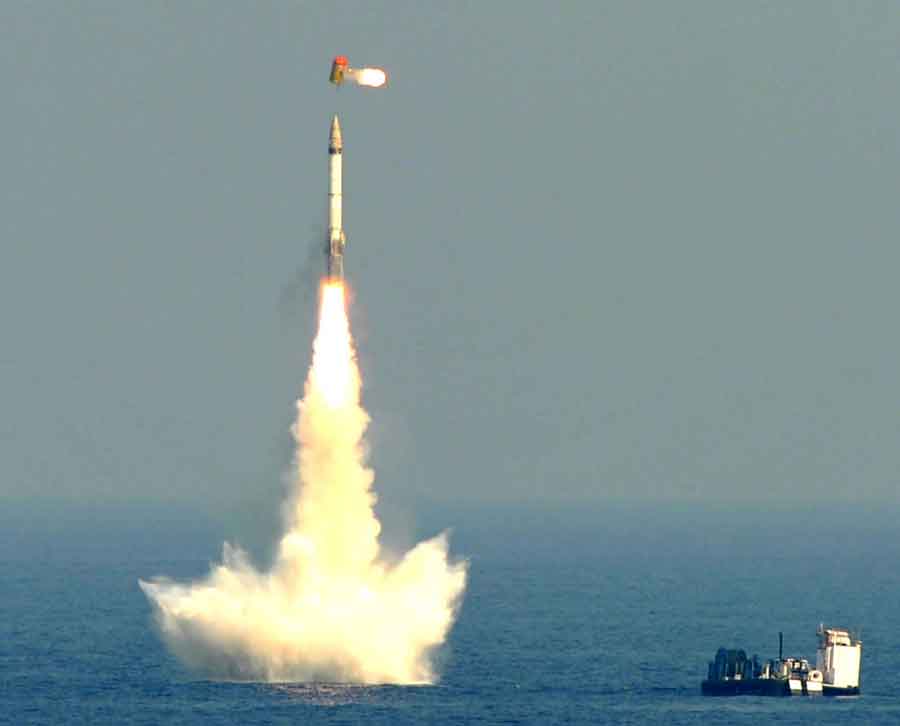 On January 27, 2013 somewhere in the East Coast of India the 10.22-metre long K-15/B-05 solid-fuelled SLBM with a 750km-range and under water missile hit a predetermined target at sea successfully in a final trial from an underwater battery operated submarine like platform at about 20 meters depth. A Dr Chakravarty, a senior capable scientist of the DRDO who IDU learns from media has just been retired undecorated was delighted, and someone phoned Vice Admiral PC Bhasin to inform and congratulate him.

Bhasin was a former DG of the nuclear submarine INS ARIHANT/ATV project till few years ago as Secretary to the GOI. Bhasin was a former Chief of Material(COM) at NHQ and also Director of the ATV project who as a young Lt prepared the Styx Missiles for the Osa class boats used in the 1971 to hit ships off Karachi. All liquid fuelled missiles worked perfectly to Admiral Gorshkov’s delight. Bahsin has since lived missiles and electrics all his life as an electrical officer.

Media has reported that R & D had begun the project in 1998 by an Indian Navy-led team, since at that time the DRDO has only some 200 missile scientists & engineers, none of whom had any experience in developing solid-fuelled rockets.

Media has reported that R & D had begun the project in 1998 by an Indian Navy-led team, since at that time the DRDO has only some 200 missile scientists & engineers, none of whom had any experience in developing solid-fuelled rockets. Mark what media reported Indian Navy-led team as only NDTV Rep was allowed access to the Naval Ship where the DRDO scientists were on the naval tracking and look out ship.

It now comes out that Bhasin was wondering in 1997 why is the Indian Navy building a nuclear submarine for over Rs 3000 crores with a 300 km nuclear missile like Dhanush. Though electrical Bhasin, known as Indian Navy’s Rickover after the legendary US Admiral Rickover who headed US Navy’s nuclear submarine programmes for years, asked Navy and DRDO to think of a Solid fuel missile from under water with longer range as K Santhanam of DRDO was also thinking on same lines. . Bhasin took the risk allocated around Rs 300 crores and a Dr Chakraborty and his team now named by media began work at DRDL Hyderabad with freedom. This is the way projects should go.

Much is secret of the components but HILIFE Batteries Hyderabad had built submarine batteries but the Navy would not test them as Navy has strong bonds first with Standard Batteries who supplied the 200 ton batteries for submarines and later Exide who bought out Standard. HILIFE went to court against the Indian Navy on ‘competition law’ to make Navy buy its superior and cheaper batteries and in court revealed they were supplying DRDO submarine batteries for a project. Now one can link up it was the first name given to the underwater missile SAGARIKA ‘from the seas’, but it was classified. Inadvertently at Aero India when President Pranab Mukherjee as Defence Minister admitted to a journalists question that there was project called Sagarika. The name was changed to B-05 after Bhasin and many say it was named Bhasin and his birthday 5th, but the Scientists said it should be Kalam-15 as former President Kalam is born on 15th October 1931 so K-15. Now its name is K-15/B-05 in the media. 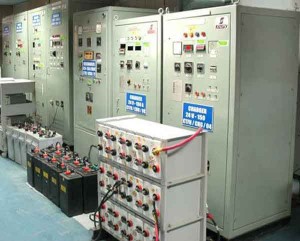 Two more test-firings are due in future, these being conducted from the Arihant SSBN sometime next year. The 27th Jan test-firing saw the K-15’s first-stage solid-fuel rocket booster being ignited inside a pontoon-based silo 20 metres under water & being lifted up to an altitude of 7km. Then the second-stage solid-fuel rocket ignited & lifted the K-15/B-05 to an altitude of 40km, following which the K-15 adopted a depressed trajectory flight-path. Being developed now is the follow-on 20-tonne 10.22-metre long but fatter K-4 SLBM which will have a 3,500km-range for the next ATVs with bigger plugs as increasing the range is now possible. This will be followed by an enhanced 12-metre-long version of the K-4 SLBM with a 5,000km-range. IDU congratulated Bhasin and Chakraborty and the unsung team and shows if Navy DRDO teams up with risk management sans bureaucracy more can be achived. In Navy we say BRAVO ZULU.