The IAF Fleet Needs Rejuvenating, And Needs It Now 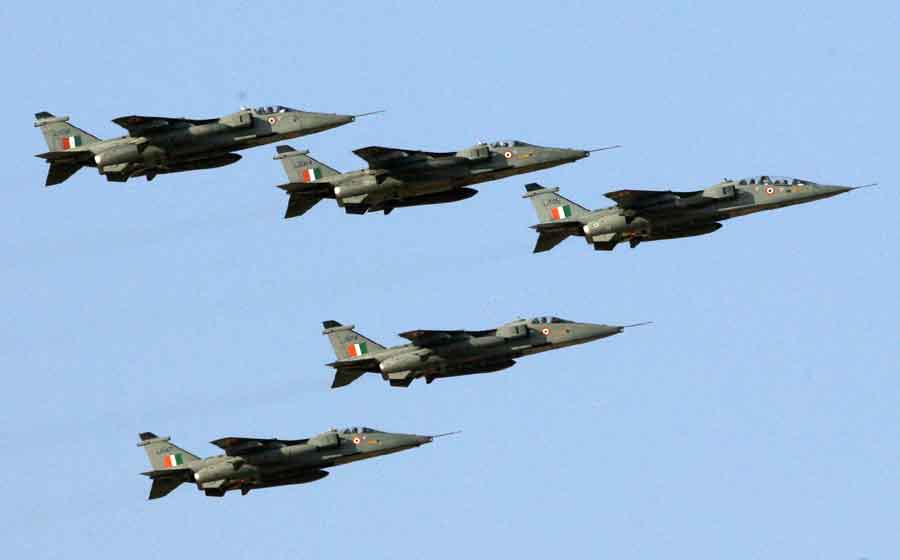 On 3 January 2017, Defence Minister Manohar Parrikar made a series of pronouncements on the country’s intended “Make in India” fighter project. Among the pieces of information revealed was that the next project will be for the manufacturing of a single-engine type, with a twin-engine production line to be considered in the future. The minister also made it clear that technology transfer and price competitiveness will determine India’s choice. 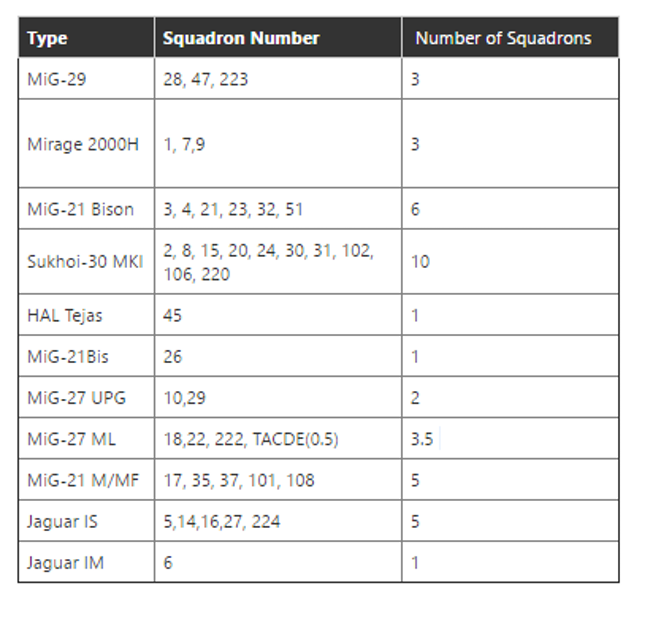 The Indian Air Force (IAF) has a requirement to supplement and eventually replace much of its fighter fleet with light (MiG-21), single-engine medium (Mirage 2000 and MiG-23/-27) and twin-engine medium (MiG-29 and Jaguar) aircraft being either available in too few numbers or being phased out. Of these types, the MiG-21 is on track to being partially replaced by the Tejas, while upgrades to the Mirage 2000, MiG-29 and Jaguar fleets, plus the purchase of 36 Rafales are in progress.

The current IAF fleet of 36.5 combat squadrons is comprised as follows:

It is intended that India replace its fleet of MiG-21s and MiG-27s by 2024. In order to accomplish this, there is a requirement for no fewer than 17 squadrons of combat aircraft in an eight-year period just to keep India’s fleet strength constant. This is a daunting task at the best of times and India’s current procurement plans seem to realistically allow for the direct replacement of these aircraft by four squadrons of Su-30MKI, two squadrons of Rafales, possibly five squadrons of Tejas Mk.1A and maybe one more squadron of Tejas Mk1 (there are questions as to whether 20 or 40 have been contracted for) in the stipulated period, provided of course production of the latter type can reach the desired rate of 16 per annum quickly.

Given that the IAF desires a strength of some 42 combat squadrons by 2027, leaving a shortfall of some five squadrons to keep the current level of 36 combat squadrons by 2024 and an additional six to meet the target strength by 2027. In these circumstances, it is clear that large-scale purchases of combat aircraft are likely over the next decade. The aircraft will be required to fulfill a variety of tasks including interception and air superiority, precision surface attack and close air-support to ground forces.

The Defence Minister has made it clear that two separate “Make in India” programmes will be considered – the first for a single-engine type and later for a twin-engine type. It has been speculated that for the former the F-16 and Gripen will be in competition, while for the latter the F/A-18 and the Rafale will compete for orders. Yet, even with the most optimistic of timelines, the induction of 11 squadrons of combat aircraft by 2027 poses a daunting challenge, especially if all the aircraft are to come under the “Make in India” initiative.

While India’s selection of new fighters will depend on capabilities offered, technology transfer and cost-effectiveness, it has to be recognised that there is a certain equivalence of performance among the types under review. All of them are multi-role aircraft with good manoeuvrability and adequate capabilities in all aspects of air-to-air and air-to-ground combat. The choice, therefore, should be made on the basis of the “package” offered rather than individual aircraft specifications as in this aspect the aircraft on offer are very similar.

Yet it is equally important that the procurement of aircraft, which undoubtedly needs to be done with alacrity, not impede, throttle or in any way adversely impact India’s own aircraft design and development which is now bearing fruit. The Tejas even in its Mk.1 version, offers very useful air defence and strike capability, especially being integrated with Python-5 and Derby air-to-air missiles and laser-guided bombs. In its Mk.1A variant, with deficiencies in its internal EW suite correct, it will be an even bigger improvement and prove a worthy successor to the MiG-21Bison in the light fighter category – being significantly more agile than the latter and possessing a vastly superior weapons and avionics suite. Too much work has been done on the Tejas not to facilitate its evolution into its Mk.2 variant, which should be a very good light multi-role combat aircraft.

Where possible, the new aircraft procurement should enhance India’s capabilities in aircraft manufacture, even if not feeding directly into the Tejas project. In analysing the “packages” on offer from the various manufacturers, India would need to ascertain the technology transfer benefits as well as any export potential of the aircraft and of becoming part of an integrated global supply chain. India cannot afford to go down the purely licensed-production route again which, while undoubtedly enabling the buildup of the IAF, has not brought commensurate gains to the Indian aircraft or avionics industry.

In considering new aircrafts for the IAF, it is very easy to overlook one combat role that is not going to be easily met by the supersonic aircraft under review and that is the role of close air-support. While the Tejas and larger aircraft such as the F-16, Rafale, Gripen and others are capable of delivering ordnance against ground targets, they are neither optimised nor ideal for the close air-support tasks currently fulfilled by India’s MiG-27s and MiG-21 M/MFs.

For this task, it is suggested that the proposed “Combat Hawk” – known as the “Advanced Hawk” by BAE – version of the BAE Hawk AJT has some significant potential. BAE produced 62 single-seat Hawk-200 combat aircraft between 1990 and 2002, the survivors of which are in service with the air forces of Indonesia, Malaysia and Oman. These were single-seat variants of the Hawk AJT and were fitted with radar, FLIR and enhanced weapons delivery capability.

If the proposed “Combat Hawk” is based on the Hawk-200 with additional enhancements to self-protection capability and the addition of improved PGM (perhaps including the Brimstone missile) and BVR missile (using the Derby in conjunction with ASRAAM or Python-5 WVR missiles) delivery systems, then this type could prove to be an extremely cost-effective and capable solution for India’s close air-support requirements.

This does not mean that the “Combat Hawk” should be procured instead of the F-16/Gripen (or more Tejas) as a single-seat combat aircraft. Rather, it is suggested that a combination of the F-16/Gripen, Tejas and “Combat Hawk” be acquired to provide the combination required to fill the IAF’s requirements for single-engine light and single-engine medium combat aircraft.

Whatever is chosen, the need is acute and nothing should prevent the government from taking prompt decisions to arrest declining force levels while increasing the capability of the IAF.

2 thoughts on “The IAF Fleet Needs Rejuvenating, And Needs It Now”