Home  >  Spotlights  > Geopolitics  >  The Himalayas: Mystique of our Northern Frontiers

The Himalayas: Mystique of our Northern Frontiers 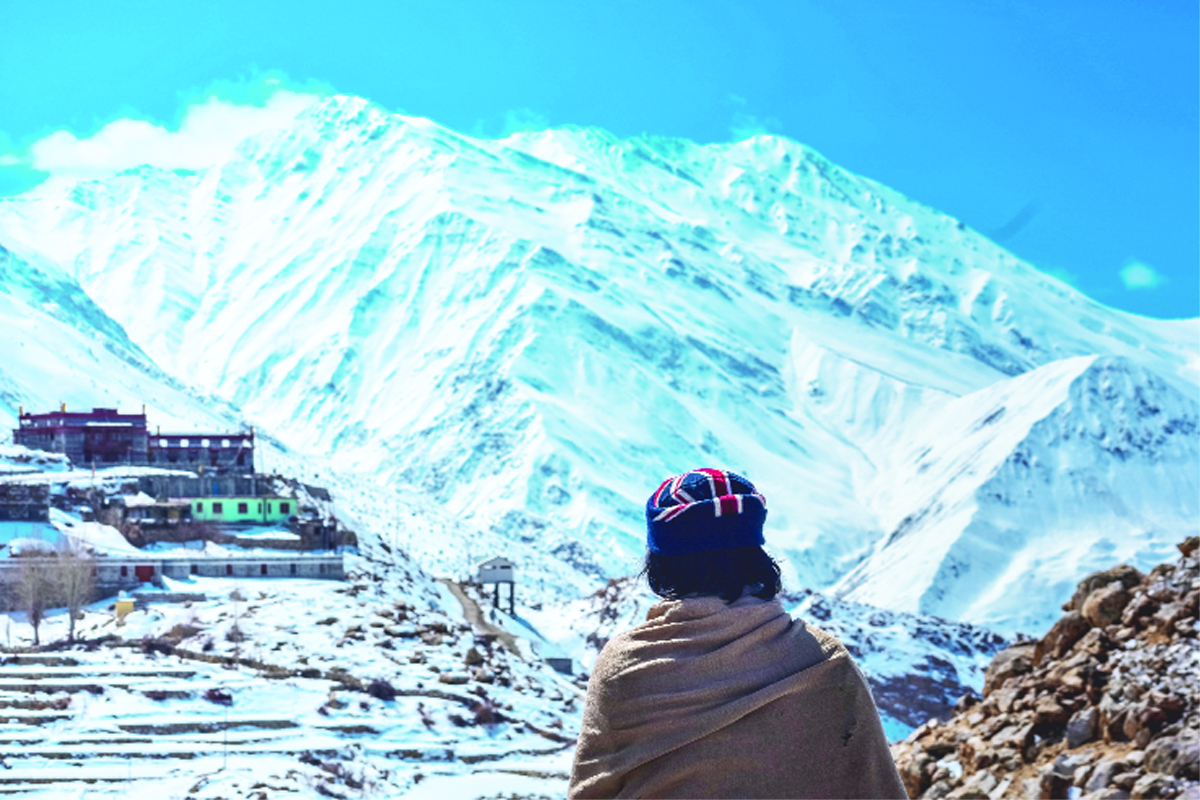 “The land North of Gangadwar is known to the wise as Paradise ground. Apart from this land, the rest is called earth elsewhere – Kedar Khand Skanda Puran”

Nothing sums up more than the quote above of the essence of Indian hood and its identity being derived from ages from its northern sentinel- the Himalayas. The northern sentinel of India has guided the nation’s masses from times immemorial as far as human mankind can recollect and has percolated with all its qualities in the very psyche of this subcontinent leaving almost every aspect of its existence touched with profound effect. It had been a done thing in the ages bygone for the elderly to move into the confines of Himalayas to seek “Van Prasta” or Sanyas after having fulfilled their familial duties. The “Ashram System” so deeply ingrained in the Hindu community in the days of yore though not practiced nowadays, says volumes of Himalayas casting its effect on the final leg of journey of an Indian. Ancient Indian scriptures have mentioned abundantly about the great immovable Himalayas. In the “Bhagwad Geeta” Lord Krishna says-“The Himalayas is a great Devatma, a great spiritual presence, stretching from the west to the eastern sea like a measuring rod to gauge the world”.

Historically Himalayas have always been India’s shield against all attackers and looters from up north. The Himalayas get the mythical historical linkages through many exploratory expeditions especially during the British era. The most ancient scriptures of the world our Vedas, Purans, Shiv Purans and other upnishads have clearly enunciated the invincibility of the human soul and how it is closely intertwined with the Himalayas. Starting from the western most edge of the range we have a raft of Hindu pilgrimage centers like the “Sharda peeth” (now in POK), the holy cave shrine of Amarnath dedicated to Lord Shiva the quintessential Vaishno Devi and not to forget the famous “Char Dham” shrines to include “Badrinath, Kedarnath ,Yumnotri and Gangotri to mention a few. Moving further north of these shrines into the TAR/Tibetan autonomous region we have the unmistakable famous sanctum sanctorum Kailash Mansarovar again dedicated to the “Destroyer of the world” Lord Shiva. The historical linkages of the great Himalayan region via research and explorations came to Europe through Alexander’s invasion of India about 325 BC.

After Alexander the great came some Greeks who explored up to Hindukush and the Pamirs .Old texts and other evidence suggests that the first white man set foot for the explorations on 30 th May 1624 to trace the Christians living in the Himalayas. Their route lay along Srinagar (Garhwal)-Badrinath- Mana pass and thence to the TAR/Tibetan autonomous region contiguous with China . The route finally reached Leh through its tributary on the upper Sutlej. Thereafter there were a series of expeditions by many missionaries from the Portuguese to the Belgians in that general area. 50 years later on in October 1714, another expedition equally intrepid was in Leh via Pir Panjal to Srinagar and then to Leh via the indomitable Zozi-La pass .From there it went to Lhasa in 1716 while bypassing the Siachen glacier.

It has been given to understand that the only map of the Himalayas and Tibet ,which had some authenticity was one which was made by the French geographer d’ Anville for his atlas of China published in 1735. However Lord Clive, before leaving India ordered the expedition by Capt James Rennel who was the 1st “Surveyor -General” of Bengal and was basically Tasked for route surveys and mapping. Subsequently after his retirement in 1777, he set about completing the “Great map of Hindoostan” from all available resources and all earlier expeditions. He had in fact demarcated the Himalayas clearly and had even indicated the rough alignment of the various glaciated regions as a difficult route to be avoided for any future movements into Tibet. The advent of 19 th century saw the two behemoth of empires viz the Czarist Russia and the Victorian England lock horns over their expansionist and hegemonistic designs spanning the central Asia as also the greater part of Indian subcontinent in a long drawn tussle known as the “Great game”. The “Great Game” as the name suggests was a virtual shadow boxing between St Petersburg /Czar Nicholas of Russia and Queen Victoria of England in gaining access to the warm waters of the Indian ocean as also to control the vast reserves of minerals ,oil etc in the ever volatile region of central Asia.

The “Great game started in the second decade of the 19th century threw up surprising facets encompassing personalities, places and events which cast even today a shadow on current events. Coming back to the region per se, the Himalayan region is approximately populated by 52.7 million people and is spreads across 5 countries to include Bhutan, China, Nepal, Pakistan and India. The Hindukush range to include the Hinduraj mountains in Afghanistan are part of the greater (HKH) Hindukush Himalayan river system. The Himalayan population belongs to distinct culturally isolated but indigenous people. These cultures- Hindu (Indian), Buddhist (Tibetan), Islamic (Afghanistan-Iran) and animist (Burmese-south Asian) have created here their own individual and unique place in this highly diverse landscape. As for the religious linkages are concerned, I don’t think personally any other mountain range has had a profound effect on the collective psyche of people as has the Himalayas. There are many cultural aspects of Himalayas which are unfolding even today to this date mesmerizing to no end the world at large. In Jainism, Mt Ashtpad in Himalayas is a sacred place where the 1 st Jain Teerahtankar Rishbhdeva attained Moksha. It is believed that after Rishbdeva attained Nirvana his son Emperor Bharta Chakarvartin ,had constructed 3 stupas and 24 shrines of the 24 Teerathankaras with their idols studded with precious stones over there and named it as Sinhnisndha. For the Hindus the Himalayas are personified as Himavath the father of the Godess Parvati. The Himalayas are also considered to be the father of Ganges. Two of the most sacred places of pilgrimage for the Hindus is the temple complex of Pashupatinath and Muktinath also known in Nepal as the Saligram, because of the presence of sacred black rocks called as Saligram. As for the Buddhists, they too lay a lot of importance on the Himalayas. Paro Takt sang is the holy place where Buddhism started in Bhutan.

The Muktinath is also a place of pilgrimage for the Tibetan Buddhists. They believe that the trees in the poplar grove came from the walking sticks of 84 ancient Indian Buddhists magicians or Mahasiddhas. They consider the Saligrams to be the representatives of the Tibetan serpent deity known as Gawo-Jagpa. The Himalayan people’s diversity shows in many ways. It shows through their architecture, their languages, and dialects, their beliefs and rituals as well as their clothing.

Another example of their diversity is that hand-woven textile display colours and patterns unique to their ethnic background which are worn by the Rai and Limbu women of Nepal. Just to give a glimpse to the readers of this article, there are innumerable precious metals, minerals to include geothermal borax, and sulphur in south east Ladakh. In Baderwah /Kishtwar of Jammu and Kashmir there are countless mines of Sapphire /Neelum discovered during the reign of Maharaja Ranbir Singh, which were further exploited by the British during their reign in India .In fact there are reports even of precious Gems stones and minerals found at Daulat Beg Oldie the highest airfield and the present place of standoff between India and China at the LAC. All in all Himalayas are the repositories of India’s art, culture and religion and act as a standard bearer for our future generations to emulate the qualities so generously bestowed upon us from centuries by this mystical mountain range.