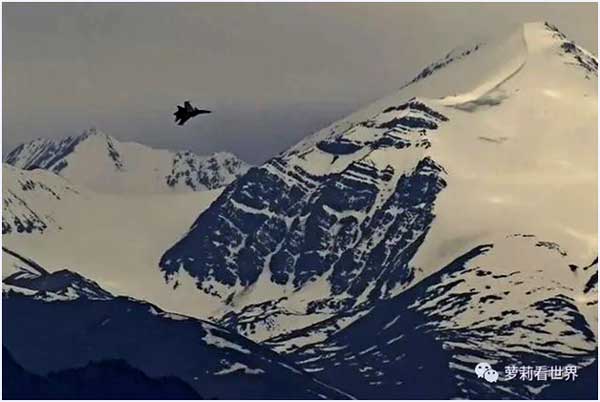 Won’t let an inch of land go! PLA Comes Up With a Frontline Base in Ladakh in Six Days, Is Indian Army Too Blind to Spot Accumulating Dangers?

Tree is quiet, wind is still. This is the current security environment in Ladakh.

India Today has reported, Indian troop build-up continues in Ladakh. The news report is consistent with the statement released by the country’s foreign affairs ministry. Earlier on, the Indian PM Modi has already publicly stated, the clashes between the two sides on June 15 were not triggered by China. On June 19, he (PM Modi) admitted “[China] has neither intruded into our territory nor taken over any post.”. However, the Indian army has no intention of admitting errors and correcting them. On June 25, an Indian foreign ministry official stated, the Chinese side has been amassing a large contingent of troops in Ladakh, and India had no choice but to undertake counter deployment (along the LAC). But the fact is, the scale of Indian troop deployment in the Ladakh region is several times more than the PLA. The Indian army claims to have deployed 80,000 mountain division troops. If these numbers include the additional 15,000 troops as reported by the Indian media is unknown.

Based on recent reports from multiple sources, the Indian army and Indian Air Force troop strength and military equipment deployment in Ladakh region has reached unprecedented scale. In addition to the combat troops, the Indian army has not only mobilised a large number of T72M1 tanks in the region, it has highlighted by emphasising on the superior field capabilities of T72M1 tanks. Besides, US manufactured advanced military equipments too have been deployed, including heavy-lift Chinook choppers, M777 light howitzer and what is adjudged the world’s best Apache military helicopter. In addition to dispatching a large number of transport aircraft (C-17, IL-76 and An-32), the Indian Air Force is tasked with deploying Su 30MKI fighter jets all across six frontier airports in Ladakh to serve as airborne security and deterrence missions. In comparison with the intensive deployment by the Indian army, China’s PLA has only crossed F4 ridge and constructed one commanding observation post – emphasis by translator. 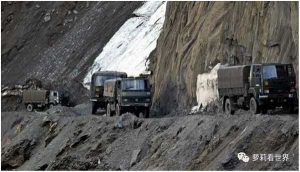 Russian military experts said China’s military strength (including personnel and equipment) in the disputed area is limited, whereas in the assessment made by the Indian army earlier, Chinese side had deployed 5,000 soldiers and some infrastructure construction personnel. Therefore, currently Indian troop presence and scale of equipment deployed are definitely far more in numbers than the PLA. However, the Chinese army has just recently demonstrated their strength in rapidly moving combat troops from the interior to the western border, including the actual war-like combat exercise of the airborne combat troops. In other words, China can quickly deliver strong troops to the Ladakh region in shortest possible time, and can ensure smooth and unimpeded logistics supply. Naturally, this is where the Chinese army’s rock-solid confidence lies. During border clashes in 1962, the 50, 000 PLA soldiers defeated the four times bigger Indian army, which is still remembered as shameful defeat by the Indian side. 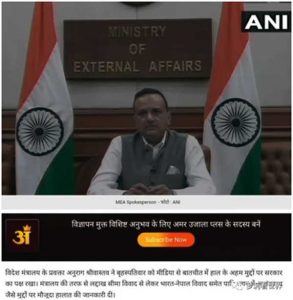 Although in sixty years the Indian army has grown from strength to strength and has climbed up to the fourth best army in the world (Indians reckon themselves to be the best), it (the Indian army) still lags behind the Chinese army by a huge gap. The Indian army’s biggest hidden danger is that their weapons and self-sufficiency rate is only about 10% and nearly 90% of their weapons and ammunitions are imported (the joke is Indian weapons come from ‘ten thousand’ countries). As a result, India’s ammunition reserve is too difficult to build and its management is equally chaotic, which seriously impacts the country’s war strength. The Indian Parliamentary Standing Committee on Defence (SCOD) report has shown, in the army’s ammunition reserve, in 50 per cent of the types of ammunition, the holding was critical or less than 10 days. Mr. Rajnath Singh, recently in Russia to attend the Victory Day Parade, while on one hand urged the Russian government to deliver the S400 air defence missile as soon as possible, on the other hand he placed a huge order for the purchase of land and air equipment and ammunition, including T72/90 tank shells and various types of air-launched missiles carried by SU-30MKI jet fighters. 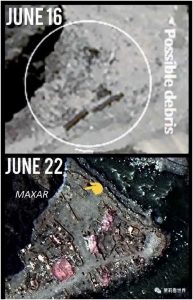 An American military expert had pointed out during NATO 2019 information exchange event, at present Chinese military is closest in the world to the US standards in comprehensive combat mode. Different from its “crowd warfare” character in the past, the PLA now pays special attention to the use of medium/far/near firepower. The PLA will first put into use large-scale long-range artillery and rocket artillery, and invest its ground force only after much of the enemy firepower and combat power has been destroyed.

Therefore, it can be said, the Indian army is dangerously unmindful of what awaits it in Ladakh.

The Indian army’s front command force in Leh has obtained reconnaissance satellite photos from June 16-22 period of the Ladakh region. These pictures have led them to arrive at the incredible conclusion of how in just six days China has been able to build large-scale frontier base with complete facilities. They (the Indian army) have been compelled to react with awe to the infrastructure crazy Chinese capabilities!

2 thoughts on “The Chinese View”