The China-India-US Triangle: Changing Balance of Power and a New Cold War 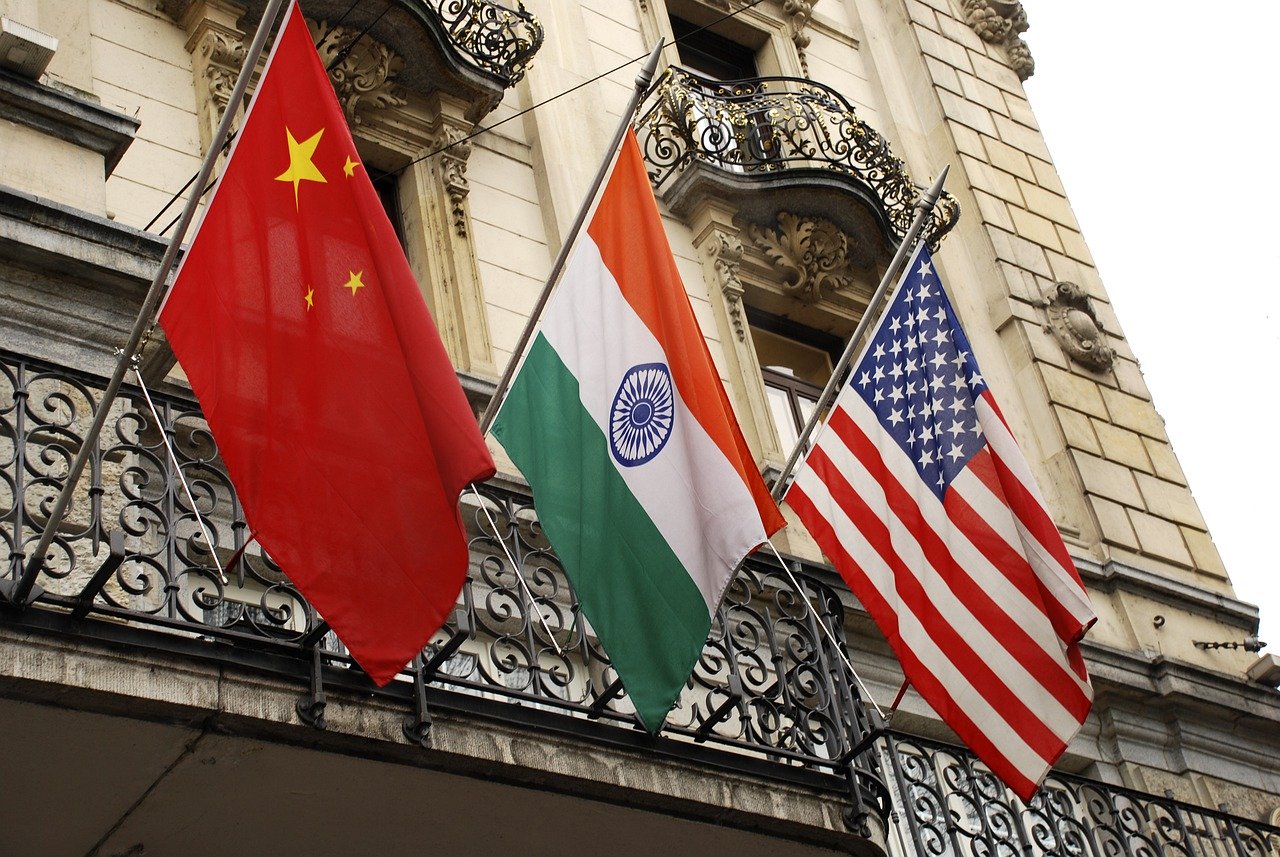 China’s ascent to great power status during the last 30 years has altered the power equation that had existed in the 1990s between China and India and China and the United States (US). In 1990, China’s GDP of US$ 360 billion was roughly equivalent to that of India’s; today, it is some five times larger at $14-plus trillion. With respect to the United States, China’s GDP in 1990 was 20 times smaller, whereas today that gap stands narrowed to 1.5 times smaller.1 The remarkable increase in the size of China’s economy enabled it to step up allocations for its armed forces and enhance their technological capabilities. At an estimated US$ 266.5 billion, China’s defence expenditure is some four times larger than India’s and nearly a third of America’s. This has enabled the People’s Liberation Army-Army (PLA Army) to embark upon a sustained modernisation programme aimed at transforming itself into a “modern, mobile, and lethal ground force”; the PLA Navy to emerge as the largest in the world with 350 ships and submarines; and the PLA Air Force to field some 2,000 combat aircraft, increase the number of 4th generation aircraft in its inventory, and recently test fly a new fifth-generation stealth fighter.2

In the wake of the power gap that has yawned between China and India during the last decade or so, China is keen to transform the erstwhile co-equal relationship into a hierarchical one. Whereas China’s objective until recently was to tie India down within South Asia through support for Pakistan, it is now determined to supplant India as the leading power in the Indian subcontinent as well as become a predominant power in the Indian Ocean Region. Evidence in this regard include:

Given its emergence as a rich and strong country with vital interests spanning the globe, China expects India to demonstrate awed subservience by accepting China’s emergence as the leading power in South Asia and the Indian Ocean Region, embracing and benefiting from Chinese geopolitical projects such as the Belt and Road Initiative, and refraining from security cooperation with the United States. In effect, China would prefer India adopting a policy of short-term appeasement and long-term bandwagoning.

With respect to the United States, the changed power equation has led China to articulate the need for a new type of great power relations entailing respect for the other state’s core interests in its home region: China respecting American interests in the Americas and the Eastern Pacific, and the United States respecting Chinese interests in the Western Pacific and Asia. In effect, China would refrain from intervening in the Americas and the Eastern Pacific in return for America abandoning its security commitments to East and Southeast Asian countries as well as accepting Chinese sovereignty over some 80 per cent of the South China Sea. In other words, in return for China acknowledging American primacy in the Western Hemisphere and Eastern Pacific, the United States should concede to China a sphere of influence in the Asia-Pacific, which, in the words of Foreign Minister Wang Yi, “has been the home and root of the Chinese nation for thousands of years.”4

With a view to generate broader diplomatic support for building such a sphere of influence as well as to couch China’s quest for Asian hegemony, President Xi Jinping had issued the call of “Asia for Asians” early in his term, which envisages the people of Asia themselves running the continent’s affairs, solving its problems and upholding Asian security.5 Finally, to ensure that America is discouraged from even contemplating a military intervention in Asian contingencies, such as China’s conquest of Taiwan, China has developed the Anti-Access Area Denial strategy based on a network of missiles, sensors, and guidance technologies.

The net effect of America withdrawing East of Guam and India accepting Chinese leadership in South Asia and the Indian Ocean Region would be Chinese hegemony in the region stretching between the Western Pacific and the eastern seaboard of Africa, i.e., the Indo-Pacific – a term that China ironically opposes, viewing it as a geopolitical construct aimed at containing Chinese power and influence. If Russia were to concede politico-military leadership in Central Asia to China, which appears probable given the growing power asymmetry between the two countries, then Chinese hegemony would descend upon both continental Eurasia and maritime Indo-Pacific.

India and America are, however, not willing to accept a redefinition of their relationships with China entailing the abandonment of their respective long-held national interests. The international political system does not have a legal or institutional mechanism to effect such a redefinition of inter-state relations in tandem with changes in the balance of power between them. Such redefinitions, when not voluntary, are brought about through victory and defeat in war – the final argument of kings. War is, however, not a rational, cost-effective means to settle disputes between nuclear weapon states because nuclear weapons have, as Martin van Creveld observed, severed the link between victory and self-preservation.

What does this stalemate mean for India-China and China-United States relations and more broadly to the Asian international order? The only historical experience we have in this regard is the Cold War between the United States and the Soviet Union. That conflict ended when the Soviet leadership realised the relative inferiority of its politico-economic system in mobilising moral and material resources for the global ideological-cum-power struggle. A new Cold War may be said to be emerging between China and the United States driven by the irreconcilable interests detailed above.

Over the last 10 years or so, America has been gearing itself up to tackle the China challenge. It has rebalanced the military posture towards the Indo-Pacific, reaffirmed security commitments to Asian allies, forged new strategic partnerships including with India, Indonesia and Vietnam, declared its intent to preserve freedom of navigation and overflight in the South China Sea and the airspace above it, recognised China as a great power rival that poses a geopolitical challenge to its interests and an ideological challenge to its values, and, in the wake of the COVID pandemic, America has initiated measures to decouple its economy from the Chinese economy thereby reducing dependence and vulnerability.

Some sections of Indian political and intellectual opinion warn against India taking sides in this new Cold War. They advocate the virtues of nonalignment and highlight the wisdom of reprising another version of the policy. What they overlook, however, is the fact that one of the adversaries in the new Cold War, namely, China, is a neighbour that has been in occupation of Indian territory for 50-plus years, lays claim to other large portions of Indian territory, and whose expanding power and influence in the neighbourhood threatens India’s security, interests and influence. Even Jawaharlal Nehru, the progenitor of nonalignment, came to understand this when he declared after the 1962 War that there is no nonalignment vis-à-vis China. Not only did Nehru seek American military aid during that war, but subsequently came to view the Soviet Union as India’s second front and India as the Soviet Union’s second front in the event of either country finding itself at war with China. Within a decade of his statements, India entered into an alliance with the Soviet Union in order to constrain China from intervening in the 1971 India-Pakistan War.

With Russia viewing China as a partner and therefore likely to at best exert friendly persuasion on China to refrain from an open conflict with India, it is but inevitable that India is forging security cooperation with the United States and its Asian allies so as to be in a better position to deal with the challenges posed by China. China’s brazen and unprovoked military occupation of territory along the border with India since April is likely to accelerate such cooperation as well as initiate the process of decoupling the Indian from the Chinese economy.

To sum up, the change in the balance of power between India and China has introduced a disequilibrium in India-China relations. The series of crises since 2013 is a result of this disequilibrium. More such crises are likely to arise not only over the boundary issue but also over China’s and India’s conflicting interests in South Asia and the Indian Ocean Region. In a similar vein, when China’s power becomes equal to or surpasses that of America during the course of the 2020s, Sino-American relations are likely to be buffeted by crises in the East and South China Seas and the Western Pacific. The rival actions and reactions of China, India and the United States – the three main actors in the Indo-Pacific – are likely to determine the pattern of the new Cold War. The key to success in this power struggle would be a strategy that mobilises national resources, fosters diplomatic and military coordination, and rallies international opinion against China’s pursuit of socialist imperialism.

is a Research Fellow at the Institute for Defence Studies and Analyses.