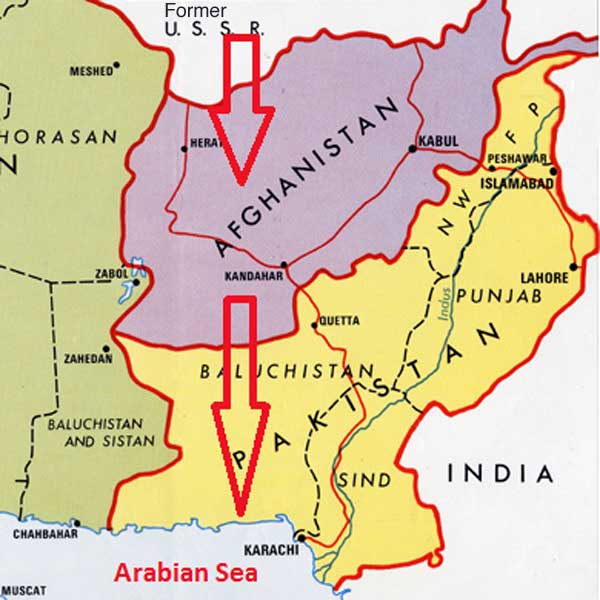 The Doklam issue stands resolved after a nearly 73-day standoff, at least for the time being. It has been a tremendous battle of nerves and resolve on part of the Indian Army’s to not only intervene in time, but hold on to their positions steadfastly and give adequate time until diplomatic parleys finally found a successful breakthrough. This has once again shifted focus back to India’s traditional adversary – Pakistan.

Time and again, whenever there is a terrorist strike in J&K or elsewhere in the country, there are endless debates in the media, news papers get filled with all kinds of ideas on responses that must be galvanised into powerful actions in order to make Pakistan pay more for its misadventures against India which it routinely denies and stresses the activities as having been carried out by ‘non-state’ actors that they are never aware of. This hide and seek has been going on since the decade of the nineties more proactively, but at large for close to seven decades.

Often enough, there has been a debate on the possibilities of a conventional war under the nuclear threshold. However, it is about time to debate and discuss Pakistan’s threshold of conventional response to India’s trans LoC raids that Delhi should decide to undertake at a time and place of its choosing the moment it is able to trace back its linkages of terrorists striking Indian territory that lead back to the Pakistan establishment or terrorist outfits based inside Pakistan. The latest trend in Pakistan is that these terrorists outfits are in the process of being ‘converted’ into a legitimate political force by forming political parties with stakes in governance making it even more difficult to detect and act against them.

There are two specific instances, when it nearly came very close to a full-scale war scenario. First, when mountaineous heights in the Kargil sector, overlooking Srinagar-Leh highway were occupied in May 1999 by the Northern Light Infantry (NLI) having the full back up of the Pakistan Army; and second, when the Indian Parliament was attacked in 2002 by Pakistan-supported terrorists belonging to the Lashkar-e-Taiba (LeT) and the follow on full-scale mobilisation undertaken by the Indian Armed Forces in preparation to an armed response to Pak-sponsored terrorism in India.

However, in these cases, actual conflict and full scale mobilisation follow through was controlled due to what some believed to be  ‘deft diplomacy’ while some others argued the nuclear flashpoint on either side. Whatever may be the case, the fact of the matter is that these terror strikes on India from across the border have continued unabated with a varying degree of intensity and frequency. The number of terror camps and launch pads across the Line of Control (LoC) in Pakistan-occupied Kashmir has gone up as per Indian Army’s Northern Army Commander Lt Gen DevrajAnbu. Militants waiting to cross over to this side (via the LoC from PoK) are nearly 250 in north Kashmir and around 225 in south of PirPanjal (Jammu region) he said recently. The internal NIA raids on separatists and the killing of top militant leaders by security forces have helped in improving the security situation in Kashmir.

In September 2016, in response to the terrorist attack on Uri very close to the Line of Control in which 19 Indian Army soldiers were martyred, a response called ‘surgical strike’ was crafted and undertaken by the Indian Army. The term generated more political spin offs than military pay offs. But once again, it did not put a complete stop to the regularity of terror strikes in the Kashmir valley.

Notwithstanding the statements at the global level against terrorist strikes, the situation on ground has remained unaltered for decades now, due to the conflicting interests of various stakeholders on the Global War on Terror (GWoT). It emerges that the response to these terrorist strikes have to be undertaken by the victim states themselves, given that there appears to be just no possibility of a joint or collective action at the regional or global level.

The attack on the Amarnath pilgrims on 10 July 2017, in which seven yatris were killed and 14 seriously injured, has once again sparked a debate on the possibility of taking stronger action against the perpetrators of the crime. However, one big change that has taken place this time is that unlike earlier occasions, the terrorists groups operating from Pakistan particularly the LeT have not really come forward to stake claims to this strike fearing an adverse reaction from the international community. That notwithstanding, the method and timing of the attack are clear indicators that this strike too was on the lines of an established pattern of the past.

This brings us to the real question of India’s options to deal with such situations adequately not only to douse the public outcry on this unabated heinous crime, as also to raise the costs to the supporters of this proxy warfare that seems to be waged with impunity. For long, New Delhi has taken the moral high ground of not getting involved in a ‘tit for tat’ action to this low-cost, vaguely deniable interference by Pakistan; but that seemingly has only emboldened India’s adversary.

Pakistan has smartly tried to takeIndia’s ‘increasing’ threshold of tolerance and its own ‘nuclear umbrella’ for granted. What has given boost to its recent boldness is its strategic partnership with China and veto power protection given by Beijing to keep Jaish-e-Mohammed Chief Maulana Masood Azhar.

There have been heightened activities of Pakistan-supported terrorists in the valley with proactive trans-LoC support from across. There are rumblings already of Chinese getting emboldened to interfere in J&K scenario due to its own strategic partnership with Pakistan, based on the Indian response of siding and interfering on behalf of Bhutan in the just concluded standoff in Doklam. Besides, the ‘nuclear and Chinese umbrella’ that is being enjoyed by Pakistan, it has the strategic assets of home-grown terrorists at its disposal. Therefore, considering all these factors, Pakistan continues to pose a serious and potent challenge to India’s security establishment.

The conventional capability of Indian armed forces has clearly been recognised to have an edge over Pakistan. It is in the nuclear domain that they have brought in the angle of the low-yield battlefield nuclear weapons (TNWs). In talks of India’s ‘measured responses’ to terrorist strikes, particularly in raising the cost of its proxy war against India, Delhi firstly must  recognise the big differential that exists in the use of force. India does not have the luxury of responding with any cheaper options against Pakistan’s cannon fodder, i.e., home-grown terrorists. India’s response necessarily has to be using its conventional capabilities like the one displayed during the surgical strikes which can be termed as a loose term though, militarily. The real problem lies in controlling the escalatory ladder, as regards the dynamics of fallout that may arise in such a situation.

A significant positive that has emerged recently has been the US aid to Pakistan now reduced to half and that too made strictly conditional. The Trump administration seems to be totally disenchanted as far as Pakistan’s contribution to the war on terror is concerned. India’s stand on the Doklam issue has found favour with the international community particularly East Asia and South Asian nations although all may not have unequivocally accepted it in as many words. It is time for India to test waters with Pakistan and ensure that this rogue nation state, similar to a ‘North Korea in the making’ is indicated India’s limit of tolerance in no uncertain terms.

is Distinguished Fellow at CLAWS.