Home  >  Spotlights  >  Teeth to Tail Ratio: Looking beyond the Obvious

Teeth to Tail Ratio: Looking beyond the Obvious

For India, a country struggling to find its soul after centuries of foreign domination, the primary strategic objective would of necessity, remain the human development of its people. While this can only come about through a durable peace guaranteed by the power of its armed forces, the resources required for maintaining an adequate defence posture cannot be unlimited. The national leadership will meet the demands of the armed forces to the extent possible, but there are competing demands too, equally pressing, which have to be considered. It is therefore vital that the limited funds available for defence be put to the best possible use.

We should look into trimming our dependence on defence public sector units and not in the field force to reduce the tail component of the armed forces. This can result in huge cost savings as well as provide our soldiers with better and more reliable equipment and stores.

Within the military, as also in the political and bureaucratic circles, there is constant talk of reducing the ‘tail’ component of the force to provide funds for modernisation and strengthening of the ‘teeth’. The former refers to the various supporting services that deal with provisioning, repair, maintenance and other requirements of the force, both in peace and war. Over the years, a lot of flab has been cut and new efforts continue in this direction; but it must be appreciated that beyond a certain limit, reducing the logistic support component of a field force will be counterproductive and may lead to adverse consequences in war.

But are the logistic support elements of the Armed Forces the only component of the tail? A look at the larger national environment gives a different picture and suggests an alternative and more efficient method of reducing expenditure that could generate more funds for the modernisation process. Outside the ambit of the armed forces, a significant portion of the tail is found in India’s eight Defence Public Sector Undertakings (DPSUs) and 39 Defence Ordnance Factories (OFs), all of which come under the Department of Defence Production, Ministry of Defence (MoD). The DPSUs and the OFs were mandated to become the backbone of India’s defence production, but sadly, that promise remains unfulfilled. DPSUs were required to make the country self-sufficient in upper end technology items to cater for the strategic requirements of the Forces in terms of aircrafts, helicopters, warships, submarines, heavy vehicles and earth movers, missiles, electronic devices and components, alloys and special purpose steel etc. They account for 65 percent of the total value of production of the public sector defence industrial output, the remaining 35 percent being contributed by the OFs which deal with lower technology items. Despite massive financial and manpower outlays to these government public sector undertakings, we are still importing about 75 per cent of our requirements. In addition, as the armed forces are a captive market, the outflow from the defence budget for purchase of its requirements from the public sector is both astronomically high and of inadequate quality.

We should look into trimming our dependence on defence public sector units and not in the field force to reduce the tail component of the armed forces. This can result in huge cost savings as well as provide our soldiers with better and more reliable equipment and stores. A case study of the Ashok Leyland Stallion (ALS) vehicle, which is currently in service, is instructive. As of now, the Armed Forces have about 60,000 vehicles in their inventory. While exact figures are not available, the maintenance of this fleet at this level would perhaps require an addition of 6000 to 8000 vehicles every year.

We need to privatise some of the OFs and DPSUs and let the rest compete with industry in the open market.

The ALS is manufactured by Ashok Leyland, which is an Indian company. The Vehicle Factory Jabalpur (VFJ) undertook the manufacture of ALS in 1997-98 based on transfer of technology (ToT) from M/s Ashok Leyland Ltd. The aim was ostensibly to keep the large workforce available gainfully employed. However, in spite of the passage of so many years little progress in implementation of the ToT of these vehicles has been achieved by the factory. The progress of in-house manufacture of components/ assemblies remains poor, the dependence on trade for various items despite having ToT is high and the production costs are astronomical. The Army, unfortunately, continues to foot the bill.

The production procedures are a glaring example of how not to do things. There is continued procurement of major assemblies, sub-assemblies and components worth 498.86 crore (approx) for BS-II version vehicles from the collaborators and trade. Equipment is procured for Ashok Leyland in knocked down kits and is assembled in VFJ. Why then cannot the Army buy directly from Ashok Leyland, which produces the vehicle? This will avoid double handling and reduce associated labour costs, resulting in considerable savings to the defence exchequer.

The table below gives a comparative assessment of productivity standards between Ashok Leyland and Vehicle Factory, Jhabalpur:

The aim is not to castigate the VFJ, which is quoted simply to give an example of what ails the defence establishment. This is equally applicable to most of the other defence public sector units as well. We need to ensure that the limited budget defence be put to better use by getting rid of old shibboleths and ensuring that the services get the best value for their money. A dispassionate audit assessment of India’s defence production capability needs to be taken and undue protection given to the public sector must be removed. This is where the trimming of the tail should occur as the private sector can meet a large portion of the Army’s defence requirement at reduced cost and with better quality standards. 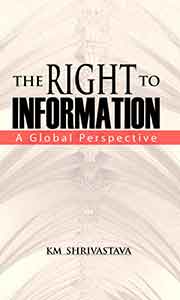 We need to privatise some of the OFs and DPSUs and let the rest compete with industry in the open market. This will generate huge savings in the defence budget for force modernisation. The large workforce in the public sector would need to be relocated or absorbed in the private sector. In the national interest, this must be done on priority and not shelved as a politically inconvenient task. For too long have we concentrated on reducing the manpower in the logistic support units of the Indian Army. Cutting of the operational tail beyond a certain level will in all likelihood cause the tiger to lose his balance. We must hence tread with care.