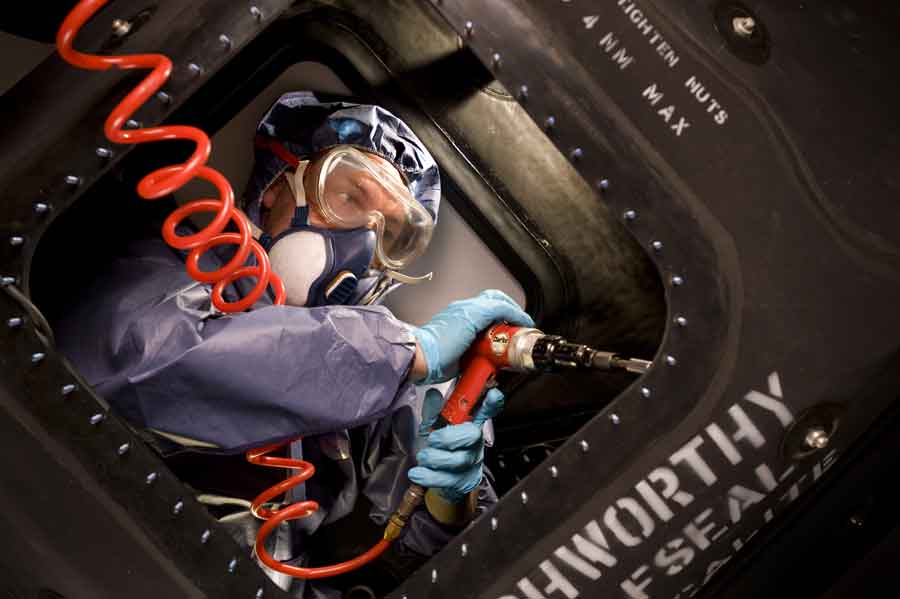 Simply throwing countless hordes of grunts at the enemy simply won’t cut it anymore in the art of warfare, and the idea of ensuring our safety exclusively with machines, as attractive as it may be, is light years away. Technology is slowly penetrating the battlefield, as we find ways to bring the fight close to the enemy and keep it away from us.

The computing power of systems we produce has been rising exponentially for decades (computing power doubles every 18 months, according to the old rule of thumb) leading to machines able to carry out tasks which our forefathers would never have dreamt of subcontracting to machines. Computers don’t make mistakes, get tired or forget things. Provided it has enough fuel, a reconnaissance drone can fly over an area for 24 hours straight and absorb 10-G turns easily. However, soldiers are still needed to carry out inspections, establish on-the-ground contacts within the population, lead negotiations, and so on. Even the most advanced technological solutions still heavily rely on man: armed drones represent a formidable leap in warfare, but pilots are still indispensable for the weapons, as are logisticians and maintenance crews. Defense specialist Thomas Ricks writes: “Despite popular belief, the military does not have automated recognition or computer vision algorithms sufficient to infer what is happening in a given image or feed. Even if there were a perfect target recognition algorithm, tracker, or identifier, there is always the matter of context. Context tells you why the man is digging on the side of the road. Is it a bomb or just a new drainage ditch? Understanding context is a very human-intensive process.” Therefore, find the place of the machine next to the man is essential to design the future of strategy.

Many armies in the world still run on old-school configurations: stick a helmet and a rifle on as many citizens as possible and give them quick basic training. Pitched in a battle against tech-based modern armies, they would quickly be outdone. However, this does not mean that simply increasing technological integration would mechanically increase military potential: the trick is to give the right job to the man, and the right task to the machine. Laser-painting represents one of the best balances we know of human and machine interaction. SOF Magazine writes: “The Guided Bomb Unit-12 (GBU-12) utilizes a 500-pound general purpose warhead. The operator illuminates a target with a laser designator and then the munition guides to a spot of laser energy reflected from the target. The munition was used during Operation Desert Storm, and, according to the Air Force, hit 88 percent of its targets. During Desert Storm the GBU-12 was dropped by F-lllFs, F-15Es, and A-6s, mostly against fixed armor. It was the F-111F tank-busting weapon of choice. Of the 4,493 GBU-12s employed, over half were dropped by the F-lllF.” While bringing enough explosives directly to a hardened target would require numerous boots on the ground (thus eliminating stealth or surprise), a surgical strike using a Paveway requires basically two men: one pilot miles up in the sky, and a stealthy designator on the ground – all the rest is dealt with by machines.

The final test remains unchanged: the proof of fire.

Finding the right balance is a tricky art, relies on many parameters, and a configuration will work on one battlefield, but not in the next one. The American invasion of Iraq was an outstanding military success, namely due to US Army equipment, but subsequent occupation of the land suffered from its lack of human interaction and excessive reliance on technology. Despite models, simulations and operational engineering, the only test is that of fire: does a human-to-machine interaction bring positive results on a given battlefield? If it does not, can it be adapted to the lay of the land? The French Army, on the other hand, has built itself a reputation to extreme flexibility, and its adaptable equipment is part of that know-how.

Due to the difficulties which the US army encountered when it tried to adapt its war machine to the low-intensity battlefield of Afghanistan, Rand Corporation’s Michael Shurkin wrote: “The Army should examine the French experience for additional insights, including in the following areas: the advisability of reducing protection and fielding lighter vehicles to enhance mobility and reduce sustainment requirements, and in particular the introduction of a vehicle with the weight, protection level, and firepower of the VBCI”.  Indeed, the French may have been the first to react to the strategic shift of warfare the world is undergoing. Often are modern hyper-powerful armies left defenseless against nimble insurgent units, as their technological sophistication locks their abilities within high-intensity warfare but prevents them from reverting back to low-intensity battlefields. The French have therefore brand new vehicles such as the Griffon and the Jaguar, that bring heavy firepower (for high-intensity warfare), drone reconnaissance (for low-intensity theaters) and high mobility (for both). The German partner has also been developing such systems to adapt to the new types of warfare, with outstanding vehicles such as the Lynx IFV – although few of its products have lived through the test of fire, due to a timid foreign policy.

It is hardly conceivable for modern armies to refuse to engage into the drone era: it is the way of the future. But excessive reliance on futuristic tech is an equally risky path, as the Americans painfully found out. If technology was the panacea for all military victories, Iraq would have been a haven of peace after the capture of Baghdad. The Afghan war would not have continued for 20 years!

The challenge is to use only mature technology and apply to areas where only calculation is required (the strong suit of machines), while leaving the judgement of command to the men and women.