Home  >  Spotlights  > Geopolitics  >  Syed Geelani: Architect of a dark, turbulent period in the history of Kashmir

Syed Geelani: Architect of a dark, turbulent period in the history of Kashmir 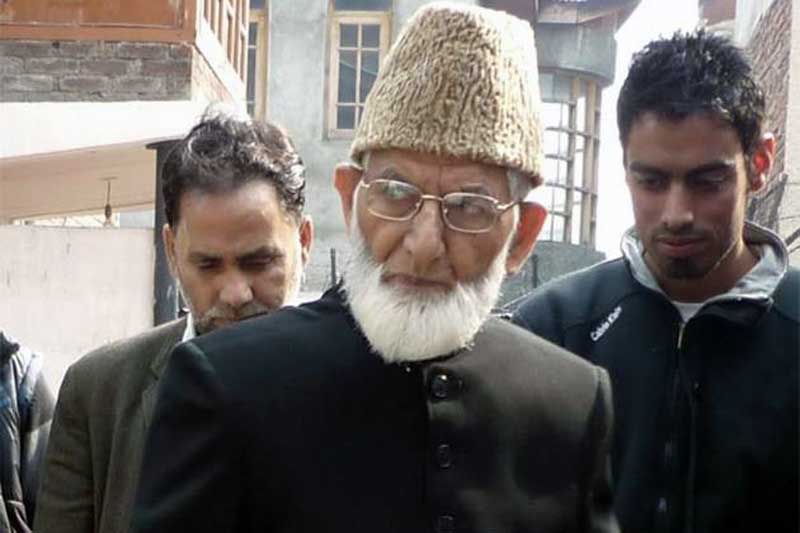 “It is a real tragedy that Geelani was buried in India and not in Pakistan.” This statement posted on Facebook by Indu Jalali, a Kashmiri Pandit lady living in Europe, aptly summarises the widespread sentiment at the demise, due to old age, of the Kashmiri separatist, Syed Ali Geelani, at age 91, on 1 September.

Geelani was the kingpin of separatism in Kashmir. In order to remain relevant he chose to become a stooge of Pakistan and proverbially “sold his soul to the devil.” For a better part of his life he sang the tune that Pakistan’s Inter services Intelligence (ISI) wanted him to sing and made pro-Pakistan and anti- India statements at its behest. His open bias towards Pakistan created strong doubts within Kashmir about his political motives.

Pakistan, however, started washing its hands off him far back in 2015, when he was dumped unceremoniously due to political expediency.  He boycotted the Eid Milan Party hosted by the Pakistan High Commissioner in New Delhi that year, ostensibly in protest against non-inclusion of Kashmir in the talks between Prime Minister Narendra Modi and Nawaz Sharif at Ufa in Russia. In actuality, he was expressing his frustration at being marginalised. Later, he started singing the Pakistan song all over again even though Pakistan refused to respond. It is astounding that after being used like a puppet, he continued to show servility to Pakistan. Later, in 2020, Pakistan relented and awarded him the Nishan-e-Pakistan which also heralded the culmination of the relationship.

In the late 1990s the All Party Hurriyat Conference (APHC) was not averse to a negotiated settlement of the Kashmir issue, with Pakistan as a party to the talks. It was in constant touch with the Indian Government. Such a thought process was not acceptable to Pakistan’s Inter Services Intelligence (ISI) and as a result on 24 April, 1998, Geelani, with the support of ISI,  wrested control of APHC from Mirwaiz Umar Farooq. Geelani then went on to become the architect of a dark, turbulent period in the history of Kashmir.

The constituents of the Hurriyat realised the danger of continuing with Geelani in their fold and attempted to sideline him. However, their internal contradictions became their curse and a split within the conglomerate in 2003 put Geelani, once again, in the driving seat after the unceremonious removal of then chairman Mohammad Abbas Ansari and suspension of the seven-member executive committee.

There are two aspects in which Geelani caused irreparable harm to Kashmir and its people In the pursuit of his unbridled ambition. The first is his alignment with Pakistan and through Pakistan with Saudi Arabia which resulted in the Saudi sponsored Wahabi/Salafi concept of Islam replacing the enlightened Sufi culture of the valley. The second is the loss of childhood, education and aspirations of two generations of the Kashmir youth who were sucked into the politics of divisiveness and disruption that he advocated. It is now quite clear that Geelani was one of the master-minds of the stone pelting era which ruined so many Kashmiri youth.

No self respecting leader who is fighting for the freedom of his people would  bow before a government that he is fighting against. Revolutionaries are made of sterner stuff, they do not succumb to human frailties, Geelani sadly, was not made of such stern stuff; he had no compunction in using facilities provided by the Indian nation while castigating it openly. He was looked after, free of cost, in the best government hospitals like AIIMS. His children received the best possible education in India and are pursuing lucrative professions in Pakistan, Saudi Arabia etc far from the miseries of Kashmir. His “selfless sacrifice” has definitely been good for his family.

In pursuance of his evil agenda, Geelani also became a very rich man. At the face of it, he maintained that a collection of Zakat (religious contribution) was his source of funds. In actuality, he got vast funds through Hawala transactions from Pakistan and other countries with the annual amount running in crores of INR.  He was badly hit by demonetisation and the National Investigation Agency (NIA) probe into his organisation’s illicit and criminal funding of terror and disruptive activity in the Kashmir Valley.

After many decades in politics Geelani does not have anything substantial to show as an achievement. Even his children understand the futility of his cause  and have moved on to other professional pursuits. His legacy will probably pass on to Masarat Alam, a man lacking in intellect and ideology and more suitable for rabble rousing politics. He has no role to play in the “New Kashmir.”

In the end Geelani was a sad, embittered and dejected man who witnessed, during his lifetime, the complete dismantling of all that he stood for including his friendship with Pakistan and his association with the APHC. Though in a state of dementia he witnessed the historic changes (for the better) brought about post the abrogation of Article 370 and Article 35A.

Geelani had in him the acumen to do something for his people. After all, he fought and won three elections before treading the path of separatism. Even while holding on to his political ideology and principles he could have been of value to his people by following a moderate approach. As a moderate he would have been in a better position to present his case. Sadly it was not to be and now the times of a dogmatic, obdurate,  self serving and double faced leader have come to an end. For the Kashmiri youth his life represents a true example of what should not be done.