Post the Uri attack, the nation was on the boil, seeking a military response from the government. It did put Kashmir on the backburner, enabling the state and the central governments to enhance force levels to bring the situation under control. This spared security forces for increased deployment against infiltrated terrorists. In his speeches in Kerala, during the BJP conclave, the Prime Minister made conciliatory and contradictory statements. While he advocated strategic restraint, he also stated that loss of lives would not go unanswered. The army in the meanwhile had identified known launch pads and had enhanced surveillance over them.

The diplomatic and economic actions of the government were launched with full media glare. The speeches in the UN, declaring Pakistan as an ‘ivy league of terror’, cancelling attendance at SAARC (which got the support of maximum members of the group, thereby isolating Pakistan in the sub-continent) and announcing the reconsideration of the Indus Water Treaty (IWT) were some of the government’s actions. While the others solicited no response, the IWT was the one which hurt them the most. It compelled Pakistan to declare any unilateral action by India on the IWT as an act of war. Before India could even consider and firm its actions on the IWT, a dazed Pakistan ran to the World Bank, in sheer panic. The lifting of the MFN (Most Favoured Nation) was yet to be discussed, when the army launched successful surgical strikes on terrorist launch pads. While diplomatic and economic elements of power were being enforced, the government also unleashed its military power.

For any nation, to admit that such a strike had been launched successfully on its soil, especially when it openly boasts of ‘one being equal to ten’, would be an insult. This is not the first time that cross border surgical strikes have been launched into POK. It has been done before, however sans an announcement. Every time such a strike was launched, Pakistan imposed a media blackout, while India kept it under wraps, to control levels of escalation. This time an announcement was essential for a number of reasons. Firstly, it would convey the message that India’s threshold had been crossed and henceforth India means business. As a corollary, it would convey that India considers terrorist strikes itself, as an act of war. Secondly, it would inform Indian masses, that the nation can and will act tough in the future. Thirdly, is the morale impact on the army and other security forces, which had been bearing the brunt of terrorist strikes. Finally, politically, close to UP and Punjab elections, it would put the opposition on the defensive.

Pakistan would now ponder and contemplate a response. While it formally denied Indian claims, its leadership was aware of the truth. Heads would roll, albeit slowly. Logically it made sense to deny the complete incident as a figment of Indian imagination, as accepting it would imply admitting terrorist presence, training camps and launch pads within the country and hence further international criticism. Alternatively, had it admitted the attack, it could aim to obtain world support against India for violating the LOC. The choices were difficult and therefore Pakistan chose the lesser of the two evils. Politically, this attack could spell the end of Nawaz Sharif’s political career. The rift between the two Sharif’s is now out in the open. Nawaz is already under fire for the Panama leaks, while the army demands a harder anti-India stance. Thus it may well retake the reins. Nawaz lost his chair the last time post Kargil and could again post the surgical strike.

Knowing Pakistan and its past record, it would definitely plan a counter. However, in case it desires to retaliate in kind, its options are restricted. India has no camps or launch pads for terrorists, which it can strike. The only targets are military bases, an army attack on which would be an escalation and an act of war. Further, the Indian strike was successful, without casualties or losses, however any failure on their part would open them to international criticism and ridicule. The next option would be to increase the tempo of firing on the LOC. This has already begun and was expected. India, having contemplated this action had planned the evacuation of civilians located close to the border.

The next probable retaliation would be increasing the tempo of the Kashmir agitation. India, after having slowly brought the situation under control, would not want it to rebound. Pakistan, on the other hand would employ all its stooges to reignite the valley. This could take an ugly turn, as fake incidents and claims against security forces, are likely to be employed as triggers. Therefore, an immediate crackdown on known elements, including the Hurriyat and its supporters has to be resorted to. 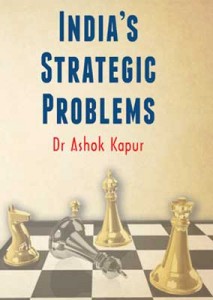 Finally, Pakistan may enhance the tempo and nature of terrorist strikes across the region. While in the valley it would be limited to security forces, for which they are already on high alert, in other places it could be against the population at large. This assumes importance as the holiday season is around and mass gatherings could be expected. The major benefit at present, is the success of the surgical operation, which eliminated a large number of terrorists, which otherwise could have infiltrated to caused damage. The strike has set back the planned timeline of the ISI and its terrorist groups, though it continues to have no shortage of cannon fodder.

Pakistan has never accepted any defeat or loss at the hands of India easily. It would plan and attempt a foolhardy venture, hoping for success, as also a payback. Their most popular army chief retires shortly and would never desire to go with a blotch on his uniform, as his serving buddies are aware of the truth, while the masses may not be. Hence they would make an attempt, hoping for success. While our nation salutes the army for its successful operation, the multitude of security and intelligence agencies cannot afford to let their guard down, even for a fraction.