Suicide Attack in Chabahar: Its Implications 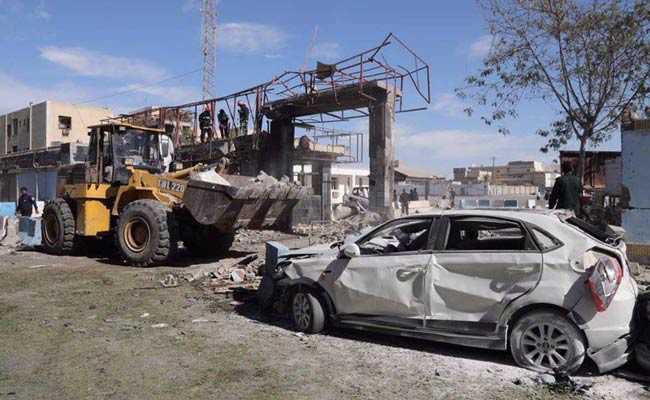 On 6th December, a terrorist driving a vehicle laden with explosives tried to enter the Police Headquarters in Chabahar, of Sistan-Baluchistan Province of Iran.

The alert security forces guarding the Headquarters were quick to respond and prevented the suicide bomber from attacking the intended target. Yet the explosion that was triggered by the suicide bomber caused the death of  two Policemen, and injury to 42 others. Official Iranian reports indicate that the injured included 4 children, a pregnant woman and 10 Policemen. Other reports indicated that 4 Policemen had died.

Pakistan based Ansar-al-Furqan, a Sunni Baloch terrorist outfit claimed responsibility for the attack.  The IRGC Spokesman, Brig.General Ramadan Sharif claimed that the attack was executed by a terrorist group linked to intelligence agencies in foreign countries including Saudi Arabia.  He did not elaborate the basis on which he made this claim.

The Indian media was quick to point out that the Sunni militant outfit Ansar al-Furqan was suspected to have links with the notorious Jaish-e-Mohammed (JEM),though there is no evidence of involvement of JEM in this attack.

The Deputy Governor of Security Affairs in Iran said that Iran’s Sistan-Baluchistan Province had seen several terrorist attacks before, targeting both the civilians and security forces over the years.  This is true.

The Sistan-Baluchistan Province in the undeveloped region of eastern Iran has a large number of minority Sunni Muslims.

One may recall the attack by two suicide bombers in 2010 in a mosque in Chabahar that killed over 38 people.  A terrorist outfit based in Pakistan claiming to protect the rights of Sunni Muslims owned the attack.

The port of Chabahar is the only major port of Iran that has direct access to the Indian Ocean and its geo strategic importance needs no over emphasis.  The other port Bundar Abbas along the same coast is comparatively a shallow port that cannot handle standard Cargo Ships.

Any incident in the Chabahar region should be of concern to India.  India has invested in a big way to develop two berths, a Special Economic Zone as also a railway link to Zahedan, close to the Afghan border.  In May 2016 India had signed a series of Memorandum of Understanding to develop the port Chabahar. The underlying objective is said to be, to free Afghanistan from dependence on Pakistan for transit of its goods.  This is not the only reaon.   The port when developed has immense strategic and economic value not only to Afghanistan but also to other countries in Central Asia.

In the development of Charbaharr port, one comes across three narratives that have no basis.

First is that the port is being developed to rival China built Gwadar Port that is hardly 76 nautical miles from the Charbahar port and thus to diminish the importance of Gwadar.  This is not true.  In fact, Iran has invited China to get involved in the development of this port also.

Third is myth that the Chabahar port is the result of the direct rivalry between India and Pakistan and is therefore vulnerable to hostile Jihadi forces sheltered in Pakistan.  Viewed  in a larger context, the explosion in Charbaharr should be seen in the larger matrix of Saudi-Iranian rivalry that is overspinning into the Charbahar region where it stands to impact on Indian interests too.  It is known that in the past Saudis have been actively encouraging an insurgency in the province of Sistan- Baluchistan and there are reports that Saudis have invested heavily among this Sunni minority region   It is also suspected that it could have US blessings too.

It is also seen that the security situation in Chabahar region is still fragile.  Otherwise how could one explain the kidnapping of Kul Bhushan Yadav by Taliban from the Chabahar  and handed over to the ISI of Pakistan for some monetary or other consideration?

It is imperative for India therefore to approach Iranian authorities to strengthen the security around Chabahar region.  It should also approach both Saudi Arabia and Iran not to let their rivalry to over spill and affect Indian interests in the process!