Strategic Partnership Model – formulation of the scheme a big challenge 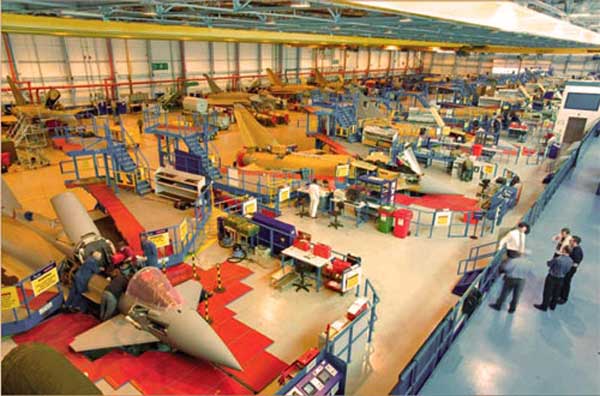 The Defence Acquisition Council (DAC) approved the broad contours of the Strategic Partnership Model (SPM) in its meeting held on May 20, 2017 under the chairmanship of the Defence Minister. It may be recalled that this model was recommended by the MoD-appointed Committee of Experts in July 2015. It has been under consideration since then.

The press release issued by the Press Information Bureau (PIB)1 states that the policy is intended to engage the Indian private sector in the manufacture of hi-tech defence equipment in India. It also notes that the SPM envisages the ‘‘establishment of long-term strategic partnerships with qualified Indian industry majors through a transparent and competitive process wherein the Indian industry partners would tie up with global OEMs to seek technology transfers and manufacturing know-how to set up domestic manufacturing infrastructure and supply chain.”

These contours are indeed too broad to form an opinion on the workability of the SPM. One cannot help but go back in time to the year 2006 when the ‘Make’ procedure was adopted by MoD with much fanfare to promote “development of systems based on indigenous research and design” with a view to providing “the requisite framework for increased participation of Indian industry in the defence sector.”2 More than a decade later, the first design and development contract is yet to be signed. Every time an effort is made by MoD to finalise a Make contract it runs into procedural difficulties.

Attention to detail is crucial in translating good intent into a blueprint for action. Unlike the Make procedure which was probably adopted by MoD on its own, the SPM is likely to be taken to the Cabinet Committee on Security (CCS). And that means that it will first be examined by the Ministry of Finance (MoF). Given the nature of the scheme, it will not be surprising if it is also examined by the Ministry of Law (MoL) to make sure that it does not fall foul of the competition law. Such pervasive scrutiny should ensure that no loose ends are left untied but it would do no harm if MoD pay attention to the contrarian views on various aspects of the proposed scheme before forwarding the proposal for CCS approval.

Going by the press release and other stories appearing in the media, MoD will kick start the process by selecting strategic partners for four segments, namely, fighter aircraft, submarines, armoured vehicles, and helicopters (but this does not find mention in the press release). In a separate process, MoD will also select the foreign Original Equipment Manufacturers (OEM) who could supply a particular platform required by MoD with transfer of the requisite scope, range and depth of technology for its manufacture in India.

It is not clear whether it is these strategic partners who will tie up with the chosen OEMs and participate as prime vendors in the MoD tender or whether MoD would enter into a contract with the foreign OEM and nominate a pre-chosen strategic partner as the Indian Production Partner (IPP). In either case, much would depend on the process of selection. The process of selecting the platform would have to follow the same procedure as laid down in the Defence Procurement Procedure, which, among other things, entails lengthy field trials. It is doubtful if the adoption of SPM per se will lead to a hastening of this process.

What may turn out to be more problematic is the process of selection of strategic partners. It is virtually impossible to adopt unchallengeable objective criteria for selection. These problems have been faced even in the context of a few ‘Make’, which, incidentally, continue to be a work-in-progress.

At the present juncture, the SPM looks like a closed door club. Unless the scheme provides an entry route for new companies and Micro, Small and Medium Enterprises (MSME), the scheme may not be in tune with the competition law that aims to prevent practices that have an adverse effect on competition.

The issue of whether one strategic partner (including its group companies) will be eligible for only one project poses a challenge. Such a provision may not be acceptable to the private industry. Logically, a one-partner-one-project policy should also apply to the Defence Public Sector Undertakings (DPSUs) and Ordnance Factories. But such a provision may have a large impact on DPSUs, especially defence shipyards, which, having been awarded one project in a particular segment, will be ineligible for any other project in the same segment.

Price discovery is an important component of the scheme. While there may be a reasonable assurance of price discovery in the initial contract because of the competition among strategic partners or OEMs, as the case may be, the mechanism for price discovery for maintenance contracts over the life time of the platform and for upgrade projects will need to be evolved as these contracts will be negotiated with the sole strategic partner who had undertaken the initial project in an environment of a virtual monopoly. Unless MoD builds up capability in costing and audit of development projects, management of cost-plus contracts with strategic partners at a later stage for upgrades or manufacture of newer versions of the same platform could throw up an insurmountable challenge.

The presumption underlying the SPM is that the OEMs will be happy to transfer technology to Indian companies or Joint Ventures (JVs) with Foreign Direct Investment (FDI) up to 49 per cent and that they will have no problem even if they are given no choice in selecting the Indian partner with which they could tie up. These are questionable assumptions. To top it all, there is the sensitive issue of Intellectual Property Rights (IPR), which is one of the reasons why foreign OEMs are generally reluctant to transfer technologies.

There are several other issues which must be addressed before unveiling the scheme in its entirety. Some of these issues seem intractable from a distance. For example, binding a strategic partner through a long-term legal covenant lasting the entire life of a platform and its subsequent upgrade, which may spread over several decades, would be quite a challenge.

Quite frankly, the entire rigmarole seems unnecessary. The same objective of promoting the Indian industry can be achieved in a simpler manner if after selecting the platform to be inducted – a process that will have to be gone through even under the SPM – MoD leaves it to the selected foreign OEM to tie up with the Indian company of its choice. This does not require formulation of a new scheme as the enabling provision for letting OEMs decide the IPA already exists in DPP 2016.

Views expressed are of the author and do not necessarily reflect the views of the IDSA or of the Government of India.