Science can create Lasting Peace and Prosperity in the South Caucasus 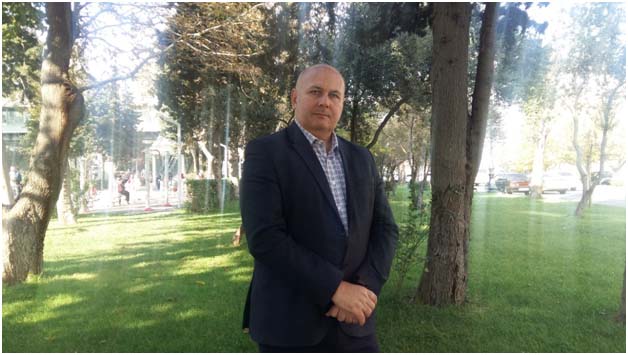 For decades domestic instability and insurgency have arisen from sectarian and regional conflicts, migration, and poverty; preventing lasting comprehensive peace from taking hold in the South Caucasus. The cultural differences among peoples of the Caucasus make it extremely difficult to unite the fractured and crippled countries, exacerbated a raging pandemic with even more economic devastation and societal discord to further fuel violence, conflict, war, terrorism and crime.

The outbreak of such social discord are due to the build-up of stress and tension in a society’s collective consciousness. When the collective consciousness is riddled with tension and fear, then disorder is more liable to erupt than if the prevailing mood is one of contentment. Social injustice and unfavorable economic conditions thrive in, as well as contribute to, chaotic environments. Unresolved religious, territorial, political, and cultural differences further contribute to unrest. Thus, the frustrated and dissatisfied populations of any country contribute to its instability. The buildup of tension in nations becomes dangerous to their sovereignty, producing unstable governments that are more prone to war. The absence of collective stress translates into the absence of tension between countries, between religious groups, and even within individual terrorists.

Militaries are now beginning to utilize the Transcendental Meditation® (TM®) and TM-Sidhi® program as a non-religious and scientifically verified way to prevent war, conflict, terrorism and crime by preventing the build-up of stress and tension in society’s collective consciousness. When used in a military context, these meditation practices are known as Invincible Defense Technology (IDT).

The authors propose that militaries and/or civilian groups (as was done in Cambodia) in the South Caucasus establish “Prevention Wings of the Military:” groups of military personnel that practice the advanced TM-Sidhi program twice daily as a group. Groups  which reach a critical threshold in size have been scientifically shown to reduce collective societal stress. By applying this non-lethal and non-destructive brain-based technology, militaries can thereby reduce societal stress and prevent enemies from arising. If IDT prevents the emergence of enemies, the military has no one to fight, and so that nation becomes invincible. IDT introduces a new role for the military: preventing enemies from arising; a new approach to create victory before war, to foster peacemaking, peacekeeping, and peacebuilding. In practical terms, the size of the Prevention Wings would likely be 2%-3% of a nation’s military personnel.

Extensive peer-reviewed scientific studies have found that when 1% of a given population practices Transcendental Meditation, or when sufficiently large groups practice the TM-Sidhi program together twice daily, measurable positive changes take place throughout society as a whole. Studies show decreased violence, crime, car accidents, and suicides, as well as improved quality of life in society. One study published in the Journal of Conflict Resolution (then edited at Yale University) shows an intervention by a civilian group of advanced TM meditators in Israel resulted in a 76% reduction in war deaths in neighboring Lebanon. Seven subsequent, consecutive experiments over a two-year period during the peak of the Lebanon war found:

A follow-up study published in the Journal of Social Behavior and Personality found that the likelihood that these combined results were due to chance is less than one in a quintillion. A global-scale study published in the Journal of Offender Rehabilitation documented a 72% drop in international terrorism when IDT groups were large enough to affect the global population. Terrorism returned to previous levels after the experiment.

The calming effects were demonstrated in 1993, when over 4000 TM civilian experts gathered in Washington, DC as a “National Demonstration Project to Reduce Violent Crime and Improve Governmental Effectiveness in Washington.” As predicted, research published in Social Indicators Research showed that crime dropped 24% and public approval of the US president suddenly changed from a negative trend to a positive trend.

Research indicates that such collective stress-busting effects can also be created on a national level. A recent study published in Studies in Asian Social Science show that large group practice of these programs in Cambodia between 1993 and 2008 was associated with a 96.2% decline in sociopolitical violence in that war-torn country compared to violence in the preceding three years. The authors conclude the likelihood this reversal in the rising 1990–1992 trend of violence occurred randomly was one chance in 10 million. Other published research has shown that after advanced TM was applied, Cambodia’s gross domestic product (GDP) growth rates averaged 8.9%, and poverty was reduced by 63% between 1994 and 2008. By 2010 Cambodia was ranked 63rd out of 152 countries on the international scale of poverty, an unprecedented jump of 89 places in less than one generation.

There is much more documented research supporting the validity of TM and IDT. While this approach may seem too simple to be true, sometimes the simplest approach is the most effective. We recommend the following books: An Antidote to Violence: Evaluating the Evidence, by Barry Spivack and Patricia Anne Saunders, and The Coherence Effect by Robert Keith Wallace, Jay Marcus, and Christopher Clark. These new books detail in depth the extensive supporting scientific research for utilizing TM to dispel violence and to alleviate PTSD and other stress-related problems.

IDT’s causal mechanism is not completely understood. An explanation of the causality of IDT in biological terms was proposed in a study in the Journal of Social Behavior and Personality. Serotonin, a powerful neurotransmitter, has been shown to produce feelings of happiness, contentment, and even euphoria. Research indicates that low levels of serotonin correlate with aggression, poor emotional moods and violence. The study indicated that when the size of a group of IDT experts changed, serotonin production of people in the nearby community changed correspondingly. Since results were statistically significant, this study offers a plausible neurophysiologic mechanism that may explain reduced aggression and hostility in a whole society.

During the practice of TM, practitioners experience transcendental consciousness, a proposed fourth state of consciousness with brain activity distinctly different from waking, sleeping and dreaming. The state of transcendental consciousness produces coherence in the brain, and scientists speculate that this enlivens coherence within the unified field. Apparently, the effect is amplified through group practice. Theoretical physicists allude to the unified field as the basis of all laws of nature. IDT appears to work from this fundamental level. Therefore, through the unified field, there is increased coherence in the non-TM practitioner’s brain as well. This increased coherence materially involved serotonin.

Since the military’s primary job is to fully protect its country from attack by enemies, both foreign and domestic, all branches of the armed forces in the South Caucasus would be wise to consider implementing this innovative approach to defense. Preventing enemies from arising is both doable and economical. Social tensions in the South Caucasus region are dangerously high now and action must be taken soon, before it is too late.

Stepan Nikolayevich Godina, head author, was born in Ganja, Azerbaijan, graduated from school #4, served in the Soviet Army 1989 – 1991, studied at the Poddubny Slavic Institute 1991 – 1994, where he studied TM in 1994. He taught TM in Donetsk and Slavyansk in 1997, and in 1998 he became the national director of the Happiness Network Company in Azerbaijan. Currently he is affiliated with the TM Center located in Baku, Azerbaijan  tel. +994505331629 https://www.facebook.com/MeditationBaku. Arlene J. Schar has been serving as Executive Assistant to Dr. David Leffler since 2015. She has recently been promoted to Director of Communications at the Center for Advanced Military Science (CAMS) [StrongMilitary.org or http://www.istpp.org/military_science] and her articles have been published in nearly 400 locations worldwide. Dr. David Leffler served as an Associate of the Proteus Management Group at the Center for Strategic Leadership, US Army War College. Currently, he serves as the Executive Director at CAMS.