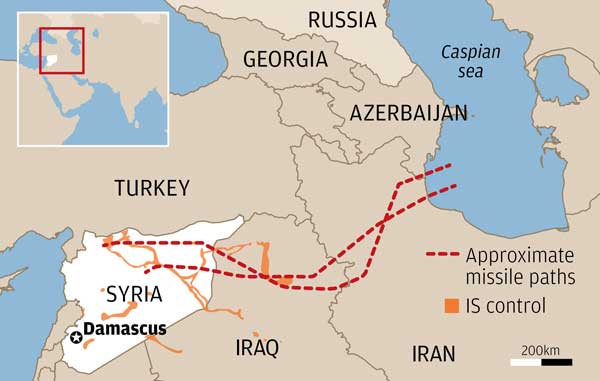 This article argues that contrary to popular opinion, the US military strike on the Syrian Airfield does not indicate a deterioration of US-Russia relations. The Syria strike was limited to punishment for use of chemical weapons[1]– officially supported by the Chinese foreign ministry[2]. The key to understanding present Russia-US relations is the fact that President’s Putin approval ratings have improved[3] markedly among Trump supporters. Despite the Syria strike, Secretary of state Tillerson and foreign minister Lavrov conducted a bilateral meeting and President Trump tweeted the same night that “Things will work out fine between the U.S.A. and Russia. At the right time everyone will come to their senses & there will be lasting peace!” While this sounds uncertain, the onset of the Trump administration has led to marked improvement in communication and meetings between US-Russia in comparison to the Obama administration. However, competition still exists in Syria, Ukraine and South Asia- specifically Afghanistan and Pakistan. It seems that by making statements of deteriorating relations that appeal to the gallery and keep their political opponents guessing, both leaders are aiming for a self-negating prophecy. This is because the Trump administration has faced scathing criticism domestically and the dismissal of ex-NSA Flynn due to secret relations with Russian officials.

This article further argues that US-Russia relations have moved into cold peace which means that US and Russia will have a competitive and a cooperative relationship while allowing each other spheres of influence but the most critical difference is that they are doing it against different enemies. While the US and allies are going after non-state actors, Russia is protecting certain regimes while protecting some non-state actors like the Taliban in the process. This cold peace between Russia and US will persist for some time to come. China is tilting towards Russia but US-China cannot afford a conflict due to high degree of mutual dependence. China is moving away from its long term position on Afghanistan against terrorism presumably more confident of crushing the movement in Xinjiang. It has indicated as much by opening a dialogue with the Taliban. The US on the other hand has made its intent clear by dropping a big bomb[4] on ISIS militants in a tunnel close to the Pakistan border. But the Trump administration has to be wary of selective targeting since they haven’t elaborated their strategy against the Taliban as yet. The Indian NSA in his trip to Washington had agreed[5] to counter terrorism cooperation against the “full spectrum of terrorism”. Although there are indications of an American troop surge of a “few thousands” it is not clear as to what would be the intensity and level of American involvement this time. The question of inter-operability of Afghan forces with NATO forces is high on priority with Trump and he is more likely to release funds for the Afghan forces to achieve this end. The American focus has to stayon the capability enhancement of the ANSF and the sustainability of the unity government which has made incremental consistent progress in Kabul. To that end, the US President has identified Afghan airpower as a priority area of improvement.

The Pakistan army seems to be heading for more difficult relations with the US and improved relations with China and Russia. There have been familiar statements asking Pakistan to do more and Mcmaster insisted Pakistan[6] needs to fight terror ‘indiscriminately’ and ‘less selectively’ but the army spokesperson dismissed it as ‘political rhetoric’[7]. This means that Pakistan will have to depend on China to a greater degree in terms of political and material support for its policies in Afghanistan and J&K. The deep state has now reached a higher stage of normalization and denial with increased instances of violence being reported inside Pakistan from all parts of the country. The civilian government is facing trials but the CPEC remains the political trump card for both, the civilian government and the military. Improved relations with Russia on the subject of quadrilateral talks on Afghanistan, military sales and counter-terrorism military exercises has given Pakistan certain leverage over the US. But as clarified in the article earlier, the US and Russia are fighting different enemies. Russia is looking for greater influence among the governments and US is looking for terrorists. This single mindedness in both countries is what is leading to difficult choices for countries such as India, Pakistan, Afghanistan and China. This choice cannot be resolved by US-Russia talks because both governments are pursuing clear goals. They have accommodated each other in a working arrangement of Cold Peace.

What then are the options for India?

India-Pakistan relations are facing increased tensions and the situation in J&K has deteriorated . It is important therefore that India needs to be apprised of the situation in Afghanistan and great power relations to make informed choices. India-US relations have been steady but the Trump administration wants to increase India’s role as a net security provider in the region. India herself has hinted at her own role in a multi-polar world during the recent Raisina dialogue[8] despite the fact that major capability gaps exist between different poles. The Modi government has taken a strong stance against ideological balancing by China and Pakistan. US, Japan and Australia have welcomed a strong stand in India on international issues. The most important issue then becomes of India’s capabilities to follow through on this stand. Can India increase aid and military supplies to Afghanistan? Can India continue to take a tough stand on Pakistan?  Can India take a tough stand internally on J&K in light of increased militancy and low election turnouts? Can India withstand pressure from Russia and China with the help of US and Japan? The answer to the first two questions is a Yes and latter two a No.

India has to finally choose as to what it prioritizes at this point? Does India agree more with Russian goals of regime preservation at the cost of future uncertainty or American goals of anti-terrorism at the cost of greater involvement and instability in the short term but more security in the long term? Indian involvement would mean that US or Russia’s goals would have to be in tune with India’s. Since either of this is highly unlikely due to the historical nature of Russian and American power, Indian diplomacy has to be deft to maintain a tilt towards the US while managing relations with old friend Russia and China.

India should stick to relying on Afghans with respect to their demands from India with a more proactive approach in terms of increasing aid and military equipment support, focus on achieving more stability internally in J&K and improve its relationship with US by improving the defense relationship and build its conventional deterrent against Pakistan.

Russian and Chinese goals have shifted due to increased capability, increased military approach and change in America in recent timesbut Indian goals have remained the same which is a stable unity government in Afghanistan through a government of the Afghans, by the Afghans free from ideological radicalism, increased stability in J&K, isolating Pakistan and managing the relationship with China.

The Indo-Russian relationship is currently linked to US-Russia relationship of cold peace and India will have to re-calibrate it in the near future within the long standing foundations of the defense relationship, improving the economic relationship with the insistence that eradicating terrorism in India and India’s neighborhood is an important priority.

This can be achieved only by maintaining a regular political dialogue with the two great powers- USA and Russia. Mutual restraint in Sino-Indian sensibilities is prudent at this point. Increased support to Afghanistan and continuity of long standing policy towards Pakistan and J&K are key inside South Asia. The present government has been consistent on Pakistan but inconsistent on China and J&K.

is an Associate Fellow at CLAWS.