Role of press in changing perceptions on Kashmir 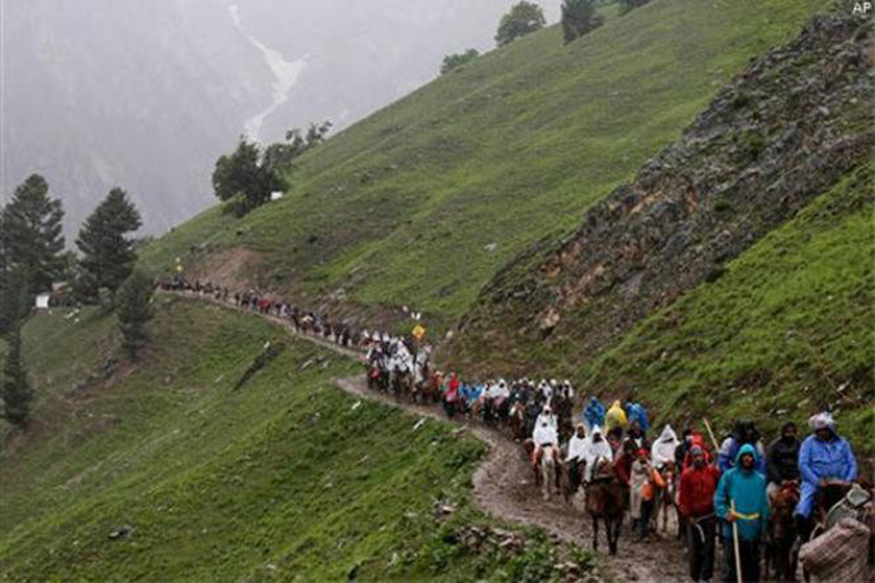 The reality is that Kashmir faces a proxy war pushed on the country by Pakistan. The proxy war claims the lives of terrorists, Kashmiris and security forces. Complete Kashmir does not burn, nor are all Kashmiris anti-India. The thousands involved in the conduct of the Amarnath Yatra are also Kashmiris for whom the yatra is a source of income and have always sought a peaceful yatra.

There are some districts where the youth, instigated by the Hurriyat’s flow of funds and ideology are seeking ‘Azadi’, without truly understanding the implications of their demands. The Hurriyat instigates the youth claiming an independent state, while it genuinely seeks to join Pak. The flags flown during the agitation are of Pak and the ISIS, while the cries are for an independent state.

The Hurriyat’s demands are akin to those of the deep state, as they have been created by it. The failure of earlier governments in stemming their rise is history and cannot be reversed. They are still considered important for valley based political parties, who have continued to either directly or indirectly engage with them.

It rejects talks simply because the deep state is unwilling for it. It has a demand, which no state can ever accept. It has always sought talks between India, Pak, Hurriyat and POK. They have prevented, solely due to their money power and control over hooliganism, the rise of a second rung or a non-Hurriyat group which can move forward in talks. Thus, there is a stalemate and no ready answer is available. It has exploited the elimination of local militants and those killed in stone pelting for political benefits and further instigation.

The youth lured by the glamour of militancy rush to join. They have witnessed the respect accorded to those eliminated. Most remain untrained, hardly move out of their districts, seeking the security provided by their kith and kin. They are aware that surrender is looked down upon, hence most refuse it. The few who do manage to enter from Pak know that once inside theirs is a one-way street. They can never return and thus can only kill till they are eliminated. None would ever be able convey the truth to their families on the realities of Kashmir.

The elder generation, which has suffered the maximum under militancy and witnessed the surge of the same in the nineties are clearly not in agreement. They are aware of the damage militancy has done to the state and their lives. To a substantial extent they have failed to convince the youth of the foolhardiness of their approach. They are most impacted when their children, who have picked up the gun, motivated by Pak sponsored ‘over ground workers’ and the Hurriyat are trapped in encounters. They feel the pain when youth who pelt stones become casualties.

Political parties in Kashmir continue to play a double game. They engage with the Hurriyat, while blaming the centre for failing to resolve the problem. While in power they restrict the police from operating in full force in regions which form their political base. They use multiple terms to describe a solution for the valley, terming it from a social to a political problem, however have no logical solution except talks, knowing it would never happen.

For them withdrawal of security forces or removal of AFSPA would pave the way forward, as suggested by the Hurriyat. They have yet to justify with any logic, who would control militancy if security forces are withdrawn, as Pak would neither desist from infiltration or motivating locals to join. The army being the ultimate source of power must be protected as it must succeed. The nation has no other option.

For the nation, the situation in Kashmir is conveyed by the electronic media, which regularly discusses the region, post any major incident, in their prime time shows. For its discussions it brings forth security experts to convey the story from the security angle, anti-India members from fringe Hurriyat organizations and political leaders of the main and opposition parties. The aim has always been to create a debate where opposing parties accuse one another with hardly any logical discussion. On occasions, experts from Pak are also brought forth, whose sole aim is to deny their involvement and term the present situation as an internal uprising. The discussion only enhances anger within the nation and against those from the region.

There has never been a media house which has brought forth common Kashmiris which have condemned violence, stayed away from agitations and only sought a peaceful region. With the Amarnath Yatra in progress, view of those commoners providing services while seeking to eke a living, critical of violence are neither recorded nor conveyed. For majority Kashmiris, the daily disruptions of cordon and search, encounters and bandhs are irritants which impact daily livelihood.

Even majority of the youth whose education has been impacted and routines disrupted denying them a better future are critical of the violence. It has only few, influenced and paid for by the Hurriyat, who have attempted to disrupt security forces operations, while the image projected by the media is of the entire region.

The media continues to harp to the nation that the entire valley is in the throes of militancy, whereas the reality is of a handful of districts in South Kashmir. For those attending the yatra, this is the image with which they started and would clearly be broken by the time they finish, as majority Kashmiris they encounter are warm and supportive. The media must change track, bring forth those who have been critical of the violence and desire a peaceful Kashmir, where they could walk free with their heads held high. Only then would the true image of Kashmir be visible.