Remembered Only at Election Time 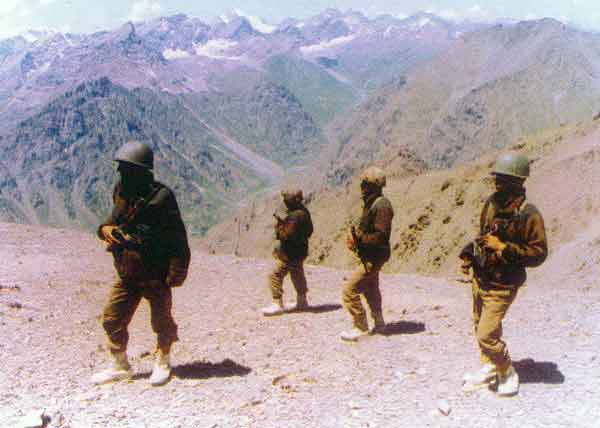 It is no secret that the armed forces of the Union have, to an extent, been viewed by our ruling elite as a necessary burden. Reportedly at one time our first prime minister even wondered if they were needed. With this mindset it is little surprise that the armed forces have generally been kept out of national security policy making and showered with periodic superficial praise just to keep them in good humour. But beneath this veneer, not just their conditions of service but also their very status in the warrant of precedence have progressively and by design been degraded. It is, of course, a different matter when the country faces aggression and suddenly the armed forces become darlings of our ruling classes. It then becomes a race to be seen in the company of the uniformed fraternity, if only to get a few photo opportunity points. Television coverage of our netas lining up to receive our Kargil dead at the Palam military airport or gracing military funerals come vividly to mind.

On the other hand, the people at large trust and respect the armed forces in far greater measure as frequent polls show. Clearly there is far greater affinity between the people of this country and their armed forces than there is between the government and its armed forces. Just as the aam admi is treated with great respect in the run-up to the elections and he becomes irrelevant soon thereafter, the soldier suffers a similar fate in the events of war and peace. In our system of national governance it could be said that the soldier is the ‘aam admi’ within the government.

As election season dawns, it is no surprise that the flavour of the season is the genuine aam admi of the country being wooed by political aspirants of every shade. What appears new, however, are signs that for the first time in electoral politics the aam admi of the government, namely the soldier, is also finding political suitors.

When presenting the interim budget in the Lok Sabha the other day, the finance minister stated, “Hon’ble Members are aware of the long standing demand of the defence services for one rank one pension. It is an emotive issue, it has legal implications, and it has to be handled with great sensitivity.” He was, however, cautious in not providing the nation amplification of this very pregnant statement because at its heart lies everything that is wrong with how successive governments have handled vital issues of pay commissions for the armed forces, pensions, parity with their civilian counterparts and a host of allied problems.

One rank one pension or OROP has not only been a genuine demand of the services for nearly three decades, but has at various times been accepted in principle by political leaderships of various shades. Yet no government has delivered on this promise, resulting finally in veterans launching agitations and returning their hard-earned medals in their thousands to their supreme commander. For veterans to be forced to fall back on this extreme step for which they have no emotional appetite is a severe blow to their consciences and pride. But beyond this it also has deep national security underpinnings, as today’s soldiers are tomorrow’s veterans. Governments of the day have, however, remained unmoved. So the finance minister was justified in referring to this as an emotive issue.

One rank one pension or OROP has not only been a genuine demand of the services for nearly three decades, but has at various times been accepted in principle by political leaderships of various shades. Yet no government has delivered on this promise…

When the finance minister touched on legal implications, he failed to enlighten Parliament that there was at present a contempt petition admitted and being heard in the Supreme Court from the Retired Defence Officers Association against the erstwhile defence secretary that named officials of the ministry of defence for failing to implement apex court orders in the rank pay case. A case that the defence ministry had lost to the RDOA in every court including the highest. That the veterans had been compelled to fight their own ministry of defence in various courts and that even when the ministry had lost, it failed to implement the court’s directives makes us look worse than a banana republic.

Finally, the sensitive leadership of a nation faced with huge external security challenges, such as India is, would no doubt have appreciated that a combination of these two factors could very easily result in a sensitive situation. So one must agree with the finance minister on this but, being fully conscious of the above background, he could at least have acknowledged that it goes to the undying credit of the professionalism and patriotism of our veteran soldiers that they have lived with this adverse, humiliating and sensitive situation without ever letting it become sensational or ugly.

The finance minister concluded with the statement, “I am happy to announce that government has accepted the principle of ‘One Rank One Pension’ for the defence forces.” He estimated the budgetary requirement for the next financial year to be Rs 500 crore and as an “earnest of the UPA government’s commitment” proposed to transfer this sum this year itself. Such display of commitment merely endorses guilt for past unkept promises.

Whilst many of those adorning the benches who mechanically thumped their tables on this announcement may not have really understood the import of the finance minister’s words, the defence minister would surely have been alive not only to every word spoken but, more importantly, to what was unsaid. That he has been unable or unwilling to rein in his bureaucracy and let the situation come to this sorry pass is a story for another day.

The current gaping trust deficit between the State and the veteran soldier must cause all political and national security pundits serious concern.

It is no surprise that with this background, the finance minister’s announcement of OROP is being taken with the proverbial pinch of salt, as is his earnest commitment to transfer money this year, because not only is there a huge gap between “acceptance in principle” and actual implementation, but also because the amount so magnanimously earmarked is nowhere near annual figures for the OROP estimated by the ministry itself.

If one were to look objectively at the various unresolved issues flowing from the fourth, fifth and sixth pay commissions and the dogged battles that the defence ministry has fought in courts to deny the affected veterans their legitimate dues, the only conclusion that one can draw is that the announcement of the finance minister was divorced from any genuine concern for the welfare of the soldier and aimed solely at the forthcoming battle at the hustings. The current gaping trust deficit between the State and the veteran soldier must cause all political and national security pundits serious concern.

But the story does not end here. In a windfall announcement a few days later, the chief minister of Haryana announced a steep hike in the grant of monetary benefits to the recipients of gallantry and other medals and enhanced financial assistance for World War II veterans, their widows, and ex-servicemen and their widows. Not to be left behind, soon thereafter the chief minister of Himachal Pradesh announced the setting up of a war museum where busts of soldiers who had won prestigious medals right from the British era till recent times would be installed. He further said that the names of martyred soldiers belonging to the state would also be displayed in the museum so that the younger generation comes to know about their valour.

Viewed from the perspective of a veteran, this bountiful generosity is not being showered because of any great love for the profession of arms or in recognition of the sacrifice soldiers continue to make. These are mere political moves in the shadow of the elections and it is difficult to avoid the conclusion that in another dubious first in the history of Indian electoral politics the uniformed fraternity is being co-opted into the unique vote-bank system that has become the hallmark of Indian democracy.

…we are on the verge of introducing a destructive and self-defeating variable of vote -bank politics into this challenging issue of civil-military relationship.

In his book, The Soldier and the State, that has become the standard in professional and academic discourse, the political scientist, Samuel P. Huntington, suggests two types of civil-military relations in theory. In the subjective control model, the military is closely integrated with and participates in the political and social system, but its professionalism is minimal. Alternatively, in the objective control model, the respective political and military leaders focus on their areas of expertise with the military remaining separate from the political system. There is a clear division of labour resulting in maximized military professionalism. Whilst Huntington showed preference for the latter model, he was aware that in the United States of America the military and civilian government operate somewhere in between. There are other scholars who differ with this theory and argue that the best relationship between the civilian and military is one in which both cooperate and collaborate, but the military remains subordinate to civilians. That such a debate continues in the US as newer security challenges emerge signifies the strength of a vibrant democracy where national security institutions respect and have abiding trust and faith in one another and are willing to discuss and debate the changing dynamics of their relationship.

Unlike the US, our system remains fixated on a compartmentalized model. Faced as we are with unresolved border issues and complex external security challenges, an engagement within our security institutions for a preferred model is long overdue, but this needs mutual institutional faith and trust. Instead, we are on the verge of introducing a destructive and self-defeating variable of vote -bank politics into this challenging issue of civil-military relationship. It is still not too late for our political leaders to take a deep breath and step back.