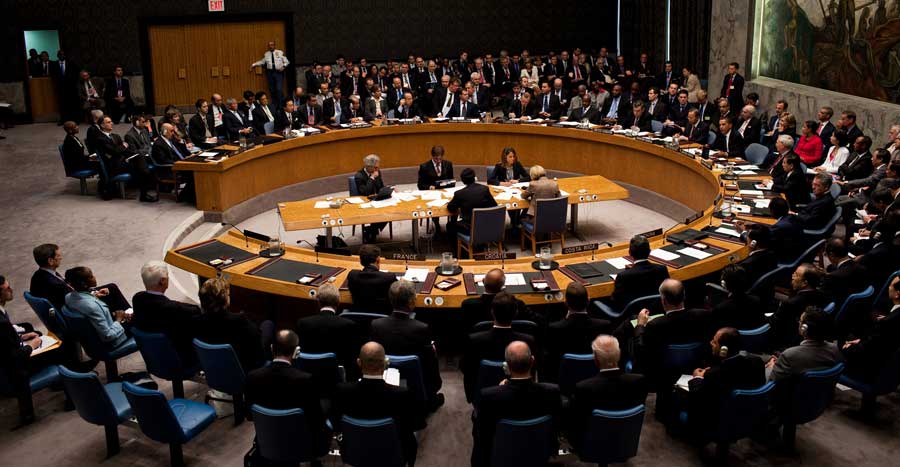 In an era where there is increasing inter dependence amongst nations, where a narcissistic approach is a thing of the past, where good diplomacy and smart foreign policies are a way to subdue your opposition, the world is definitely turning into one global village. And to become the Sarpanch of this village has become quintessential for even the most picayune country. With everyone claiming supremacy and their so called legitimate rights, never has it been more relevant to solve the outstanding issue of reforming the United Nations Security Council.

With the economics of the world changing from those that were at the end of the Second World War, today’s geo political scenario demands the inclusion of new members as permanent members of the UNSC.

The most coveted of all organs; the Security Council has often averted the most dangerous conflicts, being the fire fighters whenever there have been flames. But then again what would you say when the sceptics asked you about the councils indecision over the most plaguing global issues during the past five decades, the lack of action on the Soviets after their invasion of Afghanistan to more recently the watered down resolutions against Iran’s nuclear program. It is but natural that every coin has two sides and so to in this case to gain something one must lose something. But are we losing more than we are gaining? Are certain nations dictating the rules over the others? And are these nations even justified in having these rights? The last question seems to be the one that hurts the most, for it is but natural that some nations remain more powerful than others and thus decide the path for the others. It is an idiosyncrasy to have a few leaders and many followers, but is it appropriate to have leaders that no longer command respect? This is the case with some of those who hold the veto power. With the economics of the world changing from those that were at the end of the Second World War, today’s geo political scenario demands the inclusion of new members as permanent members of the UNSC.

Until now, the only reform of the SC took place in 1963, when the number of the non permanent members was increased from 6 to 10 under Resolution 1991-XVIII. The amendment was approved in the GA with France and the Soviet Union voting against, the UK and US abstaining and China (Taiwan) voting in favour. All permanent members eventually ratified the amendment; if they had not, it would never have entered into force, which it did in 1965. Resolution 1991-XVIII also increased the number of ECOSOC members from 18 to 27. A second increase from 27 to 54 was approved with Resolution 2847-XXVI, with the amendment entering into force in 1973. The reason for increasing the number of SC members was the growth in membership numbers compared with the membership existing at the time of its foundation. In 1945 the UN counted only 50 members, while by 1963 its membership had risen to 115. This was due to the admission of several European States in 1955 and the entry of Asian and African countries as a result of decolonization. However, in 1963 the decolonization process was not yet complete. The birth of new countries with the completion of the process, the split-up of the Soviet Empire and the dissolution of Yugoslavia would dramatically increase the UN’s membership, which now stands at 92 States.

Non-permanent members are elected for two years by the GA and cannot be immediately re-elected once their mandate expires. They are chosen taking into account a geographical distribution initially established by Resolution 1991-XVIII and since then unchanged: 5 members from African and Asian countries, 1 from Eastern European countries, 2 from Latin America and 2 from the Western European and Others Group (WEOG).

At the beginning the UN was composed of Western and Eastern European countries plus a number of Latin America countries. Nowadays the majority of members belong to African and Asian countries.

The amendment of the UN Charter

Any modification of the United Nations Security Council membership involves an amendment of the UN Charter being improbable to foresee a modification operated by the practice giving origin to a kind of customary revision.

The Charter sets out two mechanisms: an amendment procedure (Art. 108) and a review procedure (Art. 109). From a formal standpoint there is no difference between the two procedures as far as amending the Charter is concerned. Any modification must obtain two-thirds of the votes of the GA or of the Review Conference and must be ratified by two-thirds of the UN’s members, including the permanent members of the SC. Permanent members do not enjoy any right of veto for the adoption of the GA or Review Conference decision. They may vote against the decision or abstain; the decision is adopted if it meets the two-thirds criterion. However, the permanent member must ratify the decision when it is submitted to its national parliament. If not, the amendment or decision is not adopted.

The Review Conference was never held, even though Article 109 envisaged that it should have been placed on the GA agenda 10 years after the UN Charter entered into force. The Charter’s tenth anniversary took place in 1955, when the Cold War was at its peak and such a Conference was inconceivable.

Article 108 and 109 do not set out any limit to the Charter amendment/review. They only regulate the procedure for amending the Charter and thus do not take any position on the substantive reform of the SC, whether this takes the form of an increase in the number of permanent or non-permanent members or a change in the veto system.

There are a number of reasons for reforming the SC. They may be enumerated as follows:

(a) The birth of new States and the transformation of the international community;

At San Francisco the Charter was signed by only 50 States. The UN’s membership was more than double that number when the amendment on the increase in non-permanent members of the SC entered into force. Nowadays, the number of UN members has increased almost fourfold since its foundation. Since its birth, the international community has completely changed. At the beginning the UN was composed of Western and Eastern European countries plus a number of Latin America countries. Nowadays the majority of members belong to African and Asian countries.

The role of the SC has dramatically increased since the end of the Cold War. While during the Cold War the SC was the place where the two superpowers engaged in verbal confrontation and was virtually paralyzed, after the fall of the Berlin wall its policy changed. The SC started to become the place where effective decisions were taken. This is demonstrated, for instance, by the number of peacekeeping operations put in place and by the crises solved, such as the Timor Leste case. The SC has also taken on an important territorial administration function, for example in Kosovo before its independence.

(c) The SC as legislator;

The Charter attributes to the Council the power to take decisions on measures to be carried out by member States (Art. 25). Mandatory sanctions fall within this framework. They are a kind of administrative regulation adopted to cope with concrete situations such as threats to peace. Since 9/11 the SC has started to adopt “legislative Resolutions”, i.e. Resolutions taken to address hypothetical situations such as the threat arising from international terrorism or WMD proliferation. Take for instance SC Resolutions 1373 (2001) and 1540 (2004). The former was adopted after the attack on the Twin Towers in New York on 11 September 2001. The latter defines the proliferation of WMD as a threat to peace and, like Resolution 1373, lays down provisions that oblige States to enact legislation to address proliferation and to ensure that they fulfil their duty to prevent the production of WMD. The Resolution declares that States should also adopt measures to prevent WMD and their means of delivery from falling into the hands of non-State actors. The creation of the two ad hoc criminal tribunals should also be remembered, i.e. the International Criminal Tribunal for the former Yugoslavia (ICTY) and the International Criminal Tribunal for Rwanda (SC Resolutions 808-1993 and 995-1994).