Can you briefly outline the domestic as well as global profile of Rafael?

For the economy of scale and in aim to increase its turnover and profits, Rafael strives for exporting its systems to friendly governments. 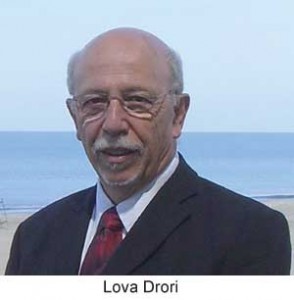 RAFAEL is the second largest government-owned defense company in Israel. In 2009 sales amounted to $1.6 billion with a backlog of orders worth over 3 billion $.  At the end of 2009, the company made a profit of $112 million. The figures for 2010 are not finalized yet however, sales and profits are higher than 2009.

Rafael investment, in internal R&D is about seven percent of its turnover.

What has been the history and track record of Rafael’s engagement with Indian market for  military hardware ?

Avoiding the huge difference in size and population, the threats arena and defense need of India are very similar to those of Israel therefore, the solutions developed by Rafael to the needs of Israel Defense Forces are suitable for the requirements of India.

Rafael offers a large variety of systems, such as Air Defense, Air to Air Missiles, Precise Air to Ground Missiles, Airborne Targeting, Navigation and Reconnaissance systems, C4I systems, EW airborne and Naval systems, Tactical Precise Guided Missiles foe Infantry, Ground, Naval and Airborne Vehicles, Remote Controlled Wepon Stations for Naval and Ground Vehicles, Armor Protection, Breaching systems and more. Rafael has performed quite a few of programs in those field and is in a bid for others.

Rafael is subcontracting Indian manufacturers for performing its offset obligation.

As a strategic plan Rafael is negotiating the establishment of JV’s with Indian PSU and privet companies to establish an industrial base in India, for future programs which may also include development and export activities.

What is the range of technologies and products in the  defence regime available today? What are the futuristic technologies the company has to offer?

RAFAEL capabilities are based on a vertical concept. It means that the majority of technologies and subsystems required for its systems are developed in the company and available for any program in hand and on time.

Looking into the (partial) list of systems offered by Rafael, as specified above and the vertical organization policy means that the range of technologies Rafael can offer is almost unlimited.

Can you please enumerate the ongoing projects as also those in the pipeline for the Indian market?

As a policy, Rafael does not disclose information on specific systems sold to a specific customer.

To what extent is the international business segment of the company influenced positively or otherwise by the US government or the US defence industry?

The US is one of the biggest defense markets. Rafael, as well as other companies,  is trying to approach it by collaboration with US local partners (such as Raytheon, Northrop-Grumman, BAE Systems, General Dynamics etc.). In some cases these partners remain partners in international bids in other cases Rafael may find them as competitors on other systems.

What is your perception about the role of Unmanned Aerial Systems in aerial warfare in the future? Is Rafael moving to adapt its weapon systems to meet the new requirements in the future?

The main factor driving the growth of unmanned systems is the increased sensitivity today to human risk and casualties. This requirement on the one hand and the improved technological capabilities, that are available on the other, drive the development of unmanned systems capable of performing  dangerous tasks normally performed by humans.

In addition to this, the recognition of the asymmetric threat as a main factor in the defence world has caused many to opt for smaller, cheaper and less risky defence solutions.

We definitely see unmanned systems becoming more and more autonomous.  Once the vehicles, however, become more autonomous we will start seeing groups of vehicles, sharing data, operating together and collaborating on a variety of missions. We also believe that we will see more and more mission modules developed for use by unmanned systems to expand their capabilities. These will vary from pollution monitoring systems to non-lethal weapons to advanced sensor and weapon capabilities.

What if any is Rafael’s involvement as also areas of interest in the Indian space programme?

Growing attention has also been given to the arena of space borne systems, since the development of micro-satellites and the ability to launch them from various platforms will enable obtaining real-time information for military and civil applications at significantly lower cost.

Rafael approach to this field, in India, is the same as its approach to all other fields of defense. In this particular area, cooperation in the development stage is more reasonable.