“Questioning the Alliance on Syria”: International Coalition and the Inconvenient Truth 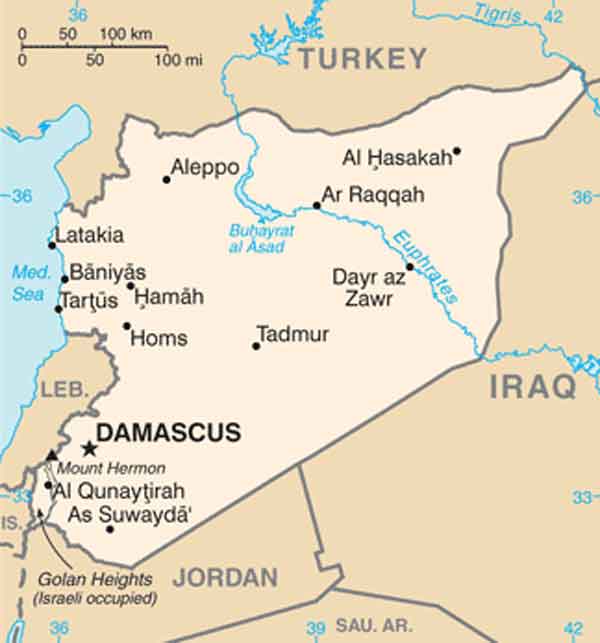 Along the parameters of the coalition forces formed in the second Gulf War of 1991, Washington reached out to its NATO allies and power nations to fight against the terrorist organization “Daesh” also known as ISIL in Iraq and Syria. In hope to eliminate Daesh and bring peace and security in the region, italso stretched the importance of destroying other active militant groups such as “jabhat Al-Nusra” and “Ahrar al-Sham” and their militant allies, with this, Washington wanted to bring peace and security, resolving the crisis further with a political approach.

Undoubtedly, the coalition is the largest group of nations formed after the second Gulf War, as 32 nations were then led by the United States to repel Iraqi forces from occupying Kuwait, whereas today, the coalition comprised of large number of European and Arab and Middle Eastern countries totally accounting over fifty, a number that clearly exceeds the coalition then in 1991. In both the cases, the US were called to lead the coalition, however, the circumstances and the situations are very different, then the goal of the war very clear (liberate an Arab country from the occupied Arab nation). So, the battle didn’t take long and Kuwait was liberated and its sovereignty was reestablished, where as in the situation today, there is heavy dispute in deciding the goals.

It is important to note that, a terrorist organization, which has now become a nation within Syria, cannot be stopped with a meagre aerial attacks, but without a concrete plan, no combat effective measures can be taken.

Additionally, Washington created a program which trained themembers of the Free Syrian Army fighters who had no relationship or ideology or fundamentalists approach, and received training from the military advisers; Also, over ten thousand fighters are being trained in Turkey, five thousand in Kuwait, but the fate of country’s future will rest on the FSA (Free Syrian Army) and the American weapons, in a later stage.

It is also important to note that, all of the member nations in coalition have not yet been able to declare a no fly zone amid Assad’s continuous use of non-conventional means on civiliansas the control of FSA scatters the dominance and the future. It is also important to understand thatover millions of Syrian migrants are waiting to return to their country, but rehabilitation and reintegration of these people back to their homes will only be possible once the war ends, which does not seem to, even in its fifth year, so the rehabilitation rests on the neighbouring Arab countries, which are currently assisting UNHCR and other refugee organizations irrespective of their participation coalition.

Washington further wants the North and the South in control of FSA, and with aerial support, the army will be able to advance towards the “Daesh” territories, thus trapping Bashar Al Assad in the centre between Damascus and Latakia. Washington will then try to push for a political solution which will further enforce Al Assad to give up his position and find a best possible legal outcome.

Now, there are two sides of the coalition, one is the Islamic Republic of Iran, while another being the Muslim brotherhood; the first is not a part of the coalition and fears to loosen its authority in Syria, and the later feels interference of the West in regional matters, bringing the cycle again to its beginning, especially how it all began, with Western interference.

In Mid-march 2011, people gathered on the streets of Aleppo to demand the release of all political prisoners, which began as a peaceful protest, a violent action from the security forces changed the tide of a country’s future, bringing it on the verge of worst global humanitarian crisis and conflict.  It was not accepted initially that the same protestors, who peacefully demonstrated the release of political prisoners in Deraa will involve in intense clashes with the Syrian Nations Army and opposition factions in many parts of Syria. A

With Arab spring on one end, many Arab nations witnessed violent conflict between the police and the people, instigating widespread arrests, leaving thousands victimised, and hundreds behind bars. Syrian President Bashar al-Assad immediately gave his first speech, calling out new reforms and better governancewhile promising the people for a more competent leadership. The same Syrian government then gave Syrian nationality to those Kurds displaced from the province of Hadaka, also releasing the political prisoners.

The escalated situation soon deteriorated when thousands of protestors in the city of Homs and Damascus witnessed excessive violence, the peace protest soon became a war ground.

The roles of countries participating in the coalition vary, there are some countries who want to provide financial support whereas some nations want to participate in the military operations besides field operations and other logistics.

President Obama, while speaking to the media recently,clearly stated the preparation of ground assault to be imperative against the Daesh settlements, and expansion of US air strikes in Iraq and parts of Syria. Over 1,600 US military troops are providing training, and gathering intelligence, whereas the coalition forces have conducted several several air strikes against Daesh forces since the beginning of the coalition.

Despite stating “no need” to counter the Syrian national army or the Daesh directlyWashington preferred the option of sending a group of military experts and advisers both in Kurdistan and Anbar. Further its was stated that military advisers were sent to “Al Habbaniyah” and “Ayn al-Assad” to check for necessary requirements for the arrival of American expeditionary force in Anbar, because the as the intelligence stated over 40 thousand Daesh presence in the region.

Canada supported the coalition by deploying over dozens of its military advisers, which continues to provide extensive consultations to the Kurdish forces even today.  Additionally, Canada donated over 28 million Canadian dollars for humanitarian aid to civilians affected in areas dominated by Daesh in Iraq and Syria.

France was the first nation to join the international coalition against Daesh, but fearing a result of void post Syrian war, France did not provide military supportrather calling forconcentrated support for training of FSA on the ground. French President Francois Hollande also made it clear that the military support shall only be used to combat Daesh fighters and other militant groups which also will be subjected to renewal.

France also participated in the aerial attacks on Daesh while pledging to provide necessary military equipment’s and trainings. France also provided weapons to Kurds. These weapons have now been handed to the Peshmerga fighters whereas 58 tons of humanitarian aid has reached the Irbil area.

London has provided heavy weaponry to the Kurdish forcesand further reinforces the delivery of heavy arms to FSA soon. London is keen on participating on aerial warfarebut the decision remains pending. With three more months left for David Cameroon’s tenure, the promises Londonmade after the execution of the British hostage David Haynes will reach a dead drop.

There is no doubt about David Cameroon’s commitment in countering Daesh fighters and other factions, the British Ministry of Defence has deployed over 12 British soldiers in an effort to train and equip the Kurds against the Daesh, especially laying out that the team is only deployed to train on heavy weaponry provided by the British, moreover, London has been actively participating in aerial bombardment.

Russia still remains an ally to Assad regime. Being the first state to declare aerial bombardment on Daesh occupied areas, made US weary about its involvement in the war as the State Department declared that the targets were not Daesh or any other factions. The members of the parliament unanimously agreed to send military assistance to Syria.

Sydney actively took a stand in the conflict and deployed over 600 military observers in the UAE as a part of the international coalition.

Not long ago, the Italiandefence minister Roberta Pinotti confirmed the role of Italy in the international coalitionand pledged to support the coalition efforts in elimination of the terrorist organizations by carrying out air strikesand focused to assist Iraq in its efforts to completely destroy the “Daesh”.

Spanish Foreign Minister Jose Manuel Garcia Margall explicitly stated that the nation shall not send military observers in the coalition’s efforts to combat the “Daesh” in Iraq,but will support the international coalition by allowing the coalition members to use its military bases and logistical support as well as supply of equipment and weapons and intelligence as well as refuelling aircraft.

Saudi Arabia provided over$500 million to the UN High Commissioner for Refugees. The Mufti of Saudi Arabia stated that the organization Daesh is against all of Islam.

Britain, Canada, France, Norway and Polandsent humanitarian aid. Italy pledged to grant over million dollars and 500 thousand euros whereas Spain and Ireland provided over 250 thousand dollars to UNICEF and $250 thousand to the International Committee of the Red Cross, Luxembourg provided over $300 thousand High Commissioner for Refugees and the World Food Programme.

The Philippines expressed their willingness to join the coalition.

Participation of the Arab states

Saudi Arabia and UAEare at the front of Arab nations participating in combat operations against the Daesh.

UAE wants to become the prominent role player against the Daesh forces, while extending invitation to London which is looking out for a player to allow establishment of over three military bases.

However, Qatar is the only Arab nation whoseposition in the war is still unclear, as the West continues to hold on the suspicion of Doha funding Daesh and its factions.

The Arab League has pledged to support the fight against the Daesh on the political,security and ideological level.