Qatar came out with Flying Colours 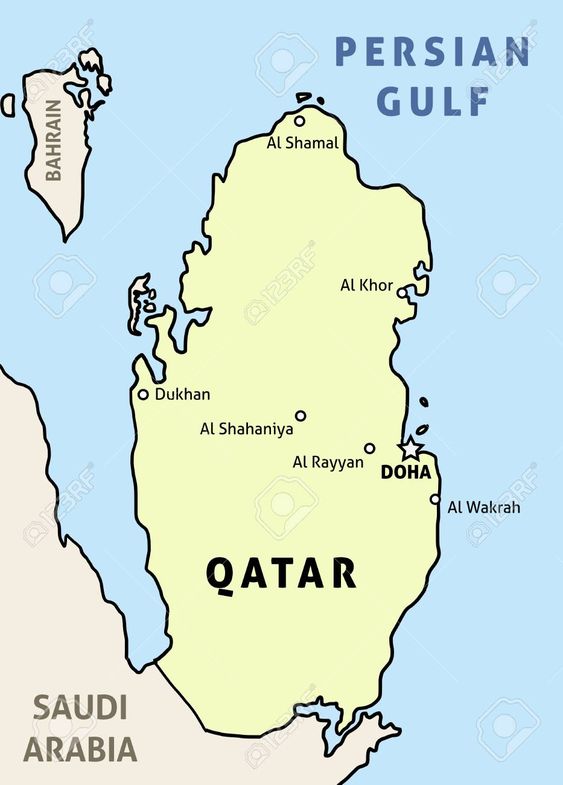 When the Saudi crown prince, together with the UAE ruler, Mohammed bin Zayed, moved against Qatar in late 2017, the charge sheet against the tiny Gulf state was long. They, along with Bahrain and Egypt, accused their neighbour of backing Iran’s ambitions, and supporting Islamist groups, including the Muslim Brotherhood. The Arab neighbours of Doha thought that by imposing this blockade they can force Qatar to discontinue its own ambitious foreign policy and to follow the line of its bigger neighbours. But during the siege period, Qatar signed new military, security, economic, commercial, and other agreements with various other countries. Qatar’s economy has also shown quite an impressive growth rate. Qatar’s economic fundamentals remain strong as illustrated by its high ratings across by major rating agencies. Recently a patch-up was been made between Qatar and Saudi-led Bloc as it was realized that the blockade has proved to be ineffective or rather it has been counterproductive. The announcement was made ahead of the 41st Gulf Cooperation Council (GCC) Summit, which kicked off on January, 5 in the north-western Saudi city of Al-Ula. With the Kuwaiti foreign minister calling the meeting an opportunity for “reconciliation”. Saudi Arabia’s King Salman bin Abdulaziz Al-Saud opened the summit by urging “regional unity”.

The message conveyed through the summit was that Gulf is seemingly unified again, with Qatar back in the fold. Emblematic of this union was the embrace between Qatari Emir Sheikh Tamim bin Hamad Al Thani and Saudi Crown Prince Mohammed bin Salman. Qatar has been the obvious winner in all this episode. The small Gulf state has managed to maintain its independent foreign policy and has further strengthened its sovereignty. The blockade allowed Qatar to disentangle its foreign policy from the Saudi-dominated GCC, and reinforce new strategic ties, namely with Turkey. Qatar’s position is far more advantageous now than it was at the start of the blockade. Not only have the Saudis had to backtrack on their demands. But they have also had to concede to Qatar’s growing autonomy within the GCC framework. Qatar’s fate is now destined to be different from the rest of the Gulf. Qatar has made it very clear that GCC is no longer an instrument for a unified foreign policy approach. It’s being established through recent developments that GCC is a loose organization with no legal bindings, meaning the council’s expectations from its members are largely implicit. Also, Doha is able to convey a strong message to its staunch rival UAE. The end of the Gulf crisis deals a blow to the UAE’s agenda. It was in Abu Dhabi’s interests to see Qatar isolated from the rest of the GCC, as the UAE pursued its own distinct agenda on all accounts.

Hardly any state has ever changed its character so completely in such a short period of time as Qatar has done. Earlier just satisfied to play a role according to its small size, Qatar was a traditional, conservative a risk-averse Gulf monarchy until the early 1990s. But after the bloodless coup in 1995 brought to power an emerging elite with an ambitious vision for the future. Enormous wealth by gas exports and protection by the United States. Doha is pursuing its ambitious foreign policy to establish itself as a middle-level power in the region.

Qatar regional role didn’t follow simple alliance structures but, it mediated and interacted in regional issues. It adopted a very delicate approach towards its foreign relations in regard to regional and international actors. It followed a balancing act which until now played an important role in raising Qatar’s international profile as a regional power broker and an important nation in regional power dynamics. In almost three and half years of blockade, Qatar followed a very mature approach. From day one, acknowledging the fact that the crisis can only be resolved with the approval of the Saudi top leadership. Qatar’s Emir refrained from criticizing Saudi King Salman or his son, Crown Prince Mohammed bin Salman. Similarly, he called on all his representatives and the Qatari people at large not to trade back the low rhetoric generating from some corners within the blockading countries. And this pragmatic approach paid well as when the right conditions for ending the blockade emerged. Riyadh did not see any embarrassment in swiftly re-establishing full diplomatic relations with Doha. Qatar also continued to supply gas to the UAE through the Dolphin Gas Project throughout the crisis. Clearly demonstrating that it didn’t want to make any moves that would irreparably harm its relations with its neighbours.

Despite challenging times, Qatar remains one of the most competitive and powerful economies in the region mostly because of wise and far-sighted leadership. Doha has all potential to become a prominent negotiator and arbitrator in the region as it has strong or at least working relations with all the major players in the region. But it has to make sure that in the future also it should not undertake any actions which threaten the interests of any major player in the region.