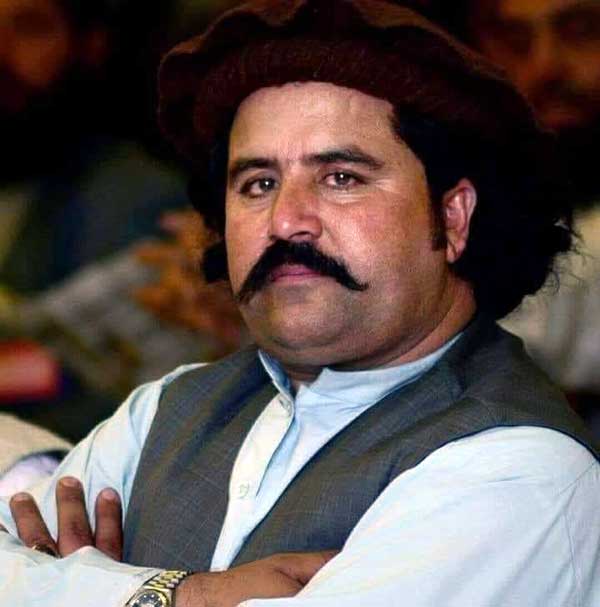 Pashtun Tahafuz Movement (PTM) leader Sardar Arif Wazir, who had been detained by Wana police on April 17 must have been really very happy on being granted bail just 10 days after his arrest, because such speedy judicial relief isn’t very forthcoming in Pakistan, especially when one stands accused of having made an “anti-Pakistan speech during his visit to Afghanistan.” He must also have been quite relieved that despite former Director General (DG) Inter Services Public Relations (ISPR), Maj Gen Asif Ghafoor directing his foreboding “their time’s up” threat at the PTM during a press conference a year ago, nothing untoward had happened.

Wazir may have dismissed DGISPR’s menacing remark believing it to be merely an attempt at intimidating PTM to stop raising issues of military excesses against Pashtuns. But as is their wont, many analysts are now pointing out that the DGISPR’s warning was clearly so serious that it shouldn’t have been ignored and are citing numerous cases of how activists in Pakistan whose activities embarrass or expose the army end up either being dead or simply disappear. They also say that since Wazir had already lost 17 male members of his clan in as many years, he should have been more careful, especially when the DGISPR’s warning had been very explicit. Most importantly, how could Wazir overlook the fact that Pakistan army is not into the business of issuing empty threats.

In addition to his ‘time’s up’ warning, Maj Gen Ghafoor went on to say that “We are refraining from taking action because we are taking into consideration the people being provoked, otherwise it’s not difficult to deal with you.” In a democracy, for an army man to so brazenly threaten  fellow citizens may be something unheard of, but it’s not so in Pakistan. Here it’s the Pakistan army that’s the sole judge of what’s good for the country. So, by accusing PTM of clandestinely receiving funds from spy agencies of Afghanistan and India without furnishing any proof, Maj Gen Ghafoor made it clear that as far as Pakistan army was concerned, PTM was an anti-national organisation and hence ‘enemy’ of the state; period.

Wazir may have also been lulled into complacency as DGISPR had also stated that the orders he had received from Pakistan Army Chief Gen Qamar Javed Bajwa on dealing with PTM was ‘Do not use a harsh hand with them.” In addition, his assurance that “… the instructions of the Army Chief will be fully followed; people will not face any sort of problem and neither will any unlawful path be adopted,” may have convinced Wazir that the ISI wouldn’t order a ‘hit’ on him. Furthermore, he may have interpreted his getting bail in a record time of just 10 days as a sign of Pakistan army adhering to DGISPR’s promise that “Everything will be done lawfully.”

In the last 26 months of his life, Wazir had been detained six times and had cumulatively spent more than 13 months under detention on a series of charges. So, his family too must have been very happy that he had been released on April 27, which was also the fourth day of Ramadan. But in what appears to be a tragic coincidence, exactly on the fourth day after his release (May 1), Wazir was grievously injured in an attack carried out by vehicle borne gunmen while he was strolling outside his house in Ghwa Khwa area of Wana in South Waziristan and succumbed to his injuries the next day. That Wazir died on his 38th birthday was the cruellest coincidence!

Lack of any official communication indicating Islamabad’s concern regarding this assassination raises suspicion that there’s an official attempt to avoid giving publicity to this incident. Could this be to make it easier to pass off this premeditated murder as just ‘another killing’ linked to some personal or tribal rivalry, which is a common feature in restive South Waziristan? Perhaps that’s why Amnesty International (AI) in its tweet has called upon Pakistani authorities to “carry out an independent and effective investigation” into the murderous attack on Arif Wazir and has demanded that “the suspected perpetrators must be held accountable.”

What will immediately attract attention of even the most casual reader is the unusually stern wordings used by AI in its tweet. By calling for “an independent and effective investigation,” AI has clearly expressed its well-founded apprehensions about the obvious attempt by Pakistan’s deep state to scuttle the inquiry so that the perpetuators aren’t brought to book! With the former DGISPR’s ‘Time’s up’ threat followed by his boast that “it’s not difficult to deal with you (PTM),” it’s but natural for the needle of suspicion to point directly towards Rawalpindi!

This suspicion is further accentuated by the fact that Wazir had been targeted earlier in 2018 by a so called ‘Aman’ (peace) Committee. But a report carried by Pakistani newspaper Daily Times mentions that  “A senior journalist hailing from North Waziristan, speaking on condition of anonymity, said his sources confirmed that the attack was orchestrated by Mullah Nazir group.” Readers would recall that the Wana based Mullah (or Maulvi) Nazir group comprises the Ahmadzai Wazir tribe and ever since Maulvi Nazir signed a peace accord with Pakistan army in 2007, it is considered ‘good’ Taliban by Pakistan army as does all the ISI’s ‘dirty work’.

If Wazir really had any personal or tribal enmity of a magnitude that could prove to be ‘life-threatening’, then he would have surely taken precautions, as he had already been targeted earlier. But it appears that he fell for the former DGISPR’s false assurances that “Everything will be done lawfully,” and this naivety cost him his life. In the end, while the Pakistan army and ISI may be guilty of orchestrating Wazir’s extrajudicial ‘execution’, one can’t blame Rawalpindi for not cautioning him- after all, wasn’t Arif Wazir told a year ago that “Time’s up”?

Tailpiece: There’s no need to wait for police investigation results or an inquiry committee’s findings on this cold-blooded murder as the outcome can easily be foretold. No evidence of any direct or even indirect involvement of Pakistan army or its intelligence agency (ISI) will be found and after determining that this killing was due to ‘personal enmity’, the case will be closed- this has been happening all along, and so there’s no reason to believe that it won’t happen again this time too!