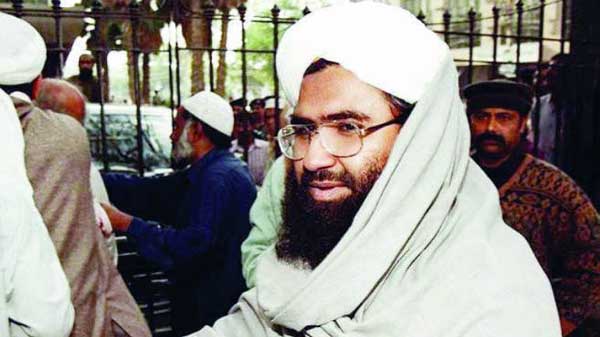 So, the world has finally realised that Masood Azhar is a terrorist! One wonders about the reason behind this enlightened thought especially so far as China is concerned. China has relented, not because of a change of heart, but because the international pressure and isolation was becoming unbearable. Its opposition to proscribing Azhar was perplexing the international community given that Jaish-e-Mohammad (JeM), the organisation that Masood Azar heads, has already been declared a terrorist organisation by the UNSC and China was party to the decision. As such, its obduracy in “protecting” Azhar was beyond any logic.

Pakistan, always in the look out to secure brownie points, has attempted to reverse the very obvious diplomatic setback caused by the proscribing of Masood Azar. It is, quite comically, highlighting the omission in the UN statement about the JeM chief’s personal involvement in the spread of terror in Kashmir as also the role played by him in the terror attack at Pulwama. Apparently, Pakistan prevailed upon its all weather fried Chine to do at least this much for it in the circumstance where the embarrassment became inevitable.

The fact however remains that Masood Azhar is a prized asset for Pakistan. Apart from meticulously planning several terrorist attacks against India, he has succeeded in creating an army of Jihadis who are ready to lay down their lives at his command. Most of them are directed against India, particularly Kashmir. His importance lies in the fact that the then Government of Pakistan along with its army and notorious Inter-Services Intelligence (ISI) had made several attempts to get him released from a jail after he was arrested in Kashmir in 1994. Five years later, the Indian government was forced to release him and two others, Mushtaq Ahmed Zargar and Omar Sheikh, in exchange for the safe release of passengers of the Indian Airlines Flight-814, which was hijacked and taken to Kandahar in Afghanistan. Pakistan should have arrested the hijackers the moment they landed in the country, instead, it gave them and their leaders Masood Azhar a hero’s welcome.

Now that Azhar is declared a global terrorist, the Government of Pakistan will be forced to arrest him and seize his assets. How the same will be done is a big question since Azhar has, in the past, threatened the government of violence if it undertakes any such act. Secondly, he enjoys the support of the Pakistani Army. Therefore, the Pakistani establishment is cagey while taking any action against him.

Also, this declaration may well turn out to be a case of “too less, too late.” Masood Azar has been unwell for long now and remains under treatment in army facilities. He does not exercise effective control on his organisation which is said to be “looked after” by his relatives, from among whom, there are casualties reported during the Indian air strike on JeM camps in Balakot.

His proscription will not have anything more than salutary effect on the activities of JeM. The organisation will definitely do something big to prove that it continues to be strong despite the setback. It would, therefore, be necessary for the security forces in Kashmir and intelligence agencies across India to remain extra vigilant for the reaction. The need for alertness is necessitated even more by the ongoing elections in India, which are now at a very sensitive stage. Another significant aspect is the advent of the holy month of Ramadan when a special brand of propaganda, supported by violence, is unleashed by terrorists in Kashmir.

On the diplomatic front India should move fast to leverage the proscription and get the international community to prevail upon Pakistan for some concrete action in eliminating the fundamentalist Islamic organisations operating in the country. In fact, the time has come to also expose the fault lines in this regard that exist in China

China is a country that does not think twice before decimating any form of dissent against the state and in particular when it has a religious overtone. The manner in which a crackdown has been carried out against the Uighur population in Xinjiang Province bears evidence to this reality. The Uighurs, an ethnically Turkic group of Muslims of the formerly independent Republic of East Turkistan, which is presently under China’s control and is called the Xinjiang Uighur Autonomous Region (XUAR) are unhappy under Chinese rule. Their freedom movement gained momentum since the early 1990’s. The Chinese authorities reacted with large scale arrests and summary executions. In 1998, the National People’s Congress passed a new criminal law that redefined “counter-revolutionary” crimes to be “crimes against the state”, liable with severe prison terms and even execution. Many restrictions on religion like forbidding parents and guardians to allow minors to engage in religious activity, which were not found elsewhere in China were imposed in XUAR. Due to this restrictive crack down, the decade from 1998 to 2008 witnessed zero Uighur related violence, but eruptions have become common since 2009.

When China can be strict to the point of being brutal in quelling even a whiff of religion based insurgency on its soil, surely, as a responsible world power, it needs to show sensitivity towards the problems being faced by other nations and regions across the world. With the ban in place, India should further the issue by emphasising that the delay in the process was rather unwarranted.

The proscription of Masood Azhar, though significant and definitely a feather in the cap of our foreign policy, should not create too much euphoria. The pressure has to be maintained on the terrorists operating in Kashmir and diplomatic efforts have to be further energised.   The calls for opening a dialogue with Pakistan will gain momentum once the new Government takes office in India. The situation will need to be studied deeply before taking any decision. One factor would be the existence of a noticeable change in the attitude and policy of the Government of Pakistan post the proscription of Masood Azhar.