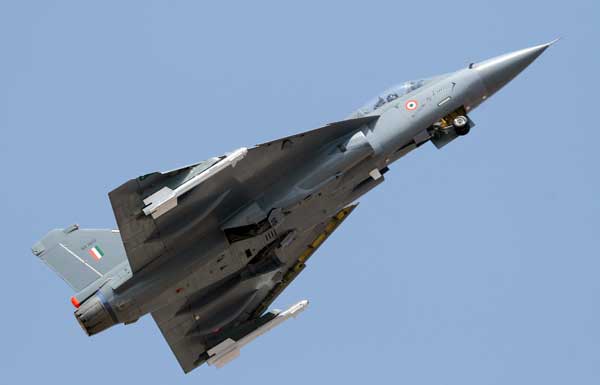 Following up on the announcement made by the finance minister in his budget speech on February 1, the Ministry of Defence (MoD) has recently released the draft of a new defence production policy 2018. It seeks to replace the policy announced in 2011. The ministry has asked for comments on the draft from the stakeholders by March 31, 2018.

It is good to review a policy from time to time, especially if it is not yielding the desired result. But the timing of the current policy review is unusual, especially because it is largely predicated on promises. Already standing at the threshold of the last year of its five-year tenure, the government may not have sufficient time to implement the numerous promises made in what looks like a draft manifesto on defence production before the next general elections.

Take, for example, the promise that the tax regime will be rationalised to make domestic manufacturing attractive by ensuring that there is no tax inversion. The draft also promises to rationalise taxes on the import of capital goods and services, inputs and components used in defence production.

In the normal course, the next budget to be presented to Parliament will be the interim budget for 2019-20. Any change in the tax structure must, therefore, wait until the next regular budget is presented. While it is true that some promises may not require parliamentary approval, experience suggests that it will not be easy to implement them.

The proposed increase in the cap on foreign direct investment (FDI) in defence, originally fixed at 26 per cent in 2001, is a case in point. In 2010, the Department of Industrial Policy and Promotion (DIPP) had suggested the removal of the cap altogether. Subsequently, in 2013, the then Commerce Minister had also recommended raising the FDI cap to 74 per cent. But it was only in 2014 that the cap was raised, that too to 49 per cent, by the present government. It is no secret that there are sharply divided views on raising the cap beyond 49 per cent. This could stymie the proposed move to raise the cap further.

The promises contained in the recently released draft are so intertwined that a comprehensive action plan would be required to implement all of them almost simultaneously for achieving the policy objective. For example, the efficacy of the Defence Investor Cell established in the first week of February 2018 depends on competency mapping of the private defence industry, which has been promised in the draft but for the completion of which no timeframe has been prescribed.

Experience shows that policy decisions often get derailed by delays in working out the modality of implementing them or because many loose ends are left untied while notifying the scheme. For instance, the Defence Acquisition Council (DAC) had decided to tweak the ‘Make II’ procedure in January 2018 to permit the MoD to entertain suo moto proposals from the industry. The draft policy refers to this decision, but the formal amendment to the Defence Procurement Procedure (DPP) does not appear to have been notified so far.

Disjointed efforts and promises cannot form the basis of a robust policy. The draft talks of the new impetus given to defence production under the ‘Make in India’ programme through initiatives such as the introduction of ‘Make I’ and ‘Make II’ sub-categories in DPP 2016, the introduction of the Strategic Partnership Model in 2017, the increase in FDI to 49 per cent in 2014, and the easing of the industrial licensing process during the last couple of years. These initiatives do not seem to provide a firm ground on, or around, which a new defence production policy could be built.

It is premature to pass judgement on these recent initiatives. But the fact remains that all have been facing strong headwinds. While a couple of ‘Make II’ proposals, to be self-funded by the industry, are believed to have been approved in principle, three ‘Make’ projects in the pipeline for the past several years continue to stagnate. The latter includes the Futuristic Infantry Combat Vehicles and Tactical Communication System projects, which could give a big boost to ‘Make in India’ in defence.

The process to identify the Indian entities under the Strategic Partnership Model is yet to begin, just about Rs 1 crore has been received by way of FDI in defence in the last four years, and industrial licenses were held up for a long time because of the row between the DIPP and the Ministry of Home Affairs on the question of jurisdiction to issue the license under the Industrial (Regulation and Development) Act, 1951 and the Arms Act, 1959. There is clearly a need for a reality check. Easing the process of industrial licensing, for example, is important but this is, at best, just a minor reason for stagnation in defence production.

The draft talks about the goal of achieving self-reliance in development and manufacture in thirteen major areas of production, a turnover of Rs 1,70,000 crore, involving an investment of nearly Rs 70,000 crore and the creation of two to three million jobs, and exports of Rs 35,000 crore by 2025. The objective is to make India a global leader in Cyberspace and Artificial Intelligence technologies.

All this may be achievable but only if MoD is able to back it up with adequate budget outlays. If Indian companies must become self-reliant in making fighter aircraft, warships, combat vehicles, and the like, there has to be a market for their products. Defence being a monopsony, MoD will need to sustain domestic production by buying their products in large numbers without which there will be no business case for the industry to undertake manufacturing in India as a prelude to exporting products.

The achievability of the stated objectives and goals in the draft policy does not seem to be in sync with the current trajectory of defence budget outlays. The credibility of the new defence production policy is inextricably interlinked with the financial viability of the roadmap envisaged therein as well as the ability of the MoD to take hard decisions to remove programme-specific roadblocks. The track record on this count is not very encouraging.

The preamble of the draft starts with the embarrassing statement that self-reliance has been the goal of India’s defence production strategy since the 1960s. The fact that more than five decades later India has emerged as the largest importer of arms is a serious indictment of whatever strategy has been adopted since then.

The problem all along has been that policies, strategies and procedures have seldom been based on a dispassionate diagnosis of the malady afflicting defence production: disjointed efforts, never factoring financial viability, and tardy implementation – all largely because of structural issues within the MoD.