Probability Game about War between China and USA in Asia 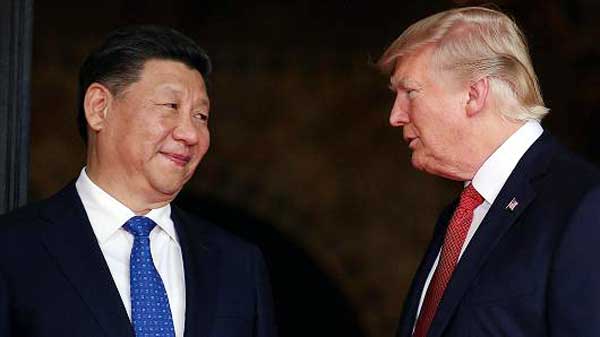 Ever since the curtain of the 19th party congress in China, there has been a flurry of contradictory political analysis on the advancement of Chinese military. As declared by Xi Jinping, the core goals of Chinese military were different from the Western counterparts. Xi stated in his speech on 18th of October, that “Our military must regard combat readiness as the goal for all its work and focus on how to win when it is called upon.” His remarks made it clear that the idea was to have a modernized crisp fighting force, which is fit in operational capabilities commensurate with the aspirations of a major power. In operational terms, the idea was that the force structure should change from bloated mass mobilization towards a more technology oriented approach. Innovation would be at the core of combat prowess and joint warfare capability would be developed further. The targets were full mechanisation by 2020, achieving information tech parity and modernization by 2035. Full spectrum combat superiority by 2050.

That naturally led to another round of analysis in media. The template of Thucydides Trap came back into analysis. Some Asian analyst claimed that this would lead to renewed arms race in Asia. Western analysis focused on the destiny of Chinese – Western relations, amidst arenewed push for Naval  buildup  in US.  The key questions that were pondered were if war was a mutual destiny, and did the structure of the international politics incentivize militarization and war for both China and the US.

The answer, in short, is no. Thucydides Trap is of course real. The chances of rivalry and conflict between a rising power and a declining hegemon is real and historically proven. But it is not manifest destiny, carved in stone. In fact,  the two biggest arguments against the same Thucydides trap are there in Graham  Allison’s  much read  book  itself. There was no war, when British empire declined, and United States took over the security burden of the global commons and seaborne trade routes. According to a strict interpretation of theory, there should have been a war, but there wasn’t. Nor was there a war, when during the late 80s, Soviet Union slowly imploded and collapsed, and Japan rose again on the back of their superior economy even coming close to challenging the US dollar at one point of time.

Political scientist John Mearsheimer,  himself no fan of China,  however states an interesting fact that has changed the global calculus since 1945. Nuclear weapons and the ideas of deterrence has changed the way great powers think that war would risk the complete destruction of civilized lifeforms in the planet, thus arguably making a chance of a great power conflict mute. Not impossible, but extremely unlikely. The policy makers in both Beijing and Washington are rational, and nobody wants a planet destroying war.

In fact, a much more likely scenario is chances of trade competition or even proxy war. As Thomas Wright wrote in his latest  book, there is a possibility of intense competition between USA and China in Asia, to gain the favour of smaller states, which will remain peaceful for all practical purposes. It might lead to active balancing, and  bandwagoning, as well as naval race and space race and competition in science technology and innovation including in genetics and cyber domain. Nevertheless, it will remain peaceful, and the policy makers should aspire to keep it that way.

The second thing about the Thucydides Trap is that it states China would actively dominate its surroundings. However, the recent détente with South Korea,  and relatively peaceful resolution of border dispute with India provides a different evidence. Trump’s China visit marks an emerging bipolarity, the delayed acknowledgement and future trade deals is a new way for the two great powers.

During the end of  WW2, around the Yalta conference, there was signs of an emerging bipolarity, nevertheless the British empire was still a force to reckon with, and the world was multipolar. That all came crashing down in Suez. The Suez crisis showed that the British empire, the third major power, alongwith the combined might of France and Israel, was helpless facing Soviet threats without American help. The world turned bipolar and it was a matter of peer acknowledgement which happened as the Americans declined to join the fray, thus acknowledging that Soviet Union was a peer rival. International relations is a strange concept. A lot of what constitutes prestige for a great power, comes with the acknowledgement of a rival power. The acknowledgement can be active, like the Concert of Europe, which decided which are the great powers of Europe. Or tacit, like the Suez example listed above.

Trump’s visit to China marks another such era, which somewhat  officially underscores that the world is now bipolar. Two curious thing stands out, of this visit. First, it is decidedly different from Trump’s campaign speeches and early antagonism and trade war threats. It is not to say that the threat has passed away, but it is fair to say that Trump understood how intertwined US – Chinese trade is, and how devastating and mutually assured and destructive a trade war would be. Trump blamed his own predecessors for the trade imbalance, and said, and vowed to addrress the imbalances, but commended President  Xi  for leading a country that “ had left the United States  so far behind ”. He said, blaming China for winning a competition is not worthy. That is a huge acknowledgement.

The second one, is even more important. Trump, asked China to increase pressure on North Korea over its nuclear and missile programs.  But the way it was declared was curious. Trump  said, “ We have it in our power to liberate the world ” from the North Korean “menace.”  The use of the word We, is an acknowledgement of a Chinese sphere of influence and security burden sharing in Asia. It is also an acknowledgement of a polar power status, in a  bipolarity.

Obama acknowledged it, earlier in his presidency, but refused to explicitly state that, as he formed the idea of pivoting to Asia. That failed, and Obama got busy with the Middle east after the Arab Spring. Then came Syria, which showed the limitations of US hard power. The failure to control even small allies like Turkey, and Saudi Arabia, to go to a proxy war, against Western interests in middle east, was emblematic of the changing dynamics of the international system. That, added with the economic power of China and the hard power of a revanchist  Russia, ended  what was qualitatively a unipolar moment of the last quarter century.

The course in front of the US is simple and two different, both rational, ways to deal with these emerging dynamics. The first one is already well discussed. A grand strategy of containing China, and as discussed above, the manifest destiny of Thucydides trap. However, given the security burden of the US in other parts of the world,  but highly unlikely.

The second, more probable choice is that a bipolar world emerge, and gets solidified, with time. Security burden in Asia is shared, and a healthy competition and rivalry emerges, unlike the strategic rivalry of the Cold war. The signs  point to that. And both powers share some responsibility to see this through. Just in this trip, China is poised to develop liquified natural gas in Alaska, worth 43B USD, which will reduce the trade def by 10B USD, bind Chinese energy market moving from coal to future US gas exports, and solidifies the bipolarity.

Understanding Thucydides, is vital for anyone in international politics. But misreading Thucydides is fatal. With the jihadist threat looming in every part of the globe with the collapse of ISIS, and with Islamism in Asia as the next common threat, policymakers would do best to focus on those issues.