Mullah Akhtar Mansour, the Afghan Taliban chief who was killed in a drone attack on May 21 in the restive Pakistani province of Balochistan was a hardliner and averse to the idea of any negotiations. He refused to participate in the Quadrilateral Cooperation Group (QCG) constituted to initiate peaceful negotiations. In fact, instead of taking part in peace talks, under his leadership, the Afghan Taliban enhanced attacks on US and Afghan forces.

According to reports, when he was killed, he had a Pakistani passport in the name of Mohammad Wali on him and had valid Iranian visa, along with a CNIC which is issued to ‘bonafide’ citizens of Pakistan. He was entering Pakistan from the Taftan check post on the Iran-Pakistan border from where he was ostensibly headed to the Afghan Taliban headquarters in Quetta. It has been reported that he had travelled out of Pakistan several times, especially to United Arab Emirates and Iran on Pakistani passport. All of this comes to indicate his close relationship with the Pakistani deep state.

Taliban spokesperson announced the appointment of Mawlawi Haibatullah Akhundzada, who was the deputy leader of slain leader Mansour as the chief of Taliban on May 25. Mullah Mohammad Yaqoob son of Mullah Omar and Sirajuddin Haqqani were declared as the deputy supreme leaders of Taliban.

Haqqani is the leader of Haqqani Network which has carried out the most daring and fierce attacks on the US-led NATO forces as well as on Afghan forces. As Presidential election in the US is due in November 2016, Barack Obama himself announced about the killing of the Afghan Taliban chief as it is expected to help the Democrats’ Party candidate in the forthcoming Presidential elections. Obama stated that killing of Mansour would help in bringing peace in Afghanistan.

Overtly, the Pakistani leaders including, Prime Minister Nawaz Sharif condemned the drone attack as it violated the sovereignty of their country. However, they realized that previously Al-Qaeda Chief Osama bin Laden, Adnan el Shukrijumah an important al Qaeda leader who planned to plant bombs on trains in London and New York and now the Afghan Taliban Chief, all were exterminated inside Pakistan. The presence of these as well as many other top ranking terrorist leaders in Pakistan reaffirm that the deep state is not only sheltering these terrorists but also assisting them in their terrorist actions.

Killing of the Afghan Taliban chief in the drone attack in Balochistan is also significant as, so far, the US drones were targeting terrorists in the troubled Federally Administered Tribal Areas (FATA) especially North and South Waziristan areas. However, the killing of Taliban chief in Balochistan confirms Pakistani connection with the terrorists and also substantiates that US administration is losing patience as Pakistan is playing a dual game.

On the other hand, Taliban leaders allege that they augmented attacks on US forces in Afghanistan therefore Pakistan government under US pressure supplied intelligence and it resulted in the killing of Mansour. The Afghan Taliban leaders had also mentioned that Mullah Mansour refused to yield under Pakistani pressure to participate in negotiations, and hence, the Pakistani deep state passed on the information about Mansour to US government which resulted in the extermination of Afghan Taliban chief. The Afghan Taliban has however, threatened to take revenge from Pakistan government for this ‘treachery’.

Analysts claim that Akhundzada who is from Noorzai tribe, hails from Kandhar and was a non-controversial religious leader who has the support of majority of Taliban Shura (Supreme council) members barring a few elements who are anyway not a part of the Afghan Taliban anymore. He passed most of his life inside Afghanistan and Pakistan and has little exposure to the outside world. The 55 or 46 year old (his age is disputed) newly appointed chief was the deputy of slain chief, and hence, there may not be much change in the policies.

The pessimists visualize that the chances of Afghan Taliban joining peace talks are remote as the statement announcing Akhundzada as chief was harsh and without any special consideration. They claim that the change in leadership will not bring any visible change in the policies of Taliban and Sirajuddin Haqqani who was made operational head is hawk and Taliban would make more daring and devastating attacks in the near future.

Meanwhile Mullah Mohammad Rasool, leader of a breakaway faction of Taliban, rejected these appointments and stated that the appointments were done on behest of foreigners and these leaders do not represent people of Afghanistan.

The spokesperson of Afghanistan government invited Akhundzada for political settlement through peace talks, threatening that if Taliban leaders do not agree for peace, they will also be eliminated.

Akhundzada is an educated, religious scholar hence it is visualized that after sometime he may leave the path of confrontation and may agree for peaceful negotiations. As a respectable religious figure first he may try to reunite various splinter groups, consolidate his position in the outfit and afterwards may agree for the negotiations after having discussions in the Shura. 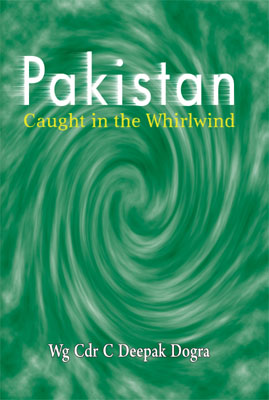 Not only this Sirajuddin Haqqani, is the son of Jalaluddin Haqqani a notorious Mujahedeen. Haqqani group has influence in Afghanistan as well as in Pakistan. He heads a big dreaded terrorist network in North Waziristan area of Pakistan and US State Department has announced a reward of USD 10 million on his head. The faction has close contact with ISI and he was the choice of ISI.

US senate has stopped supply of F-16 planes to Pakistan however the later needs it urgently as India is purchasing 36 Rafael jets. It appears that now US will compel Pakistan to pressurize Mawlawi Haibatullah as well as Sirajuddin Haqqani to join peace talks as both of them have close links with ISI.