Ouster of Russia from WTO 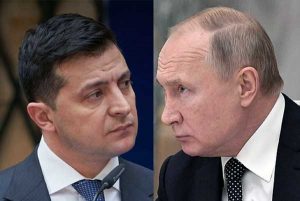 Majority of the 164 members of the World Trade Organisation (WTO) have requested the multinational organisation to oust Russia from WTO for launching a devastating attack on Ukraine. Ukrainian President Volodymyr Zelenskyy is also leading a frontal attack by requesting all the Members to support him in ousting Russia from WTO as once Russia is ousted it will not be able to sell Russian goods and services in the world market to save rest of the democracies of the world.

Russia has reacted ferociously responding to Ukraine’s call for its ouster by arguing that WTO members “should refrain from discussing in the WTO issues and events, which are out of the scope of the WTO,” and arguing that WTO rules do not permit its suspension.This may become the newest front in the world’s unprecedented economic response to Russia’s invasion of Ukraine. There are no precedents within the WTO. However, Mercosur, the South American trading bloc, suspended Paraguay in 2012 and Venezuela in 2017 — both cases were over the failure to maintain democratic order. In case of WTO all the 164 members of the WTO have to agree in ousting Russia, which is not possible. Hence it is an exercise in futility.It’s hard to formally expel Russia — but individual WTO members could probably break off preferential trade relations.

Moreover, the WTO Agreements neither include a provision explicitly authorizing expulsion, nor do they establish criteria, such as maintaining democratic order, that might provide grounds for suspension. There is, though, a complex process that might be used to expel Russia from the WTO.

Withholding that permission from a member that refused to accept an amendment would have the same result as expelling that member. This procedure could be used to expel Russia directly — or to establish specific conditions, such as the invasion of another WTO member, under which a member could be expelled or suspended.

Theoretically it is possible but practically this is unlikely to succeed. In the case of United Nations, 141 members voted to condemn the invasion. If that many countries in the 164-member global trading framework voted to expel Russia, it would amount to 86 percent — easily clearing both the two-thirds and three-quarters voting thresholds. However, it is unlikely that so many countries would vote to change the rules. Doing so would establish a precedent that a super majority of the WTO membership can penalize members for policy decisions they dislike, outside the WTO’s usual dispute settlement body.

Fears like this explain why WTO members generally make decisions by consensus. Consensus decision-making means that even one objection — say, from Russia — would stop the amendment from passing. WTO members are so reluctant to break consensus that they have thus far refused to employ similar novel voting procedures to undo the deadlock on appointments to the Appellate Body of the WTO. U.S. policymakers would be especially likely to oppose. Political experts have argued that consensus requirements allow powerful countries especially the developed ones make it sure they are not outvoted in international organisations. That is why the developing countries and least developed countries get a step motherly treatment in WTO though in majority.

Even if WTO members do not act collectively to suspend or expel Russia, they can act individually to effectively remove Russia’s WTO privileges. Ukraine and Canada have already done so. Canada has imposed a 35 percent tariff on all Russian imports. President Biden has now prohibited the import of Russian oil and energy products, and members of Congress have suggested repealing normal trading relations with Russia. The other countries like European Union are seriously considering similar measures with Russia. Resultantly, NATO countries have decided to become militarily stronger against Russia in case of future wars.

In fact, such actions are allowed under the national security exceptions in the WTO Agreements. The General Agreement on Tariffs and Trade (GATT) — the main WTO agreement governing trade in goods — allows measures that a WTO member “considers necessary for the protection of its essential security interests taken in time of war or other emergency in international relations.”

Similar exceptions appear in both the WTO agreements on trade in services (GATS) and its Trade Related Aspects of Intellectual Property Rights (TRIPS). WTO’s Dispute Settlement Body has recently interpreted these provisions for the first time in two disputes – one between Russia and Ukraine arising from Russia’s 2014 invasion of Crimea and a separate case related to Saudi Arabia’s 2017 blockade of Qatar.

WTO adjudicators did require the countries invoking the exception to provide objective evidence that an emergency exists, explain how the emergency affects their essential security interests, and demonstrate that the measures they imposed plausibly related to the protection of those interests. Russia’s 2022 invasion of Ukraine easily meets this test — it’s a war, not a “special military operation,” as the Russian president claims. And WTO members invoking the exception do not need to be participants in the war.

Furthermore, the situation in Ukraine is sparking further emergencies in international relations. Russia’s violation of U.N. rules on the use of force except in self-defense and its use of force against its neighbours over the past 15 years provoke legitimate worries about whether Russia might invade other countries in Eastern Europe. Russia has also set its nuclear forces on alert. Because past conflicts in Eastern Europe sparked both World Wars, it is reasonable for other countries to worry that the spread of this conflict might undermine their security — and result in a staggering humanitarian crisis across Europe.

One thought on “Ouster of Russia from WTO”