Real Time Intelligence Gathering. The raid on May 02, 2011 was the culmination of a decade of specialised electronic and human intelligence gathering by a host of agencies. Amongst other agencies, the CIA was backed by the efforts of the National Geo-Spatial Agency which specialises in electronic imagery and maps and the National Security Agency which covertly watches and listens to communications around the globe. Osama bin Laden realised that America could tag him electronically if he used sophisticated communication devices and he therefore relied only on couriers to convey his orders. The couriers provided him a cocoon of safety and reduced the chances of detection but the courier had to use electronic communications to pass the messages leaving a chink in the armour for the Americans to exploit.

Does India have the means for coordinating the intelligence inputs from different agencies and the assets for real time intelligence gathering by satellites/ drones and agents on the ground so necessary for such an operation?

The United States used Enhanced Interrogation Techniques, an euphemism for sophisticated torture of detained Al Qaeda terrorist suspects to identify the Al Qaeda couriers trusted by Osama bin Laden. In 2002, interrogation of an Al Qaeda detainee had thrown up the name of a courier named, Al Kuwaiti but this appeared to be an assumed name. This fact was corroborated in 2003 during the interrogation of Khalid Sheikh Mohamed who was reputed to be the operational chief of the Al Qaeda. In 2004 another Al Qaeda prisoner told interrogators that Al Kuwaiti was close to Osama bin Laden but the CIA was not able to identify the courier. It took another three years of intensive action to identify Al Kuwaiti but they could not locate him. The CIA did not learn the courier’s real name till 2007 but it was only in 2010 that the Agency could find him and track him to the compound in Abbottabad.The compound and the fortified house had all the characteristics of a safe house but there was no confirmation of the presence of Osama bin Laden. US Intelligence may have initially discounted the presence of Osama bin Laden due to the location of the house in the midst of a army cantonment and Pakistan’s official stand denying the presence of Osama bin Laden in their country but yet the CIA agents rented a house in Abbottabad to monitor at close quarters the compound. The compound was also under surveillance by satellite and drones but the CIA was still not able to conclusively establish that Osama bin Laden was holed up there.
Does India have the means for coordinating the intelligence inputs from different agencies and the assets for real time intelligence gathering by satellites/ drones and agents on the ground so necessary for such an operation?

When will India have a fully functional networked architecture for seamless integration and sharing of intelligence inputs from different agencies?

Intelligence Sharing The Joint Intelligence Committee of the Indian Government analyses data from the Intelligence Bureau, Research and Analysis Wing and the Intelligence Directorates of the Army, Navy and Air Force but this arrangement is not adequate in the war against terror. Post the Mumbai terrorist attack, setting up a National Intelligence Grid was mooted and in July 2009 the Union Home Minister said it would be set up by September 2009. After a protracted delay, in June 2011 the Cabinet Committee on Security accorded an in principle approval and the system is likely to on stream by 2014. The system is to provide information sharing between security/intelligence agencies, military intelligence and law enforcement agencies but inter-ministerial differences exist and these need to be resolved before the system can become fully operational and effective.When will India have a fully functional networked architecture for seamless integration and sharing of intelligence inputs from different agencies? 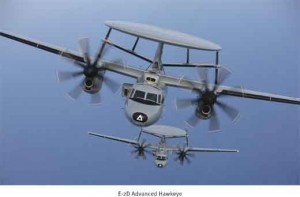 Realistic Training The US Navy SEALs carried out extensive and realistic training in the United States and at Bagram airfield in Afghanistan before the mission. A replica of the suspected Osama bin Laden house was built and the attacking troops were fully familiar with the layout of the building. The SEALs knew the room likely to be occupied by Osama bin Laden and electronic and ground based surveillance had even established the number of occupants in the house.

Will Indian intelligence agencies be able to provide real time intelligence to the troops to enhance the quality of realistic mission specific training?

In-country Operatives. In Pakistan there is a tacit understanding between the CIA and the Directorate for Inter Services Intelligence (ISI) and the two agencies share information from time to time. In the CIA’s hunt for Osama bin Laden, the capture of Khalid Sheikh Mohammed in a joint raid with CIA operatives provided a vital breakthrough. The R&AW lost the ability to gather human intelligence in Pakistan after Prime Minister IK Gujral wound up covert operations and dismantled R&AW assets in an effort to improve relations between India and Pakistan. Many of these operatives which had been built up over the years were eliminated by Pakistan. An Abbottabad type mission can be accomplished if “in country operatives” provide vital information or if Pakistan provides intelligence inputs of terrorists and their camps.Will the ISI and India’s Research and Analysis Wing (R&AW) ever achieve any level of cooperation in conducting anti-terrorist operations in Pakistan?

A Top-Down Approach. India can carry out an Abbottabad type of mission but the questions raised in the preceding paragraphs should be addressed if an acceptable degree of success is to be assured. India needs a clearly articulated strategic politico-military policy for such operations, an independent Joint Special Operations Command with integral land, sea and air assets permanently assigned to them, and an operational doctrine for Joint Special Operations. Comprehensive mission planning would be possible only if intelligence agencies provide real time intelligence and accurate inputs for operations. The force will be a deterrent when the enemy knows that India possesses the capability and will not hesitate to use the Special Forces for overt and covert operations.

The Special Forces of the Indian Army, Navy and Air Force constitute the end of the spear, but without political will, strategic direction and real time intelligence launching an Abbottabad type mission in the present environment would be a politico-military disaster.