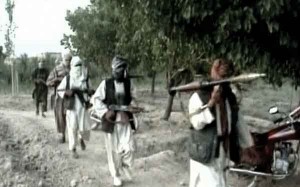 This article sums up my observations based on a study of a detailed article titled “Getting Bin Laden:What happened that night in Abbottabad” written by Nicholas Schmidle and published by “The New Yorker” in its issue dated August 2, 2011 .

The article appears to be largely based on briefings by the Naval Special Warfare Development Group (DEVGRU). It is apparent that the reporter hasn’t had the benefit of detailed briefings by the Central Intelligence Agency (CIA) and other agencies of the US Intelligence Community, who played a role in the conceptualisation and successful execution of the operation. There are some references to the role of the CIA, but very little to that of the National Security Agency (NSA) and others responsible for the collection of technical intelligence (TECHINT).Nor does it focus on the role of the Director,National Intelligence (DNI) and his set-up, which came into being following the enquiry into the 9/11 terrorist strikes in the US Homeland.

The main political implication of Operation GERONIMO was the likely fall-out of the success or failure of the operation on the USAs relations with Pakistan and on the future of the US military operations in the Af-Pak region.

The post of DNI and his set-up were created to improve co-ordination among various agencies of the US Intelligence Community. Previously, the Director of the CIA used to wear a second hat as the Director, Central Intelligence, and in that capacity co-ordinate the work of the agencies of the Community. This arrangement had been found unsatisfactory for many years even before 9/11 and had led to demands for divesting the Director of the CIA of the responsibility for Intelligence Community co-ordination and entrusting it to a Director, National Intelligence, working under the President. This was done following the enquiry by the National Commission appointed by the then President George Bush to enquire into the 9/11 terrorist strikes.

A perusal of the article shows that while the DNI created by Mr.Bush continues to function as the de jure co-ordinator, de facto the Director of the CIA continues to co-ordinate all sensitive overseas operations of the Intelligence Community. While the spectacular Operation GERONIMO was planned and carried out by DEVGRU and the Navy SEALS, the operational leadership was provided by Mr.Leon Panetta, the Director of the CIA. Thus, despite the changes introduced by Mr.Bush, under President Barack Obama, the CIA continues to retain its operational leadership in respect of all clandestine and covert operations abroad having possible political implications.

The main political implication of Operation GERONIMO was the likely fall-out of the success or failure of the operation on the USA’s relations with Pakistan and on the future of the US military operations in the Af-Pak region. For co-ordinating and providing leadership to it, Mr.Obama chose to rely on the CIA, which would have had a better appreciation of the political implications.

The Israeli raid in the Entebbe airport in Ugands in the 1970s to rescue the passengers of a hijacked Air France plane was a typical commando action. Secrecy and deniability were maintained till the operation was over.

The Israeli raid in the Entebbe airport in Ugands in the 1970s to rescue the passengers of a hijacked Air France plane was a typical commando action. Secrecy and deniability were maintained till the operation was over. Thereafter, Israel admitted that it had carried out the raid. The Israeli raid on the PLO in Tunisia in the 1980s was typical covert action.Till today, Israel has not admitted that it carried out the raid in Tunisia.

In the US, the responsibility for commando action is that of the appropriate agencies of the Pentagon such as the Special Operations Command and for covert action it is that of the CIA. OP GERONIMO had a mix of the covert and commando components. The covert component related to measures taken for the collection of intelligence about the courier of Osama bin Laden, identifying the hide-out of OBL and collecting intelligence about its inmates in order to establish that OBL was most probably there. The commando component related to the planning and execution of the raid by the Navy SEALS acting on the basis of the intelligence collected by the CIA and other agencies through their covert operations.

Intelligence chiefs have direct and easy access to the political executive and are not required to tell other policy-makers about what transpires during their interactions with the political leader.

Normally, one would have expected Mr.Panetta to lead and co-ordinate the covert component and Admiral Mike Mullen, the Chairman, Joint Chiefs of Staff, to lead and co-ordinate the commando component. Instead, Mr.Obama entrusted Mr.Panetta with the responsibility for providing leadership for the entire operation including its covert as well as the commando components.This reflected his confidence in Mr.Panetta as the Director of the CIA and in his professional and political judgement.Mr.Obama’s confidence in the leadership of Mr.Panetta was vindicated by the spectacular success of the operation.

The way all the participants in the operation —whether civilians from the agencies or naval and other military officers from the Pentagon— smoothly worked together under the leadership of Mr.Panetta, a civilian heading a civilian agency, speaks very highly of the absence of organisational and service egos in the US. I am not sure whether such a decision by the Indian Prime Minister in a similar operation would have worked equally well due to ego conflicts, which are a bane of our system.

The operation also reflects highly on the leadership qualities of Mr.Obama. He not only monitored the operation in the various stages of its planning and execution, butalso did not flinch from the risk of taking decisions which could have damaged his political leadership if the decisions subsequently proved wrong.

Mr.Obama realised that the CIA might never be able to collect intelligence that could be certified as CERTAINLY correct and hence decided to authorise the raid on the basis of intelligence…

My last observation relates to the importance of privileged one-to-one interactions between an intelligence chief and his or her political leader. In important countries such as the US, the UK and Israel, such privileged one-to-one interactions exist. Intelligence chiefs have direct and easy access to the political executive and are not required to tell other policy-makers about what transpires during their interactions with the political leader. In India, this tradition was closely followed under the Prime Ministerships of Jawaharlal Nehru, Indira Gandhi and Rajiv Gandhi. Under subsequent Prime Ministers, this tradition has reportedly weakened partly due to the relative disinterest of the Prime Ministerial incumbents in operational matters and partly due to resistance to this tradition from other Secretaries to the Government.

In OP GERONIMO, the privileged access of Mr.Panetta to Mr.Obama and the close and frequent one-to-one interactions between the two played an important role in the success of the operation. This is something that needs to be emphasised on our policy-makers.