Home  >  Spotlights  > Geopolitics  >  Obama in Myanmar: The Reality and the Mirage

Obama in Myanmar: The Reality and the Mirage 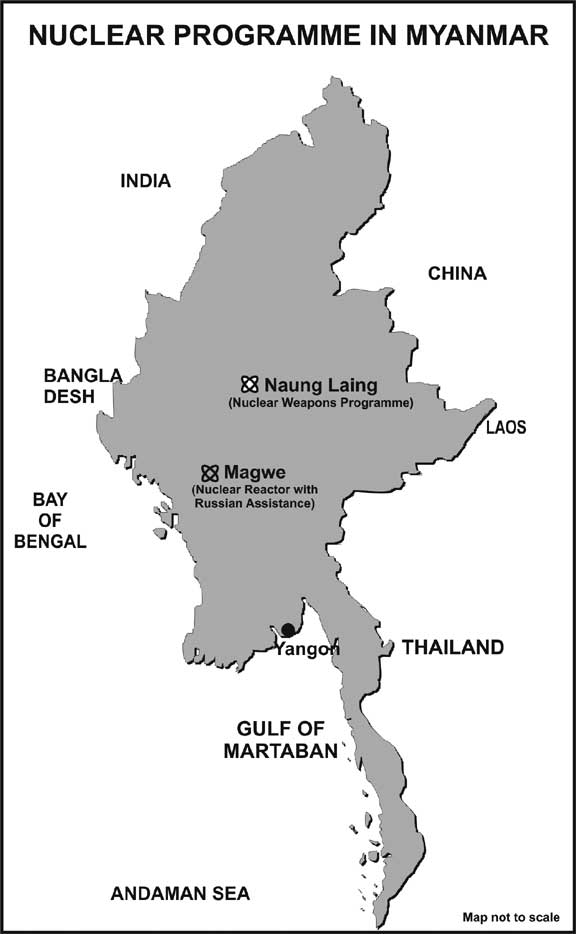 US President Barack Obama has just completed an eight-hour flying visit to Yangon (Rangoon), the former capital of Myanmar, from Thailand and flown to Phnom-Penh, the Cambodian capital, to attend the East Asia summit before flying back home. He was accompanied by Mrs. Hillary Clinton, his Secretary of State, who had visited Myanmar last year. This is the second visit by a US President to Myanmar since it became independent. The first was by President Richard Nixon in 1973.

In a carefully programmed visit, Mr. Obama visited only Yangon, the former capital from the British colonial days, where Aung San Suu Kyi generally lives. President Thein Sein, who lives and works in the new capital Nay Pyi Taw, flew to Yangon from Phnom-Penh, where he had gone to attend the ASEAN summit, to meet Mr.Obama.

Mr.Obama met Mr.Thein Sein and Daw Suu Kyi separately—-Mr.Thein Sein in his official Yangon residence and Suu Kyi in her private residence. He did not meet the two together.

One may recall that when our Prime Minister, Dr. Manmohan Singh, visited Myanmar earlier this year, he did not call on Suu Kyi at her residence. Suu Kyi called on Dr. Manmohan Singh at the place where he was staying in Yangon.

The only other public engagement of Mr.Obama in Yangon was an address to the students of the Rangoon University , whose predecessors were in the forefront of the pro-democracy struggle since 1988. Many of them were mowed down by the Army and their movement was crushed.

Before the visit of Mr.Obama, there were two important indications from Myanmar Government circles. The first was that the Myanmar Government had assured the UN Secretary-General that it would address the human rights concerns of the Rohingya Muslims living in the Rakhine State, including their demand for citizenship rights. Till now, the Government was reluctant to accept their demand for citizenship rights on the ground that they were illegal migrants from Bangladesh and not sons and daughters of the Myanmar soil. This is the first time the Government has indicated it will have an open mind on this issue.

…Myanmar will accept full scope safeguards and  inspection of all its nuclear establishments by the International Atomic Energy Agency in Vienna.

The second was that Myanmar will accept full scope safeguards and  inspection of all its nuclear establishments by the International Atomic Energy Agency in Vienna. This would remove US suspicions and fears regarding nuclear co-operation between North Korea and Myanmar in the past.

While the official circles in the White House and the State Department viewed the significant visit in very positive terms, their enthusiasm for the visit was not shared by many non-governmental human rights organisations, which felt that the visit was premature and should have followed the release of all political prisoners and an improvement in the human rights situation in the Rakhine State.

…there was an anxiety over the unhappiness in the Islamic world on the tardy action taken by the Government to address the human rights concerns of the Rohingya Muslims.

There was a certain hype in the circle of Mr.Obama’s advisers over the steps taken by President Thein Sein for over a year now to start the process of democratisation of the political set-up in Myanmar and to open up the country for foreign investments. At the same time, there was an anxiety over the unhappiness in the Islamic world on the tardy action taken by the Government to address the human rights concerns of the Rohingya Muslims.

How to address both these issues in public during the visit without ringing alarms bells in the minds of ultra-nationalist elements in the Buddhist clergy and the Armed Forces which are even now not prepared to consider the demand of the Rohingya Muslims for citizenship rights?

Mr.Obama sought to do this by acknowledging but not endorsing the record of the Thein Sein Government towards democratisation and external opening-up and by highlighting the sensitive issue of the human rights of the ethnic minorities, without giving the impression of pressuring  the Government to act on these issues too. He said: “ The purpose of my visit is to sustain the momentum for democratisation. That includes building credible government institutions, establishing rule of law, ending ethnic conflicts and ensuring that the people of this country have access to greater education, health care and economic opportunity.” In the advanced extracts from his address to the students released by US officials, he said in an indirect reference to the situation in the Rakhine State: “ I will urge Myanmar to draw on diversity as a strength, not a weakness”.

“ I will urge Myanmar to draw on diversity as a strength, not a weakness”.

The statements made by Mr.Obama and Suu Kyi during the visit highlighted the differing perceptions of the two over the sustainability and durability of the actions taken by the Thein Sein Government. The statements of Mr.Obama underline his conviction  in the sincerity of Mr.Thein Sein and his ability to overcome any opposition from the Armed Forces to his policies.

Suu Kyi’s attitude has been a little more cautious. While she is convinced of the sincerity and good faith of Mr.Thein Sein, she still has some misgivings in her mind about other officers. During her visit to the US in September last, she had hinted that while she knew Mr.Thein Sein well, she did not know other officers that well. When she came to India last week,  she cautioned in public  about over-optimism.

The need for caution in assessment was again emphasised by her during the visit of Mr.Obama. She reportedly said: “The most difficult time in any transition is when we think that success is in sight. We have to be very careful that we’re not lured by the mirage of success.”