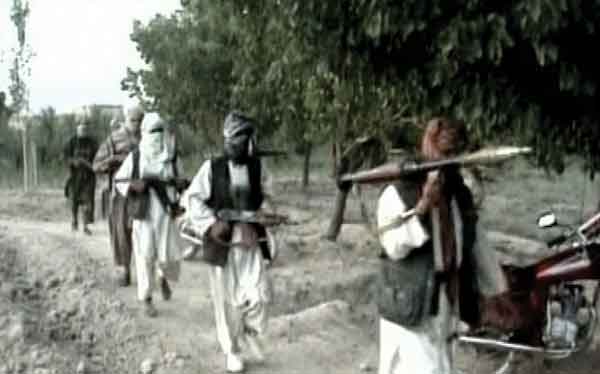 Imran Khan in an interview with the New York Times, stated, ‘Given that the US gave a date of withdrawal, from then onward, our leverage diminished on the Taliban. And the reason is that the moment the United States gave a date of exit, the Taliban basically claimed victory.’ SM Qureshi, Pakistan’s foreign minister, in an interview to an Afghan television channel also made the same comment by stating that Taliban leaders are based in Afghanistan not Pakistan and hence Pak’s influence over them has reduced.

Yet the Taliban are globally identified based on their residence, as the Quetta or Peshawar Shura. The Pak army spokesperson, Maj Gen Babar Iftikhar, mentioned in a TV interview, ‘Pakistan has no favourites among the Afghan stakeholders. The Afghans have to choose their leadership. Pakistan is only a facilitator of the Afghan peace process – not a guarantor.’ Pak has always desired a government in Kabul, which is subservient to it and largely anti-Indian. Hence, till recently it preferred the Taliban. With reality sinking in, its views are changing.

Pakistan’s interior minister, Sheikh Rashid Ahmed, tore apart all claims of his colleagues, when he mentioned in a TV interview, ‘families of Afghanistan’s Taliban live in this country, including in the capital city of Islamabad, and sometimes members of the insurgent outfit are treated in local hospitals.’ Taliban negotiators, based in Doha, visited training camps and hospitals treating their injured in Pakistan, while on a visit to the country early this year. Rashid’s comments added credence to Pakistan possessing control over the Taliban.

Reports emerging from Afghanistan mention Pakistani citizens amongst Taliban fighters killed. Pakistan’s serving army officers have been arrested in Afghanistan with their Pak army identification documents. Bodies of killed Pak nationals, fighting for the Taliban, are received in Pakistan and taken out in processions, draped with Pak national flags.

The Pak air force threatened Afghanistan of air strikes in support of the Taliban. Afghanistan accuses Pakistan of backing the Taliban, which Pakistan denies. The world is aware that Osama Bin Laden was officially sheltered by Pakistan, with Imran Khan even describing him as a martyr. Pakistan’s Madrassas are factories from where Taliban recruits are churned out. Pakistan’s global standing, already at rock-bottom, would sink further, in case Taliban spills beans on the nature of support it receives from them.

A major reason why Pakistan remains on the Grey List is its failure to act against UN proscribed terrorist groups and their leaders, including the Taliban. For a long time Pak supported, funded and trained the Taliban, including coordinating its operations and directing its global outreach. The impression projected was that Pakistan held power over the Taliban and could influence its outlook.

With passage of time the scenario has reversed. The Taliban currently holds the key along Pak’s western provinces and over its economy. It is Pakistan which depends on the Taliban for its security. In his interaction with senators, on the future scenario in Afghanistan, the Pak army chief stated that the Taliban and the TTP are ‘two faces of the same coin.’ The Taliban is employing the TTP to blackmail Pakistan. It could be this fear which is directing Pakistan’s behaviour towards the Taliban.

Pakistan knows that the Taliban and Haqqani network control the TTP, which targets the Pak army, CPEC and Chinese citizens. In its spare time TTP members operate with the Taliban in Afghanistan. The TTP is responsible for maximum civilian casualties, which Pak claims in the Global War on Terror. If Pak reduces support to the Taliban, the TTP launches devastating attacks. Recent ambushes on Pak army patrols resulting in casualties is an indicator of the power of Taliban and its allies on Pak’s western borders.

Taliban can adversely impact Pak’s economy. Influx of refugees from the deteriorating situation in Afghanistan would be an economic nightmare for Pakistan. In a recent statement, Pakistan’s information minister Fawad Chaudhary stated that Pakistan would not permit Afghan refugees to enter their cities. The refugee movement has commenced. It could become a flood as the situation deteriorates. It can only be reduced in case the Taliban stems movement from regions within its control. Reversely, the Taliban could encourage refugee movement and along with them push in members of the TTP to add to Pak’s insecurity.

The third fear is that the Taliban, unlike the nineties, has received global recognition and may not depend on Pak’s instructions as in earlier times. While its government, even if it captures Kabul, may not be globally recognized, however, it knows that it has the ears of major powers, mainly due to its promise of not permitting terrorist groups to operate within. Nations may prefer direct interaction with the Taliban, ignoring Pakistan. Thus, the Taliban could also very well dump Pak.

The Taliban is unlikely to recognize the Durand Line to assuage feelings of Pashtuns on both sides of the border. Such a step would enhance Pakistan’s vulnerabilities. Even currently, despite all claims of close coordination with the Taliban, the Pak army has deployed tens of thousands of soldiers along its Afghan borders to protect it, not from the Afghan army but the Taliban and its allies.

Turkey, which announced its intention of continuing to defend the Kabul airport, even after US and NATO forces leave, has come under flak from the Taliban. The Taliban have threatened to attack Turkish troops. If Turkey withdraws, it would be a sign of weakness, if it continues, its troops could be targeted. It is bound to approach Pak to push the Taliban to lift its threats. Time would dictate which side would bend, Turkey and Pakistan or the Taliban.

Pakistan nurtured the Taliban as snakes in their backyard. These snakes have now grown so powerful that members of the household are fearful of them. The Pak-Taliban scenario has reversed. Currently Pakistan’s economy and security of its western provinces is in the hands of the Taliban and not the reverse. Pakistan has lost the game it commenced. It is the Taliban which is now in the driver’s seat.