Need for incorporating a limitation of liability clause in defence contracts 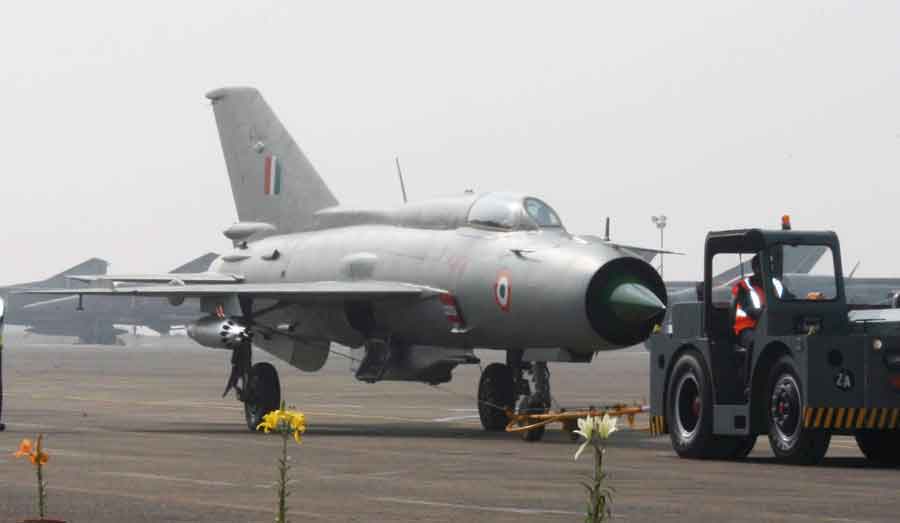 In a verdict pronounced on May 2, 2017, the Delhi High Court awarded Rs 55 lakh to a serving officer of the Indian Air Force by way of compensation for ‘infraction of his fundamental right to life’ guaranteed by Article 21 of the Constitution.1 The officer had sustained injuries when the MiG 21 aircraft he was flying burst into flames soon after take-off from the Nal Air Base on January 4, 2005. The court of inquiry attributed the cause of accident to poor workmanship on the afterburner manifold at the Hindustan Aeronautics Limited (HAL) during production.

Recognising the officer’s right to seek public law remedy under Article 226 of the Constitution,2 which empowers high courts to issue orders or writs to any person or authority for enforcement of any constitutional right, the court made it clear that it was ruling on compensation that would make good the infraction of his constitutional right and not on tortious liability of the defendants.

Be that as it may, and without going into the legal aspects of the verdict, five issues arise from it which merit attention. One, this could become a landmark judgement, paving the way for more such claims being filed not only on the grounds of infringement of the fundamental right to life arising from flying accidents but on account of a wide variety of other causes. One of the observations made by the court is significant in this regard. It says:

“… Over the years, the right to life has been expanded to include within its fold, various facets of what is considered to be essential facets of a life of dignity; a life that represents the minimum that the state must ensure and seek to protect. Amongst these facets of ‘life’ is the right to work in a safe environment. It denotes that an individual engaged in public employment, shall at the very least, work in an environment that is secure and does not expose him to unnecessary harm.”3

This opens up the debate on whether the environment in which the armed forces are working, be it in regard to the personal equipment or the weapon systems they use, satisfies the test of a ‘safe environment’. For example, a bullet proof jacket that does not meet the specifications worked out by the armed forces or a rifle that jams at a critical moment could amount to infraction of the right to operate in a safe environment.

Two, fundamental rights are guaranteed by the constitution to all citizens, including the armed police, paramilitary forces and civilians. The paramilitary forces, in particular, operate in highly troublesome areas marked by the activities of left wing extremist groups and arguably without adequate training, rest and proper equipment. The high court verdict opens a vista for them as well.

Three, the High Court has given directions to the government to draw up an insurance scheme for pilots “against the special risks that they undertake in the discharge of their duties.” While there is no reason to delay it, such a scheme should cover all personnel of the armed and paramilitary forces as well as civilians engaged in high-risk jobs. It would be both graceful and fair to pay a reasonable amount that is seen as an equitable compensation for infringement of the fundamental right to life or damages arising from tortious liability of the government. The government should consider pre-empting aggrieved persons from approaching the courts through appropriate policy intervention. The insurance policy should aim at making it pointless for aggrieved parties to approach the court or creating a reasonable certainty that the courts, if approached by an aggrieved party, would consider the amount already paid to be reasonable compensation/damage. It may be a good idea to enact a law on this.

Four, the High Court verdict is premised on attributability of the accident to HAL, which, in turn, comes from the internal Court of Inquiry (CoI) conducted by the Indian Air Force. There is some indication in the judgement that HAL had not admitted its culpability. Without intending to question the impartiality of the CoI, and HAL’s non-admission notwithstanding, the fact remains that impartiality of the findings in regard to the cause of accident will assume great significance if the government is faced with more and more claims arising from a variety of real or perceived infractions. It would, therefore, be worth considering whether to create or designate independent authority(ies) to enquire into, and determine the cause of accidents, and probably also the quantum of compensation/damages.

Five, while the government as well as the state-owned HAL may pay the compensation awarded in this case without much demur, things could turn out very differently if it were to be a private sector entity that has to cough up the compensation. If anything, such a possibility will increase in future with more and more private sector entities undertaking manufacture, maintenance, repair and overhaul (MMRO) of defence equipment, weapons systems, ammunition, small arms and other platforms. This will require incorporation of suitable clauses in defence contracts.

The High Court’s judgement is bound to revive the debate on the absence of a clause on limitation of liability in defence contracts. Foreign vendors, particularly US companies, have been raising this issue for a long time. The claim for compensation on account of infraction of the fundamental right to life or damages on account of tortious liability of the seller could be raised by civilians also who may suffer such infraction or damage.

In the absence of a limitation of liability clause, sellers are presently forced to cover the risk, wherever they can, by taking insurance policies, the cost of which is ultimately borne by the government as the buyer. The highest risk-prone area, incidentally, is defence and aerospace.

There is some merit in the demand for incorporation of a limitation of liability clause in defence contracts. The matter was discussed in a seminar at the Institute for Defence Studies and Analyses sometime in 2011, which was attended by, among others, the then Director General (Acquisition). The discussion clearly established the need for a limitation of liability clause. But the clause continues to be conspicuous by omission in the standard contract template laid down by the Ministry of Defence. It is not a day too early to revive the debate on this issue.