13 April, 2021
Home  >  Spotlights  > Geopolitics  >  Myanmar: The State of the Peace Process and the Chinese Involvement

Myanmar: The State of the Peace Process and the Chinese Involvement 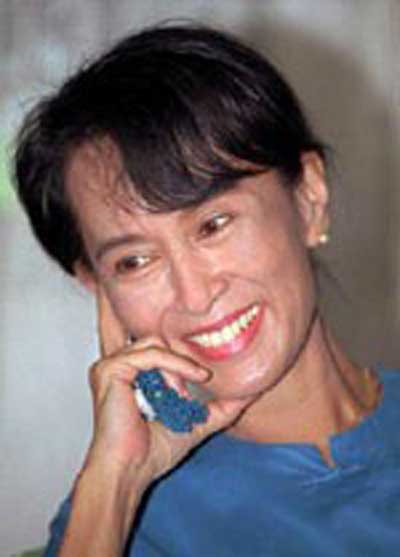 On November 21, Suu Kyi made an important speech at the Advisory Forum on National Reconciliation Process at Nay Pyi Taw in which she frankly explained the challenges the Myanmar Government had faced in moving ahead with the Peace Process.

To me, it looked like a message not only to the domestic audience and various entities like the Army but also to the outside world when she touched upon the Rakhine Issue too.

She said that the three Conferences she had under the banner of “21st Century Panglong Conference” were to seek an end to the armed strife that has ravaged her country since its independence and to construct a strong democratic Federal Union.

Significantly, she admitted of “serious challenges” that remained and of the clashes that continued to break out between the Tatmadaw and EAOs ( Ethnic Armed Organisatins) as well as among EAOs themselves.

By emphasizing that the Panglong Conference also meant to establish a strong ‘Federal’ Union, she indicated her differences with the Tatmadaw (Army).  Another point is the frank admission that the Army’s clashes with the ethnic groups are proving to be a hindrance to the peace process.

But what appears to be important is the new formal and informal initiatives taken by the Government following the third Panglong Conference to seek an end to the armed conflicts that have ravaged the country.

The first was the meeting  held at Nay Pyi Taw on 15th October when Suu Kyi and the Army Chief met some selective representatives of those organisations that had already signed the peace agreement. ( paper number 6444).  But what was considered to be a major break-through proved to be a ‘damp squib’ with the KNU subsequently suspending its participation in the ongoing peace negotiations.  The KNU expressed its disappointment over the rigid stand of the Government.

The RCSS (Restoration Council of Shan State) that followed suit  said that it was disappointed that both the leaders ( Army and the Government)were neither willing to consider integrating its forces with Myanamr military nor disavow its right to secede from the Union.

The KNU and the RCSS are the only two major groups among the ten groups that signed the National Ceasefire Agreement.  In the first week of Nov, the KNU made a serious charge against the Government, that while a political solution is being sought, both the Government and the Army now suggest that they would continue to discuss only on “non-secession and having a single Tatmadaw”.

It would have been a serious setback for the Government if the two groups that had signed the cease fire agreement are to suspend the process when it is being claimed that more groups are  signing the agreement!

Luckily good sense prevailed on both sides and it is now learnt that there were three days of informal talks beginning from 17th November between the Mynamr Peace Commission led by its Secretary U Khin Zaw Oo and a delegation of KNU and the RCSS. It is good to see that both the Government and the Ethnic Armed Groups tending towards more informal talks rather than open public discussions  that would force the two sides take more rigid positions.

Another significant development has been informal talks held between the Government and Represetatives of KNPP and KIO   on 18th November.  The Peace commission’s Adviser Hla Maung Shwe said that the discussions helped to build the trust and clarify the Government’s position on the ethnic crisis.  It is not clear whether the Army which has continued the offensive against the KIA/KIO was on board in these talks.

In our paper 6456 of 1st November, we had discussed about the Chinese initiatives in getting the Myanmar Government discuss with Representatives of the Northern Alliance ( TNLA,AA and MNDAA) at Kunming and that informal talks would soon follow with the KIA also.

The meeting with the KIA despite the fighting still going on in the region between the Army and the KIA shows that the Chinese have succeeded in getting the two together for informal talks.

This meeting was perhaps made possible by behind the scene efforts by Sun Guoxing, the official Chinese representative overseeing the Chinese initiative in the peace process.  Sun Guoxing met Suu Kyi on November 9 and he also had separate meetings with the Peace Commission member Dr. Tin Mye Win, Union Minsiter Kyaw Tint Swe, Minister in charge of Peace Commission and Union Minister of Industrial Cooperation.

China also used some pressure tactics simultaneously.  The border trade came to a standstill with Chinese banning trade in Rice, Sugar and Maize at the border and the Chinese Border Guards patrolling the border to prevent the entry of these goods into China.

It is no coincidence that China finally struck a deal on the Kyaukphyu port under the BRI on November 9, a date around which the new initiative China took to get the Government talk to the KIA, the second biggest armed ethnic organization in Myanmar.

The Chairman of the CITIC group Chang Zhenming who signed the agreement for the company ( not on behalf of the Chinese Government!) said that the agreement was meant to be the beginning of future steps towards greater cooperation under the BRI.  He added that the project is under the BRI that is meant to connect to Western China as well as the East-West Economic Corridor joining other ASEAN Economies.

U Set Aung, chair of Kyaukphyu SEZ management Committee (KSMC) said that project will not amount to a debt burden for

Myanmar a statement that would please China.

It is also not a coincidence that a very senior official, Song Tao Head of the International Department of Central Committee of the CPC of China  in his third visit to Myanmar made a strange statement that the “ the political role of Myanmar’s military was important for stability and development” of Myanmar!