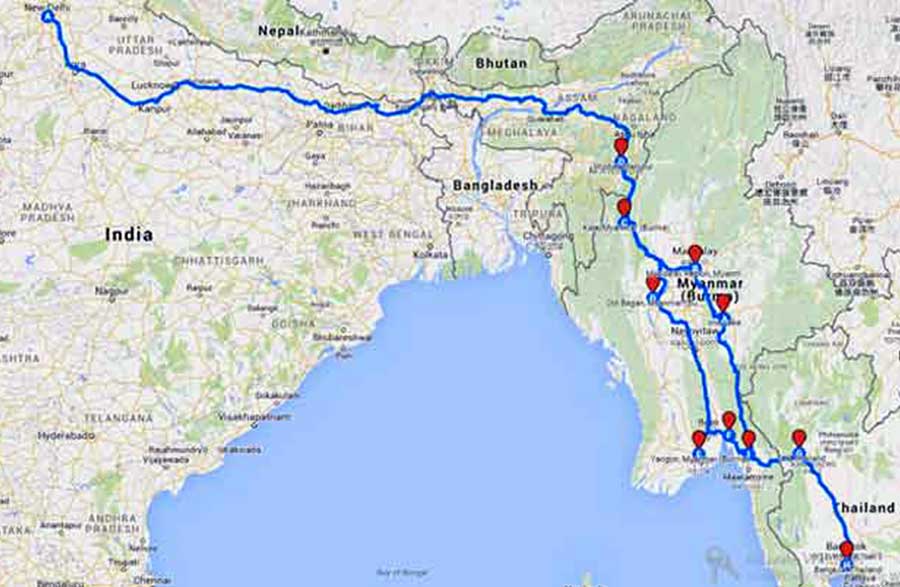 The culmination of the general elections in Myanmar last November, and thereafter the election of a civilian president after five decades of army rule, has brought Myanmar back into the world mainstream, a defining moment indeed. The landslide victory of Ms Aung San Suu Kyi’s party ensured her presidential candidate would also be victorious. The existing constitution of Myanmar debars Ms Suu Kyi for becoming president because her children are foreign citizens. The election of Mr Htin Kyaw as president, has manoeuvred the rule to her advantage; she is now slated to be a ‘State Adviser’, a special post being created for her with de facto executive authority and being above the president himself!

Notwithstanding the outgoing civil-military regime’s reforms, the army continues to hold a quarter of the seats in parliament. Through this representation, it can still play an important political role.

The election victory and the formation of a democratic government mark the finale of a long struggle for democracy in Myanmar. Yet, the ambitions of Ms Suu Kyi to be the leader of her nation have not been met. Instead, her utterances of being the ‘real’ power behind the president, and the proposal of the new government to create a new post for her, can pose serious challenges and problems in providing effective governance to the people. Notwithstanding the outgoing civil-military regime’s reforms, the army continues to hold a quarter of the seats in parliament. Through this representation, it can still play an important political role. In the government, important portfolios as that of defence and internal security continue with the Army. Ms Suu Kyi would do well to realise that the transition to democracy is not yet complete, and that she should not antagonise the army.

Myanmar has an example of Pakistan, which has multiple power centres, with a democratically elected government at the centre. Pakistan faces problems in handling its various insurgencies; the analogy of Pakistan could well be applied to Myanmar, which too, for long, has had multiple ethnic insurgencies. Ms Suu Kyi would be well advised to fulfil her promises to the various Burmese groups, lest she, as an ‘extra’ presidential authority, spends major part of her time resolving insurgencies, rather than working for her people.

Ms Suu Kyi had repeatedly mentioned in the pre-election days that she would be the one to run the country from behind the scenes. She has now taken on four ministerial posts, that of foreign affairs, education, energy, and the president’s office; the post of the State Adviser, if sanctioned, will be her fifth portfolio!

Diplomacy has paid dividends in containing secessionist groups in both countries; it is also an economic opportunity for India as a consolidation of commercial ties can bring prosperity to India’s North Eastern region.

Apart from running the country, whether through a proxy president or herself, a major task as the foreign affairs minister is to maintain cordial relations with the two largest neighbours, namely, India and China. It is to the credit of India that it has maintained steady links with Myanmar throughout its turbulent transition to democracy, even at the cost of riling the western powers. As a result, India is in a strong position to capitalise on the historical and cultural commonalities for mutual development. It is also to India’s advantage that Myanmar is cautious of overdependence on China, which was its main partner during the military regime. Projects such as the tri-lateral India-Myanmar-Thailand highway are important for India’s Act East policy; similarly, the bilateral security cooperation against insurgencies along the common border, are crucial for both nations.

Diplomacy has paid dividends in containing secessionist groups in both countries; it is also an economic opportunity for India as a consolidation of commercial ties can bring prosperity to India’s North Eastern region. To gain further confidence of the Myanmar government and the people, India should enhance its investment in the country’s infrastructure development and follow it up with timely completion. India needs to play its cards in good faith to ensure gains from the potential of a generous strategic and economic relationship.

Ms Suu Kyi has spent considerable time in India, while studying and living here. The teachings of Mahatma Gandhi and Nehru have left a deep impression on her. As the foreign minister, she, therefore, can be expected to be cautious in her approach when dealing with other countries, especially the two largest neighbours. Myanmar has to pay heed to the happenings in SE Asia and Asia-Pacific. Having emerged out of the isolation of decades, Ms Suu Kyi cannot afford to rebut the overtures from USA and EU, especially Britain, where she spent over 20 years of her life, married an Oxford academic, and has two sons who are British citizens.

Myanmar would have to play its cards carefully, keeping in mind the China-US, China-India, and China-ASEAN relations and rivalry.

The focus of management of international relations, however, will be on its dealings with China. When India was supportive of the democratic transition in Myanmar, China was completely on the side of the generals. With the army in power for a generation, China did not find much difficulty in becoming Myanmar’s largest and most influential economic and strategic partner. Yet, the rise in Chinese relations took a beating when the previous president of Myanmar, Mr Thein Sein, took some measures, under growing public opinion, to arrest the increasing dependency on China. With the wind blowing favourably for Ms Suu Kyi’s party, and sensing the impending change in Myanmar, China has lost no time in re-developing ties with the new government; the first foreign visitor to call on Ms Suu Kyi was the Chinese foreign minister.

Myanmar, like many other nations, needs the inflow of Chinese capital and technical knowledge to accelerate development. China, on the other hand, has the leverage of its hold on the militias of various ethnic groups of Myanmar to create internal problems and challenges for it. Myanmar would have to play its cards carefully, keeping in mind the China-US, China-India, and China-ASEAN relations and rivalry.

It is said that Ms Suu Kyi has, in her telephone, more numbers of foreign ministers, and heads of States, than any other foreign minister in the world does. Despite a few recent criticisms of some countries, Ms Suu Kyi continues to enjoy a respected international status; she, hence, is the most suited to pursue the path of friendliness with ease, in the international community, to meet her country’s national interests.