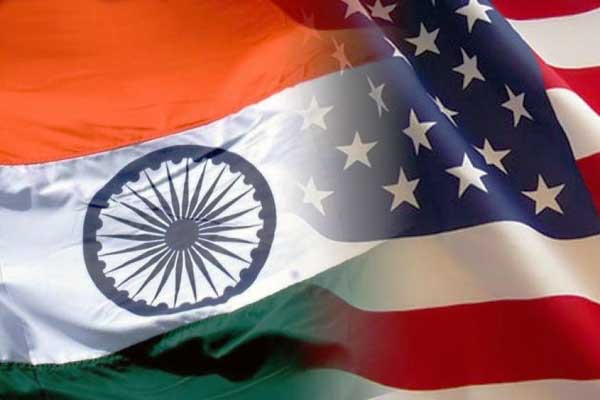 US decision to join 2nd WW was simplified by Pearl Harbour attack. After end of 2nd WW control of Berlin led to open confrontation between USA and the then USSR. Partition of Berlin resolved the issue temporarily because of nuke threat by both nations. World was held hostage to shenanigans of the two super powers in an era called Cold War era. Bi-polar world moved from crisis to crisis for over four decades.

Fragmentation of USSR in 1989 made many strategists believe that finally the uni-polar world has emerged with USA as the only super power. More than the other nations, USA also believed in the hyphenated status of numero uno. If military inventory was the only parameter to decide the numero uno position, USA was and possibly is the numero uno power even in 2021. The famous paradox ‘it is the man behind the machine that matters’ could not have been more appropriate in respect of USA albeit with modifications.

It is ironic but true that USA having most modern weapons and cutting edge technology has never won a war fought by US troops after 2nd WW. In fact US has had to bite the dust always and every time. Be it more than 58,000 body bags from Vietnam or the fiercest terrorist strike anywhere in the world, the 9/11 disaster.

The answer is simple; US leadership has a knack of fighting fire with gasoline. It has committed this folly for past seven decades and more and continues to do so.

US faces the most important acid test of diplomacy. Unless the players withdraw on their own from the field, US has an unplanned T-20 cricket match sans ‘cricketing gear’ with pacers from Russia and China hurling the ball at hypersonic speeds. US is facing near war situation on three different fronts;

All the above can take place within days maybe hours. Let us examine each one.

Russian troop concentration near the town VORONEZH is the largest Russian troop movement since 2014. Although the town is about 200 km south west from the Ukraine eastern border but is close enough for mechanized troops to cover the distance.

Biden administration has not been at its best while dealing with Putin addressing him personally with cuss words. Ukraine’s NATO ambitions notwithstanding, it is extremely unlikely that European nations will support a US led offensive against Russia, if it happens. Putin will have no hesitation in using the ‘Gas weapon’ against Europe thus bringing in the chill of arctic winters.

Although WARSAW PACT is dead and buried but the ‘BRAIN DEAD’ NATO is not exactly in the pink of health on strategic front. Under the prevailing circumstances will NATO oblige USA, if USA decides to take military action against Russia? Extremely unlikely!

Russia has two reasons to attack Ukraine; Firstly Russia does not like Ukraine’s status as Enhanced Opportunities Partner of NATO with impending NATO membership. Secondly, Russia’s insistence that the two eastern provinces with Russian majority, currently part of Ukraine, belong to Russia.

Will USA join the war should China decide to attack Taiwan?

Potential triggers for direct US military intervention could/would be;

Above eventualities were so far in the realm of discussion during seminars but as on date a distinct possibility. Details of Russian and Chinese military in all three dimensions is no longer a script for war games being played out at NATO headquarters. It is as real as the COVID 19 onslaught across the globe.

Core issue is will China and Russia mount a coordinated offensive? Under prevailing international scenario a coordinated strike by Russians and Chinese in their respective areas of interest will offer them the best chance of success and least possible probability/chances of physical military intervention by US Military. Russia has, on more than one occasion, cautioned NATO not to cross the ‘Red Line’, which will become a necessity to stop the advancing mechanized columns of Russian military into Ukraine. Likewise China has steadfastly maintained that Taiwan is an internal matter of China hence—————.

Medians of every triangle intersect at a common point; a basic geometry theorem. India’s present position in the cauldron of effervescent international conundrum is that of the point of intersection of three medians inside the triangle. The three ‘super’ powers China, Russia and USA occupying the three apex points of the triangle. It is an amazing situation; unthinkable or barely thinkable a decade ago. Will India act and make the best out of an otherwise turbulent situation and emerge stronger than ever or will our Americanised intellectuals heading few significant think tanks advise to ‘wait and watch’ or worse still preach ‘strategic restraint’ and ‘flexible response’? It is time for India to respond from position of strength notwithstanding India’s abysmally poor technological status as compared to the three nations sitting at the apex of the triangle. It is the geographical location of India that has finally propelled us into prominence. Russia is without warm water port; China cannot access Indian ocean unless friendly with India; America cannot move northwards of Diego Garcia unless friendly with India. VIIth fleet sailing into Arabian Sea in 1971 was, at best symbolism. US military equipped with superior weapons should know better than mess with an Indian soldier.

Will India use its diplomatic prowess to diffuse the tension, which if allowed to escalate will engulf the globe. Without any doubt Russia and China have moved much closer than ever. Animosity prevailing between China and Russia in 70s has given way to a mature strategic dialogue. Currently USA and not China is the lone ranger in the strategic paradigm shift of views and alliances, both cultural and military.

Amongst all nations in the world India enjoys a unique position. India has excellent diplomatic relations with Israel as well as Arab nations, indeed a success story of Indian diplomats. US threats and/or JCPOA restrictions will not/cannot prevent the impending Israeli strike on Iranian nuclear facility. It is indo-Iran and Indo-Israel bonhomie that might be able to prevent the disaster from becoming a reality. Hopefully back channel negotiations between Iran and Israel through India must be taking place. Ongoing Vienna dialogue will accomplish nothing, if at all.

Successful back channel negotiations by Indian diplomats will achieve two things; firstly prevent Iran-Israel armed conflict and secondly, just might prevent Iran from going nuclear. A nuclear Iran is not only an ‘existential threat’ to Israel but also a ‘threat in being’ to India when viewed in the context of Pakistan. Neither of these will be accomplished by reimplementation of ‘modified’ JCPOA. Israel’s stark warning must not be lost sight of by P5+1 or else—————————.

However the picture is not all that rosy. There are thorns of diplomatic squabble as well. For instance S-400 Indo-Russian deal can, rather will be a thorn between Indo-US relations. Non cancellation of deal might result in imposition of CAATSA by USA. Cancellation of deal will almost certainly result in huge backlash in Indo-Russian relations. Wintering of Indo-Russian relations due to any reason will provide an opportunity to Pakistan (thru China) to bring the issue of J&K for consideration of UNSC. Without a Russian VETO, resolution might be passed. Then what?

Assured Russian VETO in support of India is of far more strategic importance that US imposed CAATSA. China, too will refrain from mischief in near future. USA must alter its jaundiced vision of viewing other nations including India as subordinate or less than equal. US administration continues to hallucinate in its own world of super-power beliefs. Usage of cuss words against other nations is poor diplomacy (POTUS Nixon used cuss word for Mrs Gandhi).

US Needs to Ponder

Should US decision makers decide to intervene militarily, US must be prepared for a nuclear response from Russia. Would US decision makers like to witness a ‘Hiroshima’ in US mainland? US must learn two things; firstly to be part of a heterogeneous group and secondly not alienate friends. Dissipation of one’s energy to protect others might not leave US with enough firepower to protect its own.

USA will do well to review policy of military intervention outside US mainland except for humanitarian cause/aid.

Putin’s categorical warning of a nuclear response to a non-nuclear attack must not be lost sight of. Acid test of US diplomatic prowess will be needed to protect US soldier from being bagged. US state sponsored policy of imposition of will on others is, after all, not a good policy.

Two front war in respect of India is a myth but might become a stark reality for USA, if USA decides to go blundering into the option of engaging simultaneously China and Russia militarily. India should have no role in as far as military intervention is concerned.

Time and opportunity is ripe for India to emerge as a diplomatic super power.