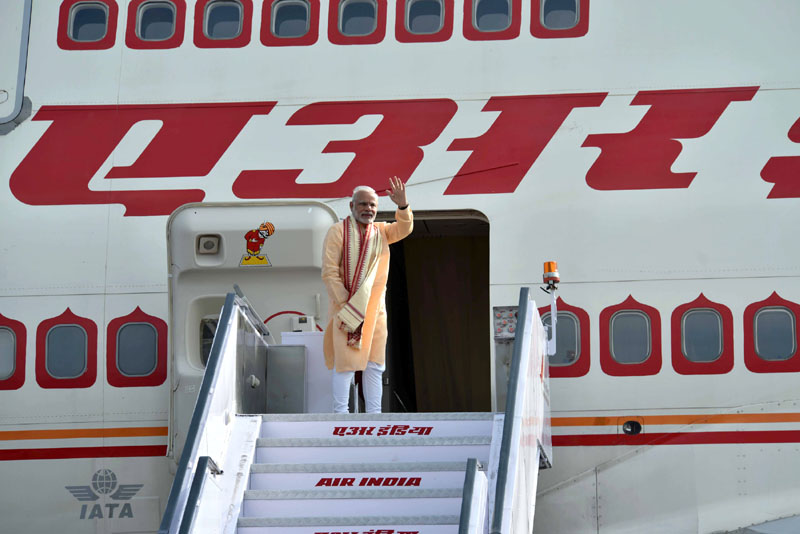 Prime Minister Narendra Modi emplanes from New Delhi for his bilateral visit to Vietnam and G20 Summit in China, on September 02, 2016.

India is extremely fortunate to have a Prime Minister who is leaving no stone unturned to activate our Act East policy. Prime Minister Narendra Modi will visit Vietnam on September 3, 2016. From there he will proceed to attend the G 20 summit in Hangzhou, China followed by the East Asian Summit at Vientiane, Laos; a long official trip which would involve tremendous discussions on numerous issues.

The Vietnamese Ambassador to India, Ton Sinh Thanh, welcomed the decision and it is expected that the visit will open a new page in the bilateral relationship between two intense strategic partners. It is pertinent to note that Vietnam has been visited by our President, Foreign Minister and Defence Minister. Significantly, the visit will be first by an Indian Prime Minister in the last 15 years. The Vietnamese Ambassador has stated that both countries are gearing up to celebrate milestones in the form of 45th anniversary of diplomatic relations and 10 years of establishment of the strategic partnership.

Though the visit is short it would be packed with discussions on the economic, cultural and security issues. The economic issues likely to be discussed would be: oil fields in the South China Sea; commencement of the work at Soc Tranh thermal power plant; imaging projects in outer space and other industrial projects.

The major focus would be on the recent ruling by the Permanent Court of Arbitration (PCA) on the South China Sea. Knowing the close relations between the two countries – Vietnam and China, this issue would be discussed between the top leaders of both countries.  The PCA rejected China’s contention that the dispute is regarding Maritime Boundary delimitation and therefore excluded from Dispute settlement by Article 298 of the UNCLOS Convention. It observed that a dispute concerning whether a State has an entitlement to a maritime zone is a distinct matter and there is no confusion. The PCA also rejected the Chinese argument that as per 2002 ASEAN – China declaration on the conduct of parties in the South China Sea, Philippines was not correct in initiating arbitration. The Tribunal observed that it was a political agreement and not legally binding.

In its award, the PCA considered the implications of China’s ‘nine-dash’ line and whether China has historic rights to resouces in the South China Sea beyond the limits of maritime zones that it is entitled in consonance with UNCLOS. The Tribunal examined the historical record to determine whether China actually had historic rights to resources in the South China Sea, prior to the entry of UNCLOS. The Tribunal considered that prior to the Convention, the waters of South China Sea, beyond the territorial limits, were legally part of the high seas in which vessels from any nation could navigate and fish. Accordingly China had no exclusive rights historically in the high seas. The Tribunal concluded that the ‘nine-dash’ line did not give China exclusive rights in the high seas. This is a moral victory for Vietnam which has not hesitated to place its people on some of the claimed islands.

China has not recognised the verdict and would leave no stone unturned to avoid discussing the issue at the G20 and East Asia summit.

Chinese President Xi Jinping was noted saying that China’s territorial sovereignty and marine rights in the seas would not be affected by the ruling, which declared large areas of the sea to be neutral international waters or the Exclusive Economic Zone of other countries. He insisted China was still committed to resolving disputes with neighbours. Chinese state media reacted angrily to the verdict. Xinhua, the country’s official news agency hit out at what it described as an ill founded ruling that was null and void.  Philippines Foreign Affairs Secretary welcomed the ruling and called for restraint and sobriety. The US State Department called on both parties to comply with their obligations. The Indian Government’s official reaction was prompt and measured which called on all parties to show the utmost respect for UNCLOS.

The ruling by the PCA is certainly a loss of face for China. However, it is pertinent to note that the PCA lacks enforcement capability. Accordingly China could totally ignore the ruling or take calibrated steps to resolve the issue with other countries. China is now moving towards becoming a super power and would do its utmost to get involved in a conflict with the claimant countries. The US would certainly not get involved in a conflict situation on this issue and would work towards a peaceful settlement.

It is possible that China would continue its land reclamation and construction efforts in the Spratly islands. Currently 3200 acres of land have been reclaimed in the seven features that China occupies. This would allow China to maintain a more sustained presence in the area. China has already threatened to establish an Aircraft Defence Identification Zone (ADIZ) which could be utilised for ensuring Air Dominance over the area. None of the claimants have the capability of enforcing the ruling and they have to diplomatically deal with China. 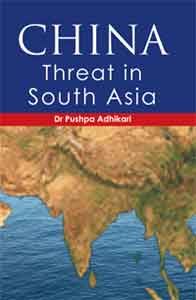 Modi would discuss India’s position on the verdict. The PCA decision does not impact India’s trade routes but being a net security provider for South Asia, must note the move of Chinese PLAN to the first island chain. India must also note Chinese establishment of infrastructure in the Indian Ocean. China is involved in Djibouti in Africa, Maldives, Gwadar in Pakistan, Hambantota in Srilanka, Sittwe in Myanmar and efforts to develop a port in Bangladesh. There is a need for the Indian Navy to develop its capability to keep a track of Chinese naval forays in the region.

The other issues likely to be discussed would be as under. One, provision of BrahMos Super Sonic Cruise missiles. This is an ongoing subject and the issue would need finalisation. Two, training of submarine arm of the Vietnamese Navy. Three, training of Air Force pilots of the Vietnamese Air Force. Four, joint exercises involving sub conventional conflicts between the two Armies, and further, joint exercises with the Indian Navy.

The visit of Prime Minister Modi to Vietnam is a step in the right direction at the right time. The visit does signal India’s courage in respecting UNCLOS and freedom of navigation in the high seas. The visit would further strengthen relations between the two countries.