Use of military terms in non-military fields, particularly after the Second World War, has been quite in vogue. The usage of military expressions like art of war, strategy, leadership, battlefield motivation and so on, is not a matter of semantics alone but even their principal military import and application find wide circulation in disciplines like business, training, technology and others.

The word ‘strategy’, as per the dictionary, relates to the art of war, employment of armies and war-like resources into favourable positions in a campaign, though it is also usable to convey a plan of action in politics or business. Simply put, it is the ability of the people of the nation to generate power, and to have the will and preparedness for a full and effective use of its potential. According to an elaborate definition, it is “that set of shared beliefs, assumptions, and mode of behaviour, derived from common experiences and accepted narratives( both oral and written), that shape collective identity and relationship to other groups, and which determine appropriate ends and means for achieving security objectives.”

Imagine if, in place of Nehru, it was Patel or Subhash Chandra Bose or Abul Kalam Azad or Jaiprakash Narayan at the helm of affairs, the nations responses to security-related issues would perhaps have been more realistic and far-sighted.

It is relevant here to understand the distinction between culture and civilisation. Some identify culture with customs, tradition and convention, while others define it as a code of conduct of social behaviour, or the way of life of a people. Nehru called it ‘the some total of the peoples’ endeavours in different fields of life’. The nearest Sanskrit equivalent for culture is Sanskriti, which literally means purification. Amury de Reincourt qualifies the distinction, “Culture is the pulsating organism endowed with immense flexibility and vitality, in a state of constant irrepressible growth. Civilisation, on the other hand, is the rigid crystallisation of a peculiar society; Culture lays emphasis on the original and the unique, civilisation on the common and general.”

The confusion begins when some use the expression ‘strategic culture’ to convey the intrinsic military mind or the way of warfighting, and others try to encompass in it the entire way of life. Simply put, the strategic culture of a people is their general approach to defence-related issues, which symbolise the nation’s ability to conceptualise, plan and effectively fulfil its security imperatives.

Some lament that ‘India does not have strategic culture’; and in its justification, quote some Medieval Age or post-Independence incidents of the nation’s security having been messed up, which is inherently a flawed inference. One, the nation’s inborn strategic culture or military thought is its natural collective sensibility and responses to the security challenges down the ages. A few incidents, based on the failings of an individual or a group, cannot throw overboard the inherent strategic staying power of the nation.

A self-evident truism is that strategic decision-making is the function of the executive head of the state, aided by a coterie of advisers. Therefore, the individual quality of heart and head of the state’s top leadership can make or mar its performance in the face of an external or internal challenge. Plus, the peculiar conditions of foreign oppression that India went through for about thousand years were not conducive to nurturing a national spirit or strategic culture. Just because the Indian political leadership misread the nation’s security challenges on the eve of partition, or later in the post-Independence wars, it let the military gains go waste at the negotiating table, does not justify running down India’s inherent strength.

Imagine if, in place of Nehru, it was Patel or Subhash Chandra Bose or Abul Kalam Azad or Jaiprakash Narayan at the helm of affairs, the nation’s responses to security-related issues would perhaps have been more realistic and far-sighted. Even in the much maligned and one-sided portrayal of the Medieval Age, there were enough flashes throughout radiating the glow of patriotic and undying military resistance regardless of the temporary downslide India had to undergo.

If the Ramayana and the Mahabharata characterise India’s veritable military psyche, it does not take long to see how even a situational underdog party shrewdly set its strategic objectives, and fought resolutely to win the day. In the Epics, good is demonstrated by acts of exemplary heroism, personal morality and good governance, where resorting to force is the natural recourse to triumph over the evil.

The primary determinant of a people’s strategic culture is how much they love their country or the precedence they accord to it over other factors of life. In the Ramayana, after the hard-fought victory over the Lankan forces, when the victorious Vanar forces looked forward to celebrating the triumph along with their supreme leader Rama, the latter declined King Vibheeshan’s plea of staying on for some days at Lanka. Instead, Rama expressed his desire for immediate return to Ayodhya, with the remarks, “The Motherland is dearer and more alluring than even heaven.” The Epics leave little doubt in the reader’s mind that India’s strategic culture then was a model for others to emulate.

Dr Radhakrishnan observes, “India through centuries venerated the sage against the statesman, a learned man instead of a warrior. That is why India has failed to give political expression to its ideals. The importance of wealth and power though theoretically recognised was practically not realised. India had to suffer for this negligence.” From all sane commentaries on the subject, what is unmistakable is that a forward-looking military mind and its continuous updating are sine qua non for the very survival of the Indian civilisation. 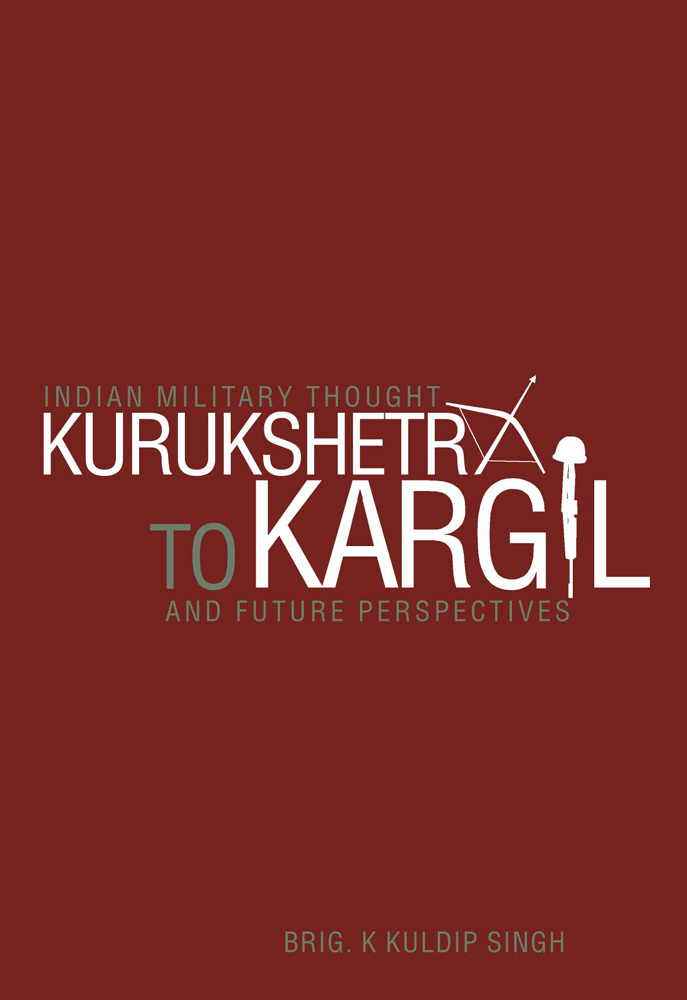 A drift of pacifism obscured India’s vision for some time, when Ahimsa rose as a religious creed. However, often the fact is overlooked that India rejected non-violence when it refused to follow Buddha. One cannot do better than quote an apt observation of K.M.Panikkar on India’s inherent military thinking, “It is not for Ahimsa and pacifism that Ramchandra stands in Indian religion; it is for active assertion of what is morally right. Nor does Krishna stand for nonviolence. Indian freedom can be upheld only by firmly deciding to shoulder our share at all costs in the active defence of the areas necessary for our security.”

In the course of its long history, India has had many distressful periods of being ravaged by fire and sword yet the past shows that it had a far more orderly and warless existence than Europe ever had. In this context, Nehru makes an apt observation, “The notion that the Pax Britanica brought peace and order for the first time to India is one of the most extraordinary of delusions.” India’s medieval history has been largely a victim of misrepresentation.