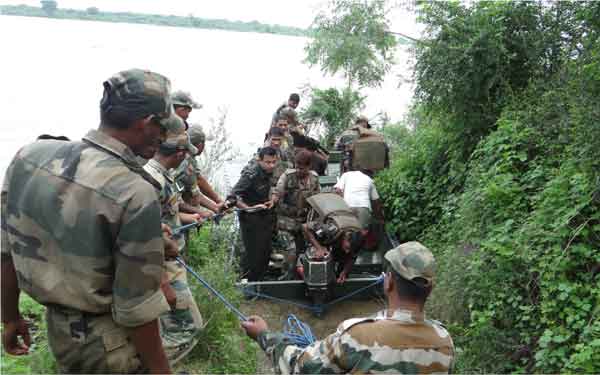 The recent attempted ‘coup’ by the Turkish military has brought back into focus the question of equation and balance between the legitimate government and its armed forces and reinforced the universal requirement of the military being under effective civilian control. A military intervention or coup to be successful needs a close knit military with the capacity and propensity to intervene and society at large to support and accept the military as a better alternative to the existing socio-political-economic situation. The Turkish episode, which displayed no collective determination to take it to its logical conclusion or support by the population at large, could thus at best be described as a mutiny by some dissatisfied elements.

The immediate concerns of a soldier are pay, promotion and pension. Our policies have not been sensitive to these concerns.

Mutiny in military parlance is defined as ‘collective insubordination’ by two or more individuals. Insubordination being defiance or disregard of lawfully constituted authority. The scale of a mutiny may vary from an isolated unit to a number of units spread across the organisation. As always such incidents conjure the spectre of a coup and generate hushed debates within our country. The conclusion this time around was reassuringly clear and unambiguous; that the military was firmly embedded in our constitutional structure and such a situation was most unlikely.

Nevertheless, as in all militaries, the possibility of unrest or dissatisfaction translating into collective insubordination or mutiny exists and needs to be understood. This is not driven by ideology or thirst for power but by unaddressed grievances. Much as we like to see the events of 1857 as a ‘War for Independence’ or in today’s context a ‘coup’ to change the ruling dispensation, the fact of the matter is that it was a case of collective insubordination, albeit at a large scale, whose underlying cause was denial of ‘Batta’ or field allowance to those serving in the newly annexed territories, mistreatment and indifference by superior officers, disregard for the concerns of the soldiery and ‘perceptually’ hurting religious sentiments by introducing greased cartridges.

The immediate concerns of a soldier are pay, promotion and pension. Our policies have not been sensitive to these concerns. The military structure by necessity has to be pyramidcal, hierarchical and single point command oriented. Its organisational culture, ethos and values are more often than not in conflict with what society at large pursues. That all is not well with our military needs no elaboration.

The prevailing state has its roots in the 3rd Pay Commission which equated military service and compensation with the civil services and particularly the Indian Police Service.

The prevailing state has its roots in the 3rd Pay Commission which equated military service and compensation with the civil services and particularly the Indian Police Service. As all entitlements were and are linked to rank, and given the very restricted avenues due to the pyramidcal structure, the military sought to bridge the gap in career prospects and emoluments with the civil services by undertaking cadre reviews, up gradation of appointments and creating additional slots on staff, all of which was counterproductive resulting in much damage to the efficiency and élan of the military.

While a state’s police may have a dozen DGPs with one functioning as ‘The DGP’, and others assigned inconsequential jobs like housing etc, the military can only have one Commander – Army, Corps, Division. Resultantly while the Army has only nine Secretary level officers, the civil service has in excess of 200. Treating the military as a distinct and separate entity was rightly sought and a commitment for a separate pay commission was announced, however, while constituting the 7th Pay Commission it was not done. Unfortunately an opportunity to address the military’s grievances relating to status, pay and allowances as also streamlining the cadre structure in line with the requirements of the military was lost.

Having retained the clubbing and equation with the other services the anomalies have multiplied. It has long been a ploy to refer legitimate demands of the armed forces to the pay commissions and thereafter simply ignore the issue. The 6th Pay Commission was the last straw. It presented the military with blatant down gradation and a patently unfair dispensation. Approved recommendations of the pay commission were distorted while being implemented. Failure to address the large number of issues generated by the 6th Pay Commission finally convinced the military that it had been short-changed and that there was a deliberate attempt to ‘cut it to size’. The 7th Pay Commission has reinforced this view.

The 7th Pay Commission has willy nilly equated the military with the Central Police Organisations or the Para Military and in doing so has even placed the military at a disadvantage. The soldier as the last bastion of the state is brought in when the situation goes beyond the capacity of the other organs of state, and then here we have a situation when this last bastion is equated with if not placed below those very organs! Would the country also accept the military to think, act and perform like these organisations?

Given the pyramid of military rank structure, if anybody needed ‘non functional upgrade’ it was the military. On the contrary the civil services were granted this upgrade by the 6th Pay Commission and the military has been ignored by the 7th Pay Commission. Gross inequalities in hardship posting allowance is another area of disquiet. The recent decision to enhance the retirement age of civilian doctors to 65 years was promptly extended to the Central Police and Para Military Organisations. The military doctor’s claim was contested by the government on the grounds that the military was a separate organisation with separate terms and conditions of service. Ironically this is precisely what the military has claimed all along for working out their entitlements!

The relationship between the State, Society and the Military has been and will remain complex. The military stands out in the triad for being structured and equipped to manage violence while the other two are fundamentally oriented towards securing a peaceful and progressive environment. No organisation cherishes its exclusiveness in terms of role, ethos, culture, values and self esteem as the military. Handling and dealing with the military requires a deep understanding of the purpose and functioning of the military. Unfortunately the abysmal lack of debate in parliament or the public domain on matters military precludes any consensus or collective opinion on matters concerning the military leaving them to bureaucratic arbitration. The results, if not biased, can generously be attributed to lack of comprehensive understanding of such issues.

A close look at the grievances of the military related to pay commissions reveals that the aspiration or demand has not been for being given ‘more’, it has been against the denial of what has been given to the others with whom the military was ostensibly equated. In other words unfair and unequal treatment. The nature of military service, the involved hazards and the organisational requirements are accepted by the soldier as part of his calling. What he seeks is fair treatment in terms of pay, promotion and pension. Just like the country has treated internal unrest in J&K, North East and elsewhere as a law and order problem instead of it being a socio – political – economic issue, and consequently failed to find solutions, so have we failed to appreciate that underlying these demands is a deep sense of having been treated unfairly if not cheated. The powers that be dismiss these demands as Oliver Twist asking for more.

Prolonged deployment on internal security duties has resulted in a perceptible decline in the discipline of the Army.

Perceptions are important, more so in today’s world of instant media communication. The military perceives the government, of whatever ideology, as systematically and deliberately short changing the military. The 7th pay Commission recommendations have reinforced this perception. Comments, analysis and opinions doing the round on the internet and social media are, to say the least, unhealthy.

The military is a national institution. The nation needs to preserve it.

Prolonged deployment on internal security duties has resulted in a perceptible decline in the discipline of the Army. It has contributed to imbibing ‘constabulary culture’ and acquiring the ethical moorings of civil society with whom it is constantly in contact. Man management and unit level administration has also suffered in such an environment compounded by the perennial shortage of officers.

Eroding confidence in the senior leadership coupled with deteriorating discipline is a dangerous cocktail, to say the least.

Much as the serviceman, and by extension the ex serviceman, abhors the idea of agitating on the streets, undertaking fasts or indulging in collective protests, today he sees these as the only options in an uncaring environment. We have already seen the ex servicemen protesting at Jantar Mantar, it would be a disaster if the serving were to resort to similar protests. These would then not be mere protests but collective insubordination.

The military leadership has always been acutely sensitive to any rumblings of discontent suggesting collective insubordination.

The indicator is ‘morale’. To say that the morale of the military has not been affected by successive pay commissions and the perceived politico – bureaucratic indifference would be denying the obvious. Functional equation between the senior military leadership, bureaucracy and political leadership affecting morale is another grave matter altogether.

The military is a national institution. The nation needs to preserve it.