Military Modernization of India Must Include an Urgent Naval Buildup 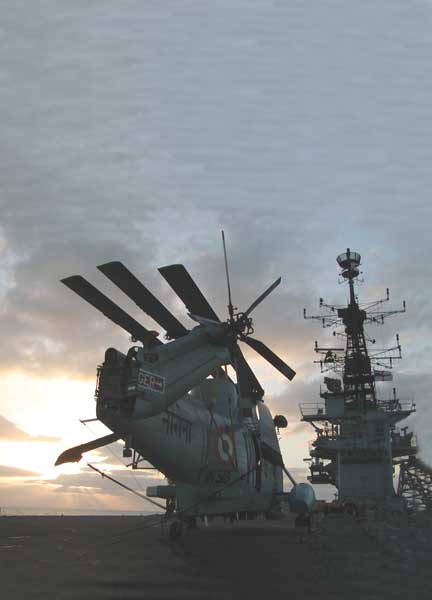 In a recent under-reported news a pair of Chinese warships sailed up in River Thames. This is the first time Chinese warships made port calls in Britain, ad post Brexit Britain seeks closer economic ties with Asian giants. The two ships, Type 54A frigates Huanggang and Yangzhou were on a goodwill visit after anti-piracy missions in the Gulf and Somali coast. They also visited Netherlands and Denmark, two other great nations with sea-faring history. This comes after Chinese navy exercises with Russia, in the Baltic sea.

This comes in at a time, when China is planning to modernize its armed forces and change operational doctrines from a mass mobilization style to a more effective and maneuverable organization. A massive crackdown on corruption was undertaken by the Chinese President, which included the PLA. Chinese policy makers also stated that China faces multipronged threats from different sides. China, as a land power relatively concentrated more on army, but recent developments suggest that China is also focusing on the development of their navy.

This is important for India, as India is the only regional rival, which can or will need to balance China in the near future. China is also, India’s biggest geo-strategic rival in the future. India has also, needless to mention, undertaken a military modernization programme. But the Indian Navy is relatively neglected and that needs to change. There have been developments in the Navy of course; India’s indigenous aircraft carriers are on course; India’s second nuclear submarine is now under trials; India is taking part in regular exercises with Japan and US; and Indian warships recently visited East.

Indian Naval doctrine also states the areas of Indian maritime interests. It is not just terrorism strikes and questions of terrorist threats like the Mumbai attack of 2008 and coastal security. Maintaining Indian merchant marine, in the Indian Ocean region (IOR), maintaining and keeping the choke points, like the Straits of Malacca and Hormuz, open, defending seaborne trade routes from piracy, defending sea resources and fisheries, as well as defending energy security are mentioned in the doctrine. Areas of maritime interest includes not just the entire Indian ocean region, and the choke points from the Somalian coastline, to Hormuz to Malacca, but also secondary chokepoints like East and South China sea.

This is important, as no power can claim to be a great power, if they are also not a maritime power. Land powers, while great defensive power, are not suitable to promote and safeguard oceanic trade routes. And without safeguarding oceanic trade routes, no power will ever rise to a great power status. Indian navy, at this point, is capable of defending its primary areas of interest. But to defend its secondary areas of interest, in what can be termed taking the battle to the enemy’s doorsteps, urgent naval arming is needed.

Ben Wilson’s new book on the history of the British Royal navy is key to understanding this concept and is an urgent read for all military strategists. To take an example from history, the Spanish and the Dutch were both major land powers, as well as great sea faring nations. With the renaissance and the age of discovery, these two powers were leading from Europe in their domination of the waterways. The Dutch controlled the East Indies, while the Spanish empire controlled Latin America. The English, and later on the British however, were a small maritime power; nonetheless they started to develop their navy, on a policy, which was later modified in the 19th century as a “two power navy”. That meant, that British navy, at any given time, would be more powerful that the next two navies combined. In the book “Empire of the Deep”, Ben Wilson charts this course of the Royal Navy.

The rise of the British Navy gave it an advantage, and under the concept of Mare Liberum, the sea and trade routes were under British control. The British then slowly overtook both the Dutch and Spanish, and later on the French and German to be the greatest maritime power in the world. So much was the power of the British navy, for the three hundred years that followed, that, apart from   military domination across the globe, the British navy also guarded the trade routes, as well as was free to continue scientific exploration of the polar regions.

Similarly, since the fall of the British empire, that control of the seas has been under the United States Navy. Even during the height of the Cold War, it was US Navy that controlled the sea. We now stand at a situation when the unipolar world is gone. While there’s near zero possibility of a war between China and the US, those two remain two global powers, and their interests would not always match, as evident from the South China sea scenario. The Chinese ambition in Indian ocean is very clear, as research has proved, as is the chance of an immediate India-China naval conflict.

The need is therefore to urgently form a naval doctrine and strategy, which will not just be a strong deterrence, and a show of great power, but will allow not just a control and safeguard of the sea and trade routes across Asia Pacific. For that full spectrum strategy, urgent naval buildup is a must.