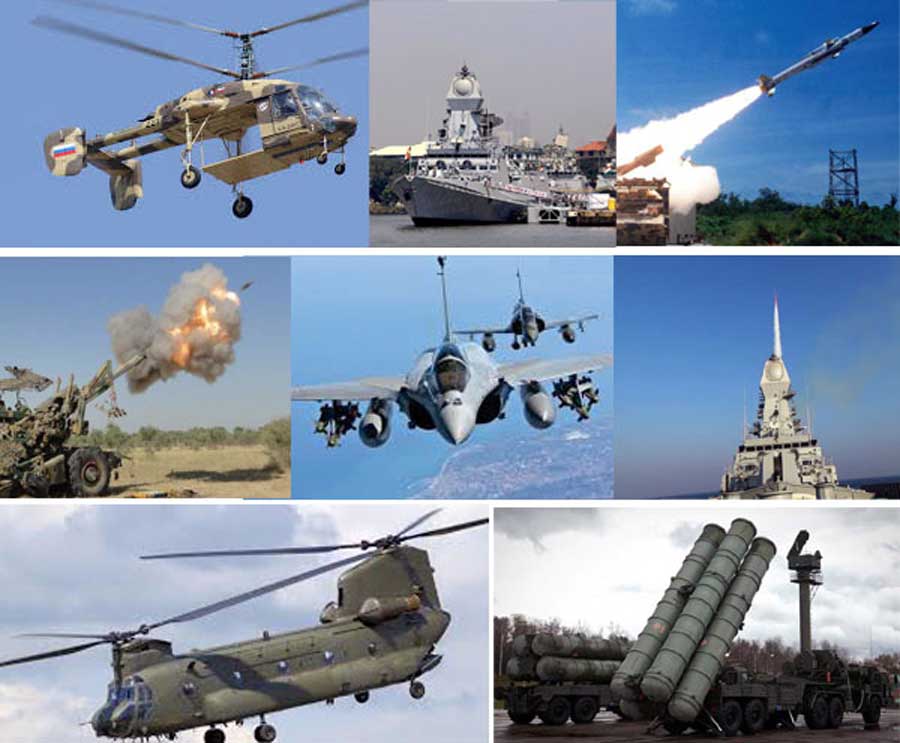 On 20 June 2016, in a move to provide a “major impetus to employment and job creation”, the Union Cabinet chaired by Prime Minister Narendra Modi “radically liberalised the FDI [foreign direct investment] regime” in a number of sectors including defence.

The liberalisation of the defence FDI regime was carried out by easing certain conditions for foreign investment. As per the new defence FDI regime, foreign investment beyond 49 per cent (which would mean giving controlling equity stake to the overseas investor) is permitted through government approval route “in cases resulting in access to modern technology in the country or for other reasons to be recorded.”

The earlier condition of “access to state-of-art technology has been done away with.” The further easing of conditions was made by permitting FDI for the manufacture of small arms and ammunition covered under the Arms Act 1959.

With the above easing of conditions for defence FDI, the key question that now arises is as to whether the new provisions would bring in any palpable change in the flow of foreign investment/technology to the Indian defence industry.

This assumes significance given the fact that defence industry has so far remained the most poorly explored sector by overseas investors (see Table), even though more than 15 years have passed since the sector was opened for foreign participation.

The change in condition with respect to FDI limit alone is unlikely to make a major dent in the flow of foreign investment. This is primarily because of the nature of defence investment/technology, which is unique in at least two ways.

First, unlike in other sectors, FDI in defence deals involves high-end technology and therefore technology transfer to a third party is jealously controlled by government not by companies per se.

Second, even if a foreign government were to decide to transfer a technology for the purpose of manufacture to another country, such a transfer is often linked to a hefty sum of returns. It is rare that a foreign company makes a huge investment to produce major platforms in a third country with a view to make that country an export hub. This is what the Indian defence FDI policy has repeatedly failed to appreciate since its inception in 2001 until now.

The uniqueness of defence FDI, therefore, demands a different approach to make foreign investment count in defence. The appropriate approach, in a broader sense, would mean giving a degree of assurance that the inflow of investment/technology would be commercially lucrative.

This can only be ensured by giving a minimum order quantity to the interested investors. It is to be noted, however, that giving an assurance to a foreign investor is not an easy task for any government, as such an assurance has to balance the need for foreign investment with protecting the interests of the domestic industry.

There is no doubt that India needs substantial inflows of foreign technology to push the ‘Make in India’ initiative in the defence production sector. However, the inflow of technologies, especially ones that involve foreign entities holding a controlling stake, has to be in sync with India’s own defence industrial interests and policies.

The Ministry of Defence has, on its part, made it clear that it wishes to exclude certain projects and companies from being owned/controlled by foreign investors. As per the Defence Procurement Procedures of 2016 (DPP-2016), companies with an exposure of more than 49 per cent FDI would not be considered for ‘Make’ projects. Similarly, Strategic Partners (SPs), which the Modi government is contemplating to select from among the private sector companies for execution of high-value projects, are to be barred from having more than 49 per cent FDI.

This is where the government has to make a selective intervention in order to make the FDI policy work while protecting the interests of home-grown entities. Given that no meaningful FDI is likely to come without a purchase assurance, it would be better if the government announces a list of projects that would be eligible for more than 49 per cent investment by foreign companies.

The list of projects, however, needs to be carefully selected in consultation with the domestic industry to ensure that foreign investment does not kill genuine local capability.