The next step is to translate this recorded data into a form from which a trained operator will be able to discern new intelligence. This recorded data could be either on a photographic negative film, or analogue electronic recording or digital recording. It could be transmitted in real time to a suitable work station or brought back as stored data. Each arrangement calls for increasing level of technological implementation backed by necessary infrastructure. New incorporations on a flying machine are far more expensive in comparison to other platforms based on land or sea due to the need to minimize the weight. 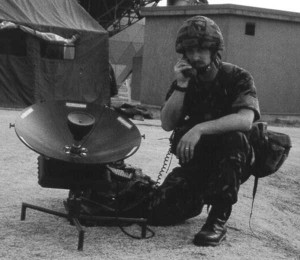 Once the data is presented in an interpretable form to the trained photo interpreter, the output of intelligence can be expected. However there are stages of interpretation each requiring increasing amounts of time dependent upon what and how much information is required from how many photo frames/prints. Specific questions at precise locations would get the fastest response. A request like general surveillance activity over a broad front will take days, often running into double figures. The size of target and deception measures employed will make the task easy or difficult. Increasingly computer software is being used to help the human interpretation, but it is still a formidable task to detect small targets.

Real time intelligence literally means information on an activity as it happens. Near real time is a more realistic possibility. Timely intelligence is the one which permits sufficient reaction time to deal with events as they happen. To elaborate, information about static targets is really not time critical because static targets cannot move after being detected. But information about mobile targets is extremely time critical. In the time taken to react from detection, typically few hours in average conditions, the mobile target can/will move away. Definitely if enemy attack is likely, it could resort to deception measures. It could conceal itself, it could mix amongst the innocents. Even large but mobile targets are tough nut to crack.

The example of Scud TEL (Transporter Erector & Launcher) hunt during Gulf-War-91 is revealing. About 2493 sorties backed by the most elaborate detection infrastructure including satellites in space, AWACS in the area etc produced only 25. kills. If this is the case with a set of vehicles measuring nearly 20 meters along with fiery signature of Scud missile launch, imagine the possibility against few individuals terrorist masquerading as innocent civilians.

The shortest time cycle from detection to useful information for tactical commanders in KOSOVO during the 78 day air campaign in 1999 was about 10 minutes. It involved a U-2 collecting intelligence, sending it back to Beale Air Force Base in California, USA through SATCOM. From USA it was forwarded to Fort Meade, Maryland for analysis and then back to theatre.7a Mark Hewish, an expert estimated this time to be 15 minutes using Predator UAV in conjunction with Global Broadcasting Systems.7b

During the ongoing Afghan war this cycle has been reduced to few minutes employing conventional model.

There was another interesting example of target detection to target destruction during Kosovo Air Campaign. An F-117 pilot on his return from a live mission spotted a MiG-29 ac on one of the airfields. He relayed this information via SATCOM to a ground station in USA, from where the data was passed to Norfolk Virginia to the Tomahawk mission planning facility. From Norfolk Virginia a new mission plan was sent to a ship in Kosovo area for onboard Tomahawk missile. The missile after programming was launched against the detected MiG-29. 101 minutes elapsed between target detection and its destruction.7c

During the ongoing Afghan war this cycle has been reduced to few minutes employing conventional model. However armed Predator UAV can detect and immediately destroy a target if it has been so programmed. So in cleared cases detection to destruction cycle has been shrunk to seconds.

This refers to Intelligence on adversary electronic systems, mainly the Radars. It could also include other electronic sensors used for detection like the Electo-Optic, Infra-Red, Thermal Imaging, Laser Systems etc. Here again fundamental requirement is to find the exact location of electronic systems. In this there are limitations. The pinpointing error can vary from tens of meters at best to errors in kilometers at worst. It depends upon the means employed, their distance from the target etc. Thus satellites when employed in ELINT role will have largest errors. Also the error will be a function of the orbital height of the satellite, whether low earth orbiting or geostationary at 36090 kms. Further the satellite, larger the error.

…for intelligence inside buildings, underground structures, forested areas etc HUMINT will continue to be the main source for years to come.

ELINT equipment mounted on aircraft and UAVs will provide better accuracy. No doubt the PGMs accuracy in 2-3 meters is good for assured target destruction, in reality the accuracy will get degraded to that provided in locating the electronic emitter.

Apart from physically destroying radars i.e. hard kill, there are means of soft kill. That is to insert malicious software in enemy radar to corrupt its information. Electronic Counter Measure (ECM) systems are meant to do precisely this. This, to be successful, requires a lot of technical information on electronic parameters of the concerned system—sometimes, as many as ten parameters, like frequency, pulse width, PRI, power output and so on. As the knowledge on parameters reduces, so does the ability to fool that system.

This is not all. As a part of Electronic Counter-Counter measures (ECCM) the manufacturers now build in many variable frequencies in Electronic Systems. The moment the system senses ECM it switches on its ECCM. Thus again diluting efforts towards soft kill.

Finally one is never too sure about the amount of success that occurs in soft kill. Even in case of hard kill, it is difficult to guess the time required to repair and reuse the system.

Having seen limitations of the various means of intelligence gathering, it becomes clear that the multiple inputs must be co-related to derive as complete a picture or mosaic as possible

During World War II the Allies broke the German communication encryption code called “Enigma” as well as the Japanese communication code. The Allies then used the Intelligence gained to their great advantage. For more than three decades under the unacknowledged “ECHELON” sigint system, the USA along with UK has monitored telephonic conversations on a world wide scale. But there are limitations in the system which one can exploit to his advantage.

The obvious ploy is to deliberately feed wrong information. However this will need corroboration with other sources of intelligence. Second is the use of local multiple dialects, which the enemy may not be familiar with. 200 plus Indian dialects will enable this possibility easily. During 1971 Indo-Pak war this tactic was made use of.

Even inside buildings, the layout is difficult to discern unless HUMINT or buildings blueprints are available. Militaries, the world over, locate many of their centers underground.

The conventional sensors can not penetrate earth surface to see underground. Thus, Intelligence on anything which is located beneath earth’s surface is rather difficult to come by.

Even inside buildings, the layout is difficult to discern unless HUMINT or buildings blueprints are available. Militaries, the world over, locate many of their centers underground. This gives them high degree of protection against prying eyes of the Intelligence sensors, unless poor camouflage of the sight gives away its location.

Experiments are on to develop Radar which could penetrate earth’s surface to a reasonable depth. However the progress on penetrating bombs and specialist fuses which can count the number of floors and then allow detonation at a predetermined depth is more noteworthy. Micro UAVs promise to enable recce inside buildings. Limited capability exists against underwater objects. Therefore, for intelligence inside buildings, underground structures, forested areas etc HUMINT will continue to be the main source for years to come.

Having seen limitations of the various means of intelligence gathering, it becomes clear that the multiple inputs must be co-related to derive as complete a picture or mosaic as possible. Good and accurate HUMINT will continue to play a major part as far in counter insurgency. Nevertheless we must also look at future possibilities and examine their integration. 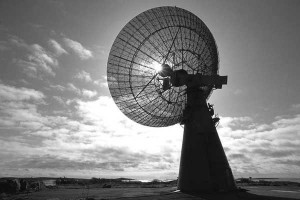 Some of the ideas suggested below possibly are already in use at some places. They are mentioned to underscore the need for their greater usage in counter insurgency. Digital cameras and Handy Cams Video camera operated by one of the crew in a light two seater aircraft earmarked for surveillance may enable capture of relevant data. Greater amount of surveillance by light aircraft must be planned. Micro-lights which are much cheaper and easy to operate must be re-examined for inclusion in surveillance duties. In many areas excellent mobile telephony connectivity exists.

Here the use of telephony or SMS must be incorporated. The emerging smart phones have good capability to photograph and SMS the data in real time. Real time intelligence often does not need encryption, so commercial capability can be used.

To conclude, all of us tend to be over optimistic about the information possible from — various technical sensors used for Intelligence collection. The out of context description of sensors by manufacturers highlighting only the best capability in ideal conditions is partly responsible for the illusion. Actual Intelligence gathering and its analysis is a painstaking, time consuming activity. Its result requires continuity for accurate results. As newer sensors are developed, so are the counters. Intelligence can seldom be 100 percent correct. A good planner caters for this shortfall and contingencies in his plans. Only when we understand the limitations, we can devise a sound plan.

One thought on “Limitations of Technical Intelligence”