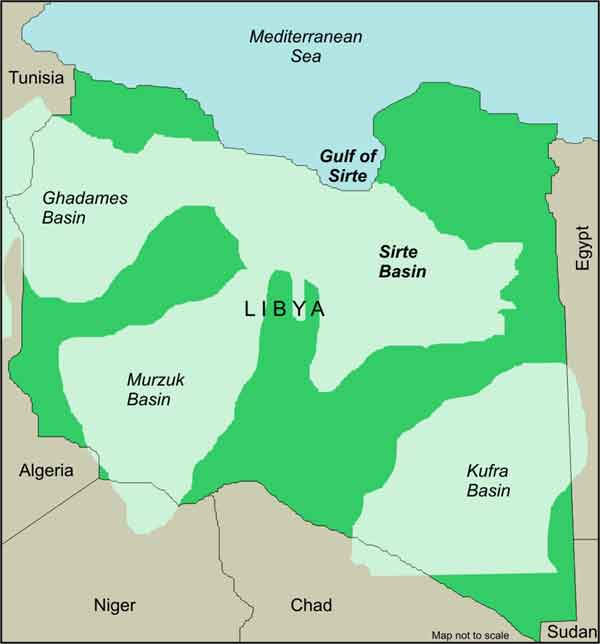 Editors Note: The region of West Asia stretching across Africa north of the Equator is on the boil. Countries ranging from Yemen, to Iraq, Saudi Arabia, Jordan, Syria, Gaza, Libya, Sudan and Chad all are in involved in some form of conflict. The gainers are those who supply arms and ammunitions to these countries – mainly US, Russia and China. Considering the profitability of these sales the conflicts will not be over for a long time to come.

General Khalifa Haftar’s ongoing offensive against the capital Tripoli based Government of National Accord (GNA) is not going very well even after couple of months of intense fighting. Haftar’s forces have however failed to breach the southern defences of the city. That is mainly because the militias allied with GNA are fighting in their backyard, those militias do not have long supply lines to protect, freeing their forces to move quickly as necessary. On the contrary Libya National Army have major problems with their supply lines, which stretch across hundreds of kilometres of desert to its base of operations near Benghazi. But despite this still General Haftar is the most dominant player in Libyan political landscape as of now and controls according to some estimates 70 to 80 percent of Libya. General forces have both strengthened their hold on their stronghold in Cyrenaica in eastern Libya and advanced slowly towards western Libya into critical terrain since May 2017. Moreover, recent push in southern region of Fezzan has left Haftar in control of most border crossings and many key oil installations, including the large oil fields in the Murzuk basin.

The veteran general clearly understands different dynamics of power in Libya based on region, city, tribe, political factions, ethnicity, and militia membership. That’s why Haftar ensured that he gets support from major tribes like- Magharba, Baraasa, Hasa, Obaidat and up to a some extend Zintan which has most powerful tribal militia called Zintani brigades. Last year Haftar established contact with western Libyan tribes Warfalla and Tarhouna as well. Speaking of foreign backing General looks strong there also even as the Tripoli based government has international recognition, Haftar has the backing of Egypt, France, the United Arab Emirates, Saudi Arabia, and Russia. The rumours are in circulation that the Russians of the Wagner Group, the main private military group used by Russia, are present in the LNA forces. United States President Donald Trump, spoke by telephone with General Haftar recently and recognized his significant role in fighting terrorism and securing Libya’s oil resources which has definitely boasted morale of Haftar and his forces. Hence General has carefully taken care of internal and international dynamics and ensured that it worked in his favour.

On the military strength as well Haftar looks stronger. General’s Libyan National Army which is the strongest force in Libya at this point in time in terms of both men and material. LNA consists of nationalist coalition of military units, local and tribal militias, Salafi fighters and Sudanese mercenaries, particularly from the Darfuri rebel groups. The LNA currently controls the populated areas of eastern Libya, the oil crescent region, and strategic military sites in the southwest which has boosted the role of General Haftar has game changer in Libyan politics. Haftar’s forces are also unique in Libya as they include a small but functioning air force. Because of the large numbers of trained ex-Gadhafi air force personnel who joined his cause, Haftar has almost complete air superiority over Libya. He’s used this to launch air raids on Tripoli, Misrata and the western mountains, as well as in close-air-support missions in Benghazi and Derna. His jets have targeted civilian infrastructure, such as Tripoli’s Mitiga Airport, the capital’s only functioning air terminal since forces allied to Libya Dawn destroyed Tripoli international airport last year.

Kalifa Haftar is also hoping to capitalise on the increasing discontent among the civilian population in western Libya. The situation inside Tripoli has been steadily deteriorating. Crime, insecurity and corruption have been on the rise, while living conditions have markedly worsened as the local economy has struggled and the provision of social and health services has nearly collapsed. The capital is divided between different militias with different vested interests, and the GNA is itself weak and corrupt to control them. Haftar has tried to project himself as a military strongman who could unite the country and bring back stability and order. This self-styled image as Libya’s saviour has been promoted by a massive propaganda programme propagated by backers of Haftar. Due to this significant number of Libyans now see Haftar as the only person which can bring some form of order in there lawless and chaotic country.

It’s a reality now that united Libya is unimaginable without the support of General Haftar. He is too powerful to be ignored. So, to ensure a long-term stability for Libya regional and international backers of Haftar should convince him to play a constructive and stabilizing political role and not just solely rely upon military means. A comprehensive political settlement that includes participation from all Libyan political parties and important forces on the ground in any potential settlement in the only way forward for Libya. Haftar also has to be engaged heavily to play his significant role for any future political solution and he should be offered a greater role to play in any future arrangement.