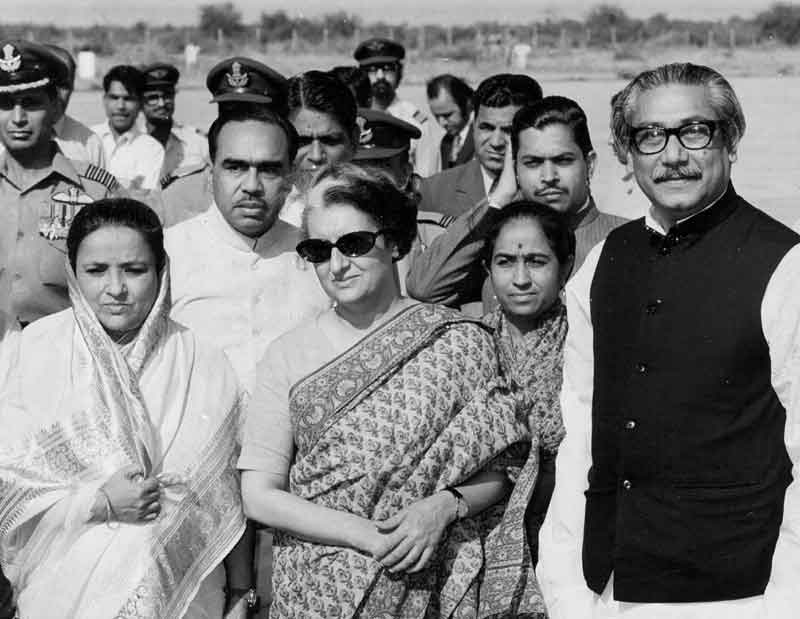 15 August 1975 was the 37th death anniversary of Sheikh Mujibur Rahman, Bangladesh’s first president. His assassination by army officers in 1975 was followed by years of dictatorial military rule till 1991 when elections took place. The Bangladesh Nationalist Party (BNP), a creation of General Zia-ul-Rahman, won the elections that year. But it was only two decades later that India had a friendly government in Dhaka when the Awami League (AL) led by Sheikh Mujibur’s daughter, Sheikh Hasina, won in 1996.

For Bangladesh, 2013 is crucial – it goes in for elections when Sheikh Hasina’s current (and second) term ends. The two main parties, the ruling AL and its rival the BNP (led by Begum Khaleda Zia) have begun jockeying for position. The fate of this bitter rivalry will determine Bangladesh’s future and will also have a bearing the country’s relationship with India.

The race to the top will be a close one. Since 1991, the BNP and AL have alternated in power, but the important thing is that the two had won roughly the same percentage of votes till the 2008 elections: the AL collected 49.2 % of the votes for its 230 seats while the BNP had 32.7% for its 30 seats. Can the AL repeat its victory? If so, what does it have to do retain its hold and what should the opposition do to defeat the AL? The answers will probably become clearer in the next few months.

There are several crucial issues that Sheikh Hasina will have to fix before the elections and India will be concerned about the course of events there. The India-Bangladesh relation is somewhat like the India-US relations – despite all ingredients, the full potential for a close relationship has not been realised.

India should be innovative and more proactive. Otherwise, a slide into right-wing religious fundamentalism in Bangladesh will be dangerous for India.

One of the issues that need a closer watch – and which may cause problems – is the progress of the war crime trials on the atrocities committed during the 1971 War of Liberation. So far, the tribunal has indicted seven prominent leaders of the Jamaat-e-Islami (JeI) and two who had later joined the BNP. The nine have more than 100 charges against them. It will be a difficult task for the Sheikh Hasina government to bring about a closure before the next elections. Already the BNP has begun its belligerent protests against these trials.

Both the BNP and the JeI have dismissed the proceedings of the International Crimes Tribunal as a mockery and in June, the BNP acting secretary general threatened that the party would not contest the next elections if it is not held under a caretaker government, an arrangement that the AL has done away with. Obviously, the BNP-JeI gameplan is to ensure that the proceedings are delayed till the elections.

Sheikh Hasina has shown courage and determination to come down heavily on terrorists and has launched these long-delayed trials. With elections approaching, the issue has begun to transform into a bipartisan struggle between the AL and the BNP. Sheikh Hasina has had to battle the distorted history crafted by the army-led government and the two BNP governments. School textbooks removed all references to the war crimes and collaborations, and resorted to vague generalities about the killings and rapes up to December 1971.

A 1981 United Nations Human Rights Commission report had described the genocide in Bangladesh as the worst in history with at least 1.5 million people killed in 267 days of carnage. Other estimates say there were 3 million deaths and 200,000 women were raped. The JeI will undoubtedly appeal to its religious ideological base and allege that the government is using the trials as a means to suppress the JeI politically.

While India dithered, the Chinese were off the mark quickly and offered to finance the construction; indecisions like these and the Teesta waters issue often lead to the comment: “India promises, China delivers.”

It was during the second term of Khaleda Zia that many Islamic radical groups joined forces (including the JeI and the Islamic Chhatra Shibir) and this cross-fertilisation among the groups eventually led to massive bombings on August 15, 2005, when 500 bombs exploded simultaneously in 50 cities of Bangladesh. Although the group was banned and its leaders convicted and executed, followers of organisations like Jagrata Muslim Janata Bangladesh and Jamaat-ul Mujahideen Bangladesh still exist and the JeI would want to make use of them for its agenda. There is an apprehension that should the BNP-JeI combine regain power, this may be the last election in a long time in Bangladesh.

Sheikh Hasina has had her share of problems with the army too – there was a revolt in the ranks earlier this year. Although successfully foiled, there has been growing resentment within the army about the government’s policies on fundamentalism and India, the growing influence of radical organisations like the Hizb-ut Tahrir and dissidence within the army.

Some recent developments also do not help Sheikh Hasina’s cause: the Teesta water sharing agreement has not taken off and if New Delhi keeps succumbing to Kolkata’s pressures, it may never come through. This failure will be exploited by the opposition. The Indian government has to be more assertive as the gains to India would also be immense.

The World Bank’s abrupt withdrawal from the $2.9 billion Padma Multipurpose Bridge, a major infrastructure project that would connect south-western Bangladesh to the rest of the country, was a setback to Sheikh Hasina. While India dithered, the Chinese were off the mark quickly and offered to finance the construction; indecisions like these and the Teesta waters issue often lead to the comment: “India promises, China delivers.”

As a neighbour, India would remain keenly interested in developments in Bangladesh. India should be innovative and more proactive. Otherwise, a slide into right-wing religious fundamentalism in Bangladesh will be dangerous for India.