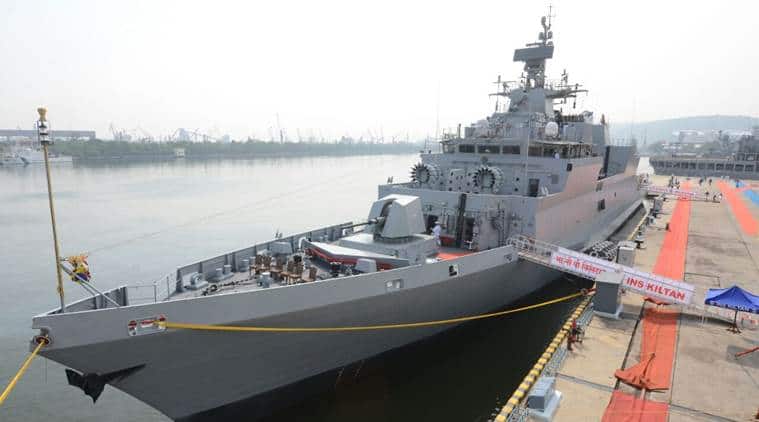 In a significant development related to the Indian Ocean region (IOR), the five-nation, three-day La Perouse naval exercise led by France will conclude on Thursday (April 7). The participating nations include the USA, India, Australia, and Japan. They were conducted in the eastern IOR.

This multilateral Quad plus one exercise led by France is significant in a politico-diplomatic sense, for it, follows the March 12 summit of the Quad nations (USA, India, Japan, and Australia) that had resolved to uphold the principle of a rules-based international order in the Indo-Pacific.   The shared objective with Paris is evidenced in the press release that India released, which notes: “Participation by the Indian Navy in the exercise demonstrates the shared values with friendly navies ensuring freedom of seas and commitment to an open, inclusive Indo-Pacific and a rules-based international order.”

France has a distinguished pedigree as a naval power – one that is comparable to Great Britain in the context of the IOR.  It is one of those momentous quirks of history that the more astute application of naval power (and a dash of luck) tipped the colonial scales in London’s favour as far as the Indian sub-continent was concerned.

In the late 18th century, consolidating their presence in peninsular India was the objective of both France and Britain and the encounters between two doughty admirals Pierre Suffren and Edward Hughes – in the Bay of Bengal and the Arabian Sea had considerable strategic import. Their multiple encounters at sea had a see-saw character and one tipping point, Paris was unable to comprehend the strategic import of controlling the seas and provide the necessary support to a beleaguered Suffren. A critical naval battle was thus lost by Admiral Suffren and progressively France had to cede the sub-continent to Britain.

France had many illustrious navigators in the colonial era and it is instructive that the current exercise – La Perouse is in memory of one such explorer – Jean François de Galaup, Comte de Laperouse (1741-1788). He was a distinguished French naval officer and an intrepid explorer.   Tragically in his last voyage, his expedition vanished somewhere in the southern Indian Ocean or Oceania. There are many theories about how this ill-fated expedition ‘disappeared’. To its credit, France has kept this explorer’s memory alive in different ways.

The current edition of La Pérouse comprised two French naval ships -Tonnerre, an amphibious assault ship and the frigate Surcouf. The US Navy fielded the amphibious transport dock ship, USS Somerset. Australia was represented by HMAS Anzac, a frigate and tanker Sirius while the Japan Maritime Self Defence Force ship (JMSDF) marked its presence with the destroyer Akebono. India was represented by two warships – INS Satpura and INS Kiltan, along with the P8I (Long Range Maritime Patrol Aircraft). In addition to the ships, integral helicopters embarked on board the warships were also part of La Perouse.

France is a resident power in the IOR by virtue of its island possession – Reunion – and maintains a continuous presence in the Indian Ocean. This is effected through its ALINDIEN – a French admiral who ‘lives’ on his flagship in what is essentially a ‘permanently afloat’ French command.

Thus France maintains a modest but credible naval presence in the IOR and this capability, when combined with that of the Quad nations exudes a certain degree of collective resolve in a critical maritime domain.

Over the last year, both UK and Germany have also indicated that they propose to send their naval units to the IOR periodically for joint exercises, given the salience now accorded to the Indo-Pacific as a region. The Quad in its current, post-March 2021 summit profile (Quad 3.0) is slowly emerging as the fulcrum of like-minded nations in the Indo-Pacific. What is evident is that policymakers among these nations have moved swiftly in the maritime domain to signal their combined professional capability and political resolve to uphold a principle – the sanctity of international law.

While there is a non-linear and unstated allusion to China and its assertive/aggressive conduct in the SCS (South China Sea),   where Beijing has flouted and rejected international law (in relation to the submission made by the Philippines to the international tribunal) – the Quad nations along with their partners would have to be cognizant of the anomaly of their position when it comes to Diego Garcia and the interpretation of the legal metric. This contradiction would have to be addressed consensually with the local stakeholders.

In all likelihood, the IOR will see more of this kind of Quad 3.0 plus-minus groupings depending on the exigency and the more recent humanitarian assistance provided by India to the IOR littorals by way of the COVID vaccination and emergency food/water supplies is an illustration of the SAGAR (Security and Growth for All in the Region) ethos – India’s policy or doctrine of maritime cooperation in the Indian Ocean region.

The Quad must be nurtured around an inclusive and holistic agenda and the security-strategic strand will be embedded in the collective naval presence that is maintained in the Indo-Pacific.  La Perouse is an apt illustration of that orientation.